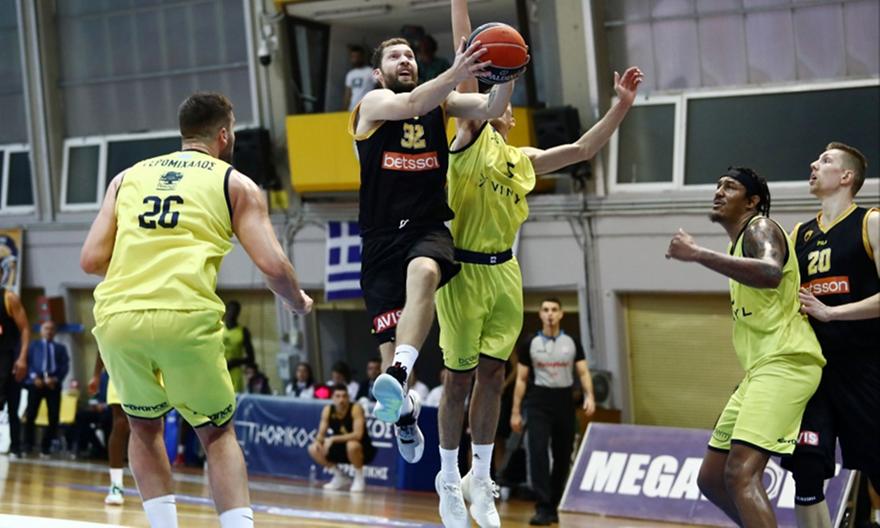 AEK broke out in Lavrio!

She may have struggled for three periods, but a breakout in the fourth was enough for her AEK. “Union” prevailed in his seat Lavrio 84-67, and returned to winning ways after home losses with Bonn and Mars. In this way, his team Kanzouri went up to 4-1, with the Laurel to remain last without a win.

His team Christou Serelis was very competitive for three periods and gave AEK a very hard time, but collapsed from fatigue in the last quarter and lost with a score not representative of the image of the match.

Leading for the winners was Alexander Madsen, who had 15 points in 15 minutes. He was excellent in the first part Cameron McGriffwhile Vassilis Xanthopoulos may not have scored, but he gave 11 final passes.

For Lavrio, it was a very good day ARJ Cole with 18 points, while he was also very positive Alexander Nikolaidis with 15.

THE AEK started with excellent defense, limited his attack Lavrio in the opening minutes and quickly took a 4-11 lead. Despite this, the attack of the “Union” was not working well and the mistakes were many, as a result of which Lavrio quickly equalized with Flags in 14-14. Finally, AEK with a 6-0 run in hand Madsen closed the first quarter with a 14-20 advantage.

The second period began with Laurel to be again very inappropriate, resulting in AEK to leave for the first time a significant lead (16-29). The team of Lavreotiki reacted and reduced to six (26-32) with the Cole to find a rhythm. THE AEK he failed to recover the difference, and the half-time left open “accounts” (33-39).

The second half started like the first, with AEK to control the match but for Lavrio to “lurk” and stay close to the score despite his terrible miss from afar. The “union” by nailing it Mitchell went to +8 (42-50), but Lavrio went on a quick 7-0 run and cut it back to 49-50., to pull ahead 52-51 after a three-pointer by Nikolaidis. The third part was finally completed with her “short head”. AEK (54-58).

His team Ilias Kanzouris entered the fourth quarter with the intention of ending the match and quickly went +10 (57-67). Lavrio stuck completely aggressively, resulting in the AEK to go on a 22-7 run and get up to +19 (61-80). Kenny Williams was decisive at this point, scoring consecutive “four points” and essentially contributing to AEK securing the victory.