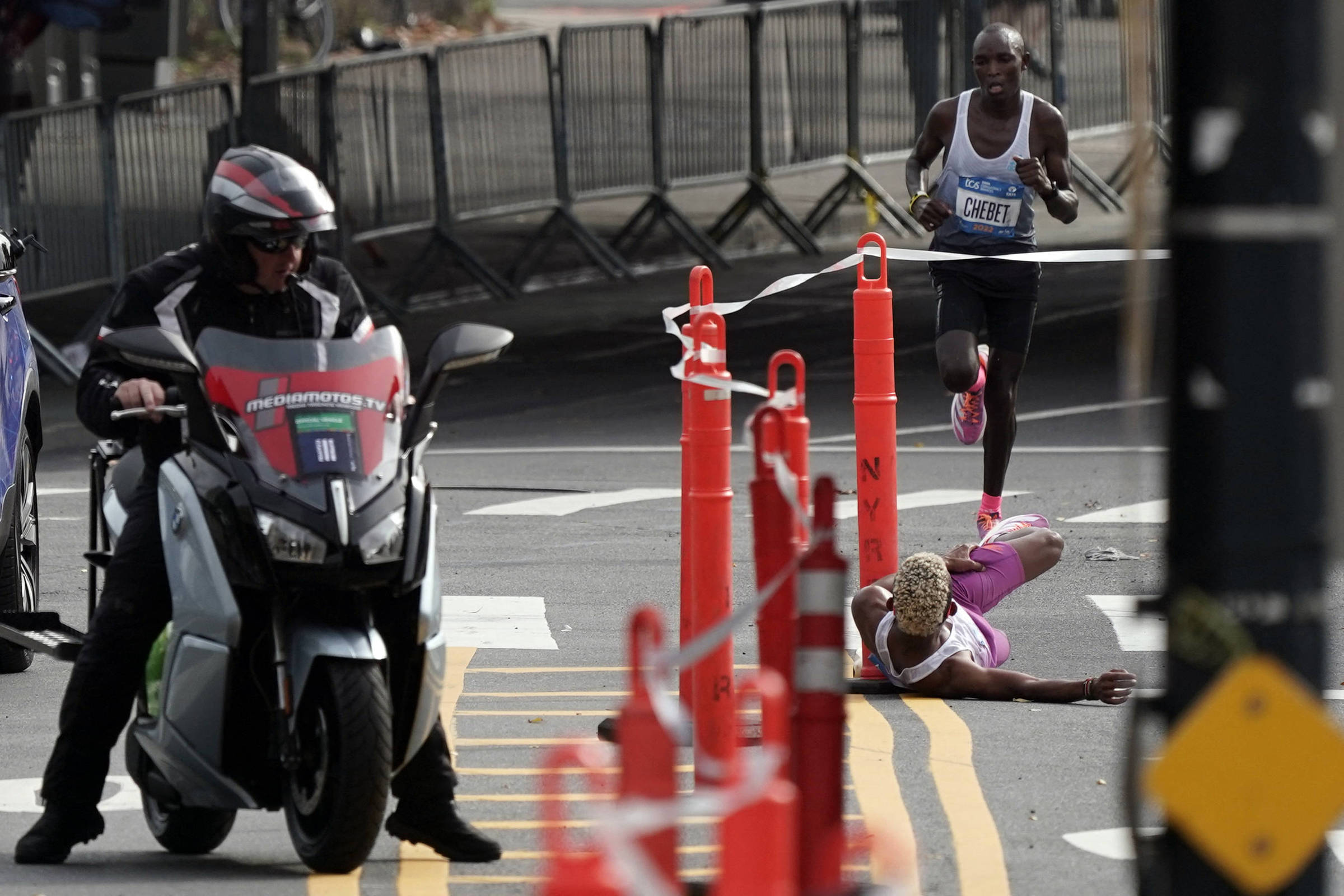 Opinion – In the Race: Leader, Brazilian “breaks” in the NY marathon; understand why this happens

The scene was not pretty.

Last Sunday (6), Brazilian Daniel Nascimento led the New York marathon, one of the most important on the world calendar. Hot on his heels, Kenyan Evans Chebet. The strong pace imposed by the Brazilian drew attention, especially as it was on one of the most demanding courses of the season.

After crossing the 31-kilometer mark, Danielzinho made an unexpected stop in the bathroom – a rare attitude among elite athletes, and a sign that something might not be right. A little over a kilometer later, the Brazilian fell to the asphalt, indicating a possible loss of consciousness. He was attended by the medical team, taken to the hospital and diagnosed with dehydration and hypoglycemia.

Danielzinho is an undisputed talent in Brazilian athletics. He competes for trophies side by side with the best runners in the world. But, at 24, he is still considered an inexperienced athlete. At the 2021 Tokyo Olympics, he also had to retire midway through, after an equally strong start.

Danielzinho “broke” in New York. The jargon is used among runners to describe when an athlete’s limit has been exceeded and he is no longer able to maintain his performance in a race.

Why does it happen? And, above all, how not to “break” in a test? This text tries to answer these two questions, and for that I talked to the doctor and ultramarathoner Roberto Nahon, director of the Brazilian Society of Exercise and Sport Medicine and former medical coordinator of the Brazilian Olympic Committee (COB).

Why does the runner “break”?

There are three main explanations for the “break” of an athlete, whether professional or amateur. The most common reason is to run at a faster pace than your body can handle at the time of the race. Other frequent explanations are related to imbalances, which can be energetic or hydroelectrolytic. That is, the runner may have eaten poorly or had little hydration during the race.

Although the symptoms may be different in each of the above cases, what is observed are signs of fatigue that can lead to weakness, disorientation and, in extreme cases, loss of consciousness.

How to avoid the “break”?

The secret is in the race planning. Have a training routine compatible with the objectives. In other words, be prepared for the distance and pace you want to sustain during the race. Running a marathon, for example, requires long weeks of preparation that include interval exercises to gain speed and the famous “long runs” – training sessions that in some cases exceed 30 km per session.

Studying the topography of the terrain helps, as does deciding in advance where to hydrate and when to consume carbohydrate supplements. This information needs to be clear in the athlete’s head before the start.

Eat and hydrate properly on the eve of the race – with special attention to 12 hours before the start of the race.

On race day, do not eat or drink anything you are not used to. Long workouts can and should be used as a laboratory to build a routine. Test how the body reacts with more or less water. Experiment with shortening or lengthening your carb intake to feel the physiological impact of it. Running is a repetitive mechanical exercise, and the correct routine makes a big difference in the result.

I broke. And now?

“Breaking” is not synonymous with the end of the test. The suggestion is to reduce the pace until the race is fluid again. This means running slower or even walking for a few minutes. “Active recovery is very efficient, and in many cases the athlete will be able to resume his normal running rhythm”, explains Roberto Nahon.

The doctor also recommends that the athlete try to remember if he skipped any hydration points planned on the course, or forgot to ingest calories during the race. “The break could be reversed by resuming the original water and carbohydrate plan originally envisioned.”

If there is still no improvement, Nahon’s recommendation is that the athlete abandon the race. “Fatigue can lead the athlete to run with the wrong posture, something that would strain the muscles and joints and could lead to an injury.”

Is that you? Have you ever broken in a test? Write in the comments or send an email to blognacorrido@gmail.com. If you want to follow me on social media, my Instagram is @rodrigofloresnacorrido.