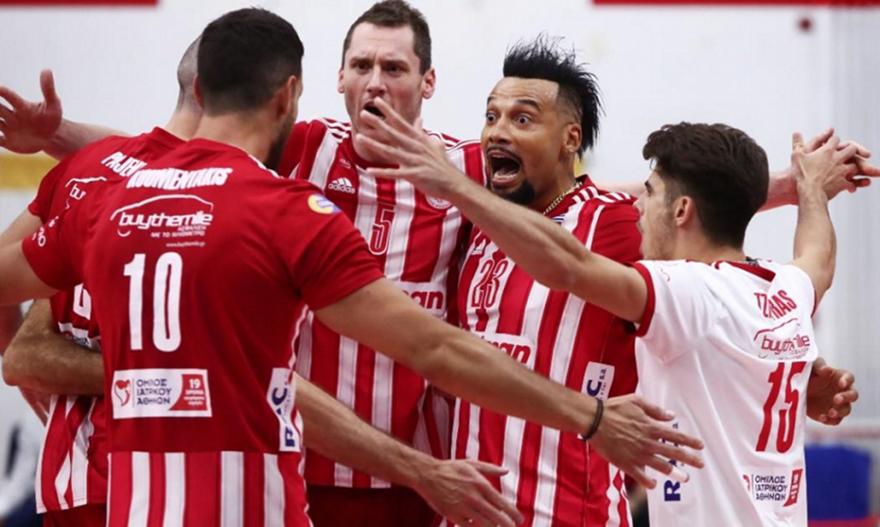 Olympiacos ready for Komarno and qualification for Rentis

The Men’s volleyball team of Olympiakos competes on Wednesday (16/11) with the aim of qualifying for the round of 16 of the Challenge Cup. Piraeus welcome Komarno at 19:00 (COSMOTE SPORT 7 HD) at Rentis “M. Merkouri”, in the rematch of the “32” of the tournament and after the “clean” victory (1-3) in the first match in Slovakia, two sets are needed to enter the next round.

Against the Slovakian team, the “red and whites” want to present a good face, “clean up” the replay and “stamp” Rentis, with their world, the ticket for the “16” of the institution.

Alberto Giuliani: “The match must be treated with the greatest care, because Komarno is a high-level team, who showed a good face in the first game and that they play good volley, but it is obvious that we will do everything to advance.”

Anestis Dalakouras: “We have before us the replay with Komarno. We took the first step in Slovakia and now, we have to get the qualification at home. They showed that they are a fighting team and we should be focused, so that we can get another victory and continue with a good mentality in the difficult sequel, in Greece and Europe”.

Facebook
Twitter
Pinterest
WhatsApp
Previous article
The shirt that Janja wore at Fantástico was a hit at SPFW and costs R$ 2,580
Next article
The first LNG terminal in Germany is ready