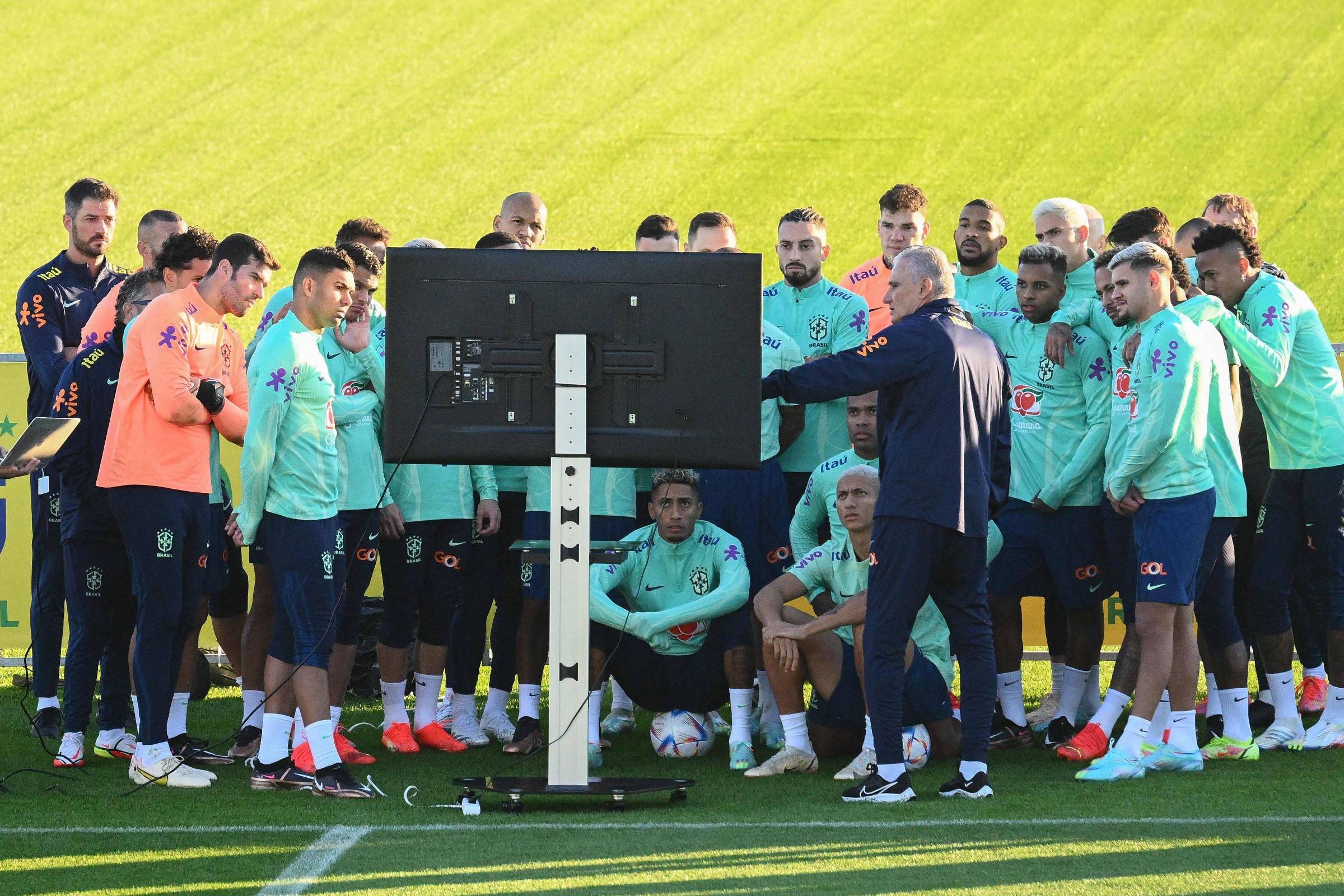 With Marquinhos, Tite has a complete group in training for the first time

Coach Tite had all 26 athletes available on this third day of training in Turin, Italy. Marquinhos, who had a muscle discomfort during a Paris Saint-Germain game and only ran on the field last Tuesday (15), joined the group that is going to the World Cup in activities.

Care for the defender is evident. He ran in the beginning, made some tactical moves and participated in a silly circle until he was sent to the adjacent field, where he reinforced with the national team’s physical trainer, Fabio Mahseredjian.

Marquinhos was left out of the most intense activity of the day, when Tite separated the players into two teams and carried out defensive work, simulating opposing pass exchanges when the ball was out. Athletes were mixed, without any outline of which could be the starting lineup.

In addition, this Wednesday’s training (16) made a lot of use of technology, with the coach passing on information to the players through a television, facing away from the press.

Birthday boy Bruno Guimarães had his congratulations sung and passed through the traditional corridor while receiving slaps from his companions. The midfielder turned 25. The most unusual move in training was also with the Newcastle midfielder.

After a challenge with Fabinho, he left the field limping and received assistance. On the way back, his boot was torn and he had to receive a “bandage”, including scissors cuts so that the studs would not be obstructed when touching the lawn.

Brazil will continue in Turin until Saturday (19), when it travels to Doha, Qatar. The debut will be on the 24th, against Serbia, at 4 pm.

Facebook
Twitter
Pinterest
WhatsApp
Previous article
COP27: There is no climate security without a protected Amazon, says Lula
Next article
Market: Europe ends in the red with geopolitical tensions and mixed indicators