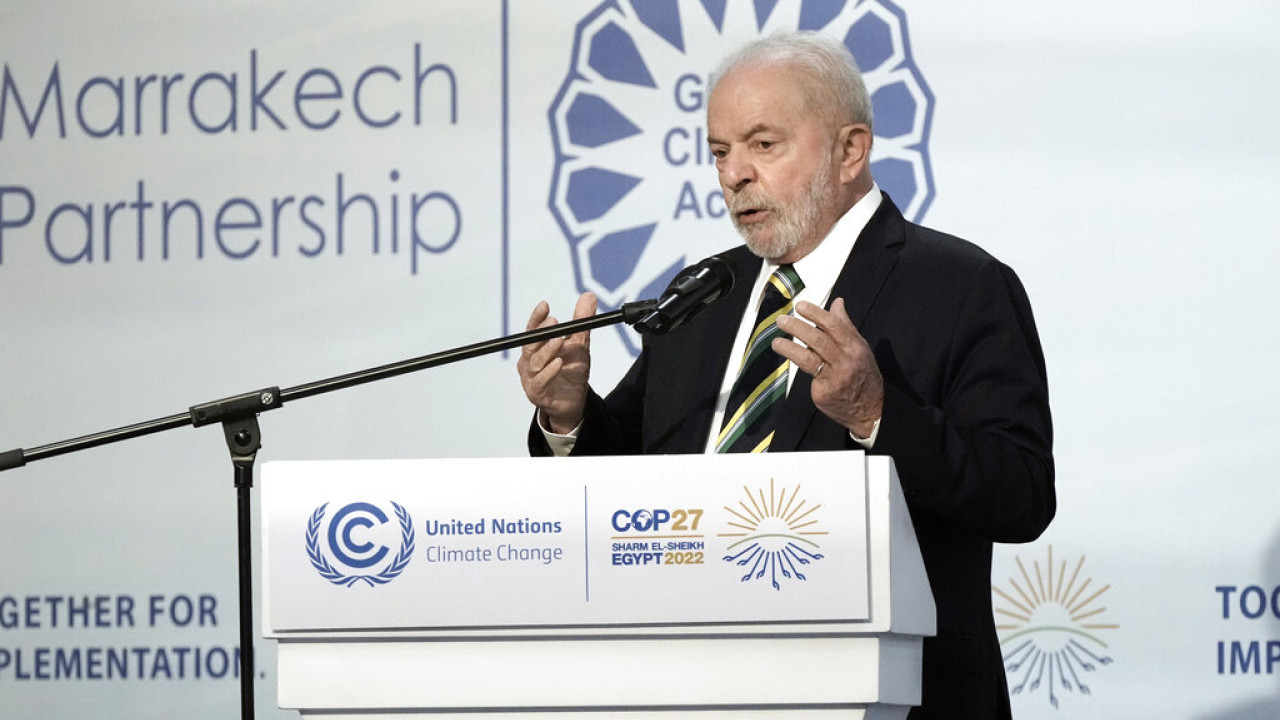 COP27: There is no climate security without a protected Amazon, says Lula

The newly elected Brazilian President Luiz Inacio Lula da Silva said today that tackling climate change will be a top priority for his government and that he will prioritize efforts to combat deforestation in the Amazon rainforest.

Global climate security, he said, depends on protecting the Amazon rainforest, which is essential for climate balance and biodiversity.

“There is no climate security for the world without a protected Amazon,” Lula said in a speech at COP27, the UN climate conference being held in Egypt. “We will do whatever it takes to have zero deforestation and act against the degradation of our mega-ecosystem.”

The world is ignoring climate change warnings while spending trillions of dollars on wars, he pointed out. As he said in his speech, the international community needs better leadership to tackle climate change and added that Brazil is ready to rejoin efforts to build a healthier planet.

He added that it requires rich nations to keep their pledge to provide $100 billion a year in climate finance.

He added that climate change will be a priority when Brazil hosts the G20 summit in 2024.

Earlier today the newly elected president of Brazil announced in Sharm el-Sheikh his desire to host the UN climate conference in 2025 “in the Amazon”.

“We will talk to the UN Secretary General and ask him to hold COP30 in the Amazon,” said Lula, who will take office on January 1 and is making his first visit abroad since his election in late October. – at COP27, which is being held until November 18 in Egypt.

Facebook
Twitter
Pinterest
WhatsApp
Previous article
The operation on the leg of the 38-year-old woman injured in the explosion in Istanbul was successful
Next article
With Marquinhos, Tite has a complete group in training for the first time