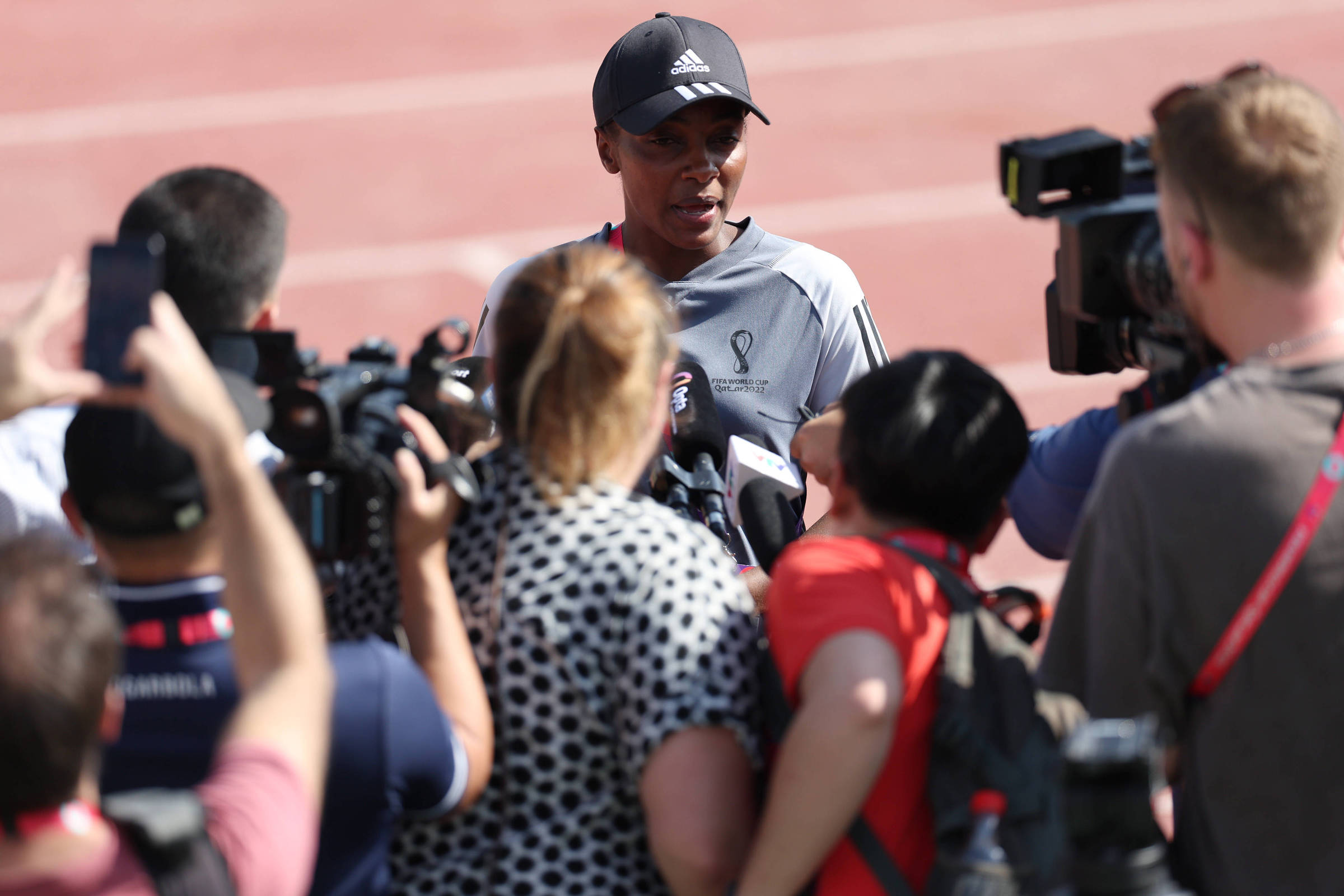 Open the doors to women, asks referee to be selected to whistle at the Cup

Kathryn Nesbitt spent 20 minutes jumping alone in her room. Salima Mukansanga said she couldn’t believe it. That could only be a lie.

Was not. They are 2 of 6 female referees or assistants appointed for the first time to work at the Men’s World Cup. At 34, both are used to breaking barriers in refereeing.

Mukansanga, from Rwanda, was the first to referee the African Cup of Nations match. Nesbitt, from the US, was an assistant in the MLS Cup final—a woman had never held that role before.

“This is what people need to understand. Open doors for women. Giving them opportunities is a way to make them feel ready and will do everything they can to succeed”, says the African.

In addition to them, referees Yoshimi Yamashita (Japan) and Stephanie Frappart (France) and assistants Karen Díaz Medina (Mexico) and Neuza Back (Brazil) were called.

The tournament in Qatar will be a pioneer in the participation of women in charge.

“We are all used to it. We work in many men’s matches in our countries. This is normal for us”, says Nesbitt, who started refereeing at 14, in games played by his brother, a striker.

Upon arriving at the referees’ hotel in Doha, before the World Cup, the six women selected by FIFA found a banner that said “one team” (one team, in English). It was a way of saying that the arbitration was united, regardless of gender. The message was assimilated. Also on the male side.

“There is no difference and the treatment is the same for men and women. We are all part of the same team”, said Argentine Fernando Rapallini, already a candidate to reach the final just by nationality.

In the last four World Cups, two decisions were directed by judges from Argentina: Horacio Elizondo, in 2006, and Néstor Pitana, in 2018.

To confirm their participation in the tournament in Qatar, the six women had to participate in a physical test in which the goal was the same as for the men. They all passed.

“It’s been years of work. I see a goal, I see a dream and the dream came true. I worked at the Women’s World Cup [em 2019], so it’s one more step for me. This is the top competition in the world,” says Nesbitt.

To go to the World Cup in France, three years ago, she had to make a decision. She left her job as an assistant professor of chemistry at Towson University, in the United States, to dedicate herself only to the whistle.

“It is a great honor to represent refereeing at the World Cup. I feel that we are treated as if we were members of more than one team”, says the American.

The two avoided any controversy over women’s rights in Qatar. A report by the NGO Human Rights Watch, published last year, recalls that in the country women need to obtain permission from their “male guardian” to marry, study outside the country with government scholarships, work, travel until a certain age and receive health for reproduction.

The legislation also prohibits their preference in child custody in case of divorce.

“Being part of the men’s World Cup is a good image for women. If we have the chance to show our ability on the field, why can’t we reach other levels? It’s a new opportunity for us. It’s a step to show that if the woman has space to show her skills, she can be anywhere. It’s up to others to realize that”, says Mukansanga.

Confronted with the issue of gender equality in the host country, Nesbitt responded that she was only focused on doing her job.

None of them want to cause controversy because they understand that arbitration is undergoing a reformulation. In the coming years, more women should be included in the world of men’s football. The two don’t want to derail that process with any controversial statement. Especially now that they’ve reached the Cup.