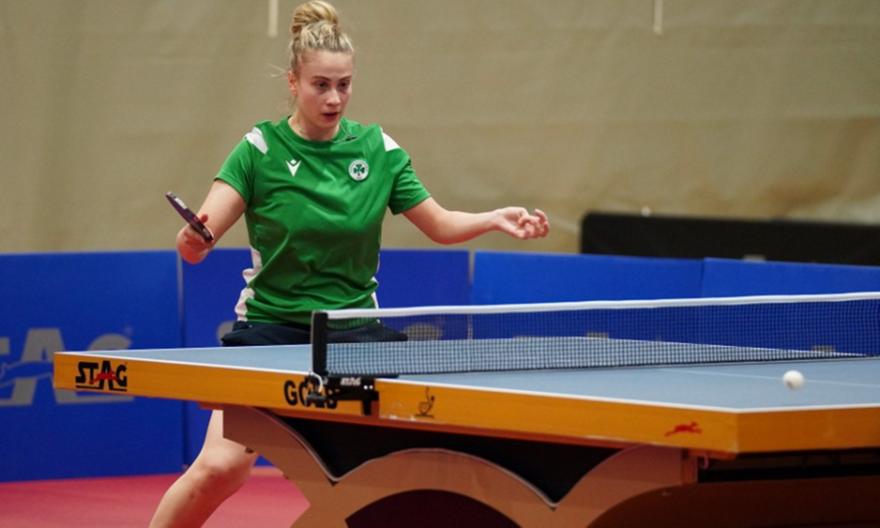 At 12:00 on Friday at the “Pavlos Giannakopoulos” indoor gym on Alexandras Avenue, Panathinaikos will rematch the 3-0 set with the Austrian LZ Linz Frosberg for the “16” of the Europe Cup table tennis women. With the support of his friends and with a purely Greek composition, this time he wants to “check” the “ticket” for the final eight.

He had scored a wide victory away from home on the 14th of the month and, of course, projects as a big favorite to enter the top four teams of the competition and the eight in general, as the board will be completed by teams that are now competing in the groups of the Champions League.

In relation to the match in Leeds, the Slovenian Ana Tofad will not be in the trio. Panathinaikos will line up with Konstantina Paridis, Katerina Toliou and Elisabeth Terpou, who overcame the discomfort she had in her elbow after the derby with Olympiakos in the Greek league last Saturday.

The Greek team needs two individual victories to secure qualification. Such is the system, which has been applied by ETTU since last year, that if LZ Linz Frosberg wins with 3-1 or 3-0 sets, the Golden Match process will take place. There, three opposing pairs will be formed, they will play a set each and, whichever team wins, will also get the qualification.

The Austrian team is expected to line up the exact same trio that they had in the first match. Namely, with the Croatian Andrea Pavlovic, the Austrian Anastasia Radionava and the Thai Pandita Piniopizan.

The former champion of Greece, Lefteris Makras, who will also be in this match in the technical guidance of the team, emphasized on the EFOEPA website about the rematch that: “It is a great pleasure for us to play in Leoforos, which at the same time gives us additional motivation. We have a clear lead with the 3-0 set of Austria, but due to the peculiarity of the qualifying system, the match is very difficult. We hope to give our best and reach our goal”.

On the Amateur Panathinaikos website, Katerina Toliou said: “We have a very good mentality for our game tomorrow, as we have already won the first set 3-0 away from home. Of course, the game needs attention, because there are always chances of it “turning around”, but I think in general we are a better team.

We are in good shape and if we keep our concentration and the tactics we have to follow, we will have a very good result. We also expect the support of the people, since we are playing for the first time at home in a European competition and it will be a special moment for all of us”.