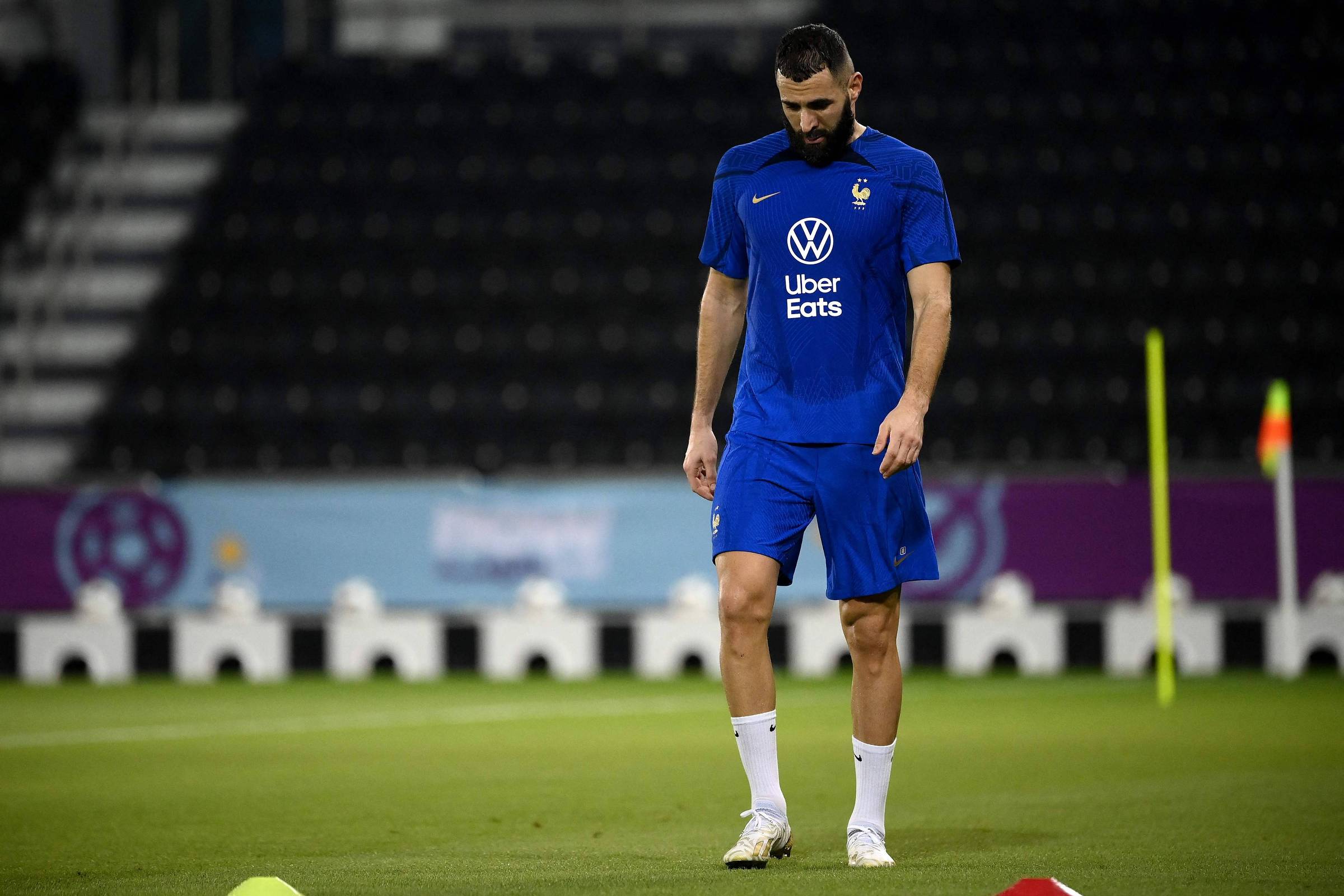 Missing the pitch for a month due to a mysterious muscle injury, Karim Benzema, the latest winner of the Ballon d’Or, remains a concern four days before France’s World Cup debut, on Tuesday (22), against Australia.

Since joining the camp in Clairefontaine last Monday, Benzema, 34, has not participated in any training with his teammates, contenting himself with some exercises outside the group, guided by the Les Bleus fitness coach.

Simple precautionary measure or real injury? Publicly, both his teammates and the coaching staff send reassuring messages about the striker.

“He is serene, has a lot of experience and knows his body. If he didn’t play, it’s because he doesn’t consider himself capable of helping the team as much as possible,” Aurélien Tchouaméni, a Real Madrid teammate, told reporters on Thursday (17).

Since winning the Ballon d’Or on October 17 in Paris, Benzema has only played one full match, against Elche, two days later.

On 22 October, Real Madrid announced that the striker was suffering from “muscle fatigue in the quadriceps of his left leg” and he has since played just a few minutes against Celtic in Glasgow on 2 November.

French coach Didier Deschamps will hope to have Benzema against Australia, but it remains to be seen how he fares with a player who has only appeared in 12 games since August. By way of comparison, he is ten games less than his attacking partner Kylian Mbappé.

Benzema could accuse this lack of competition rhythm. “It’s clear that it’s better when you can play in a row, but Karim is a different case because he’s less of a problem for an attacker than a midfielder,” said player Adrien Rabiot this Friday (18). “He IS a first-class player and knows how to manage himself.”

And if he doesn’t manage to get ready in time for the first game, “he will stay for the second”, added Rabiot, referring to the defending world champions’ next game, against Denmark, on 26 November.

Defender Lucas Hernandez, from Bayern Munich, also sought to minimize Benzema’s situation, and that of also defender Raphael Varane, another who has physical problems.

“If they don’t arrive on time (to play Australia) we have a fantastic group with players who are regulars at big clubs.”

Facebook
Twitter
Pinterest
WhatsApp
Previous article
‘Wear a turtleneck to cut your energy bills,’ says Tokyo governor – Take Macron’s example
Next article
#Hashtag: Folha will have exclusive videos on TikTok about the Cup in partnership with the Chinese network