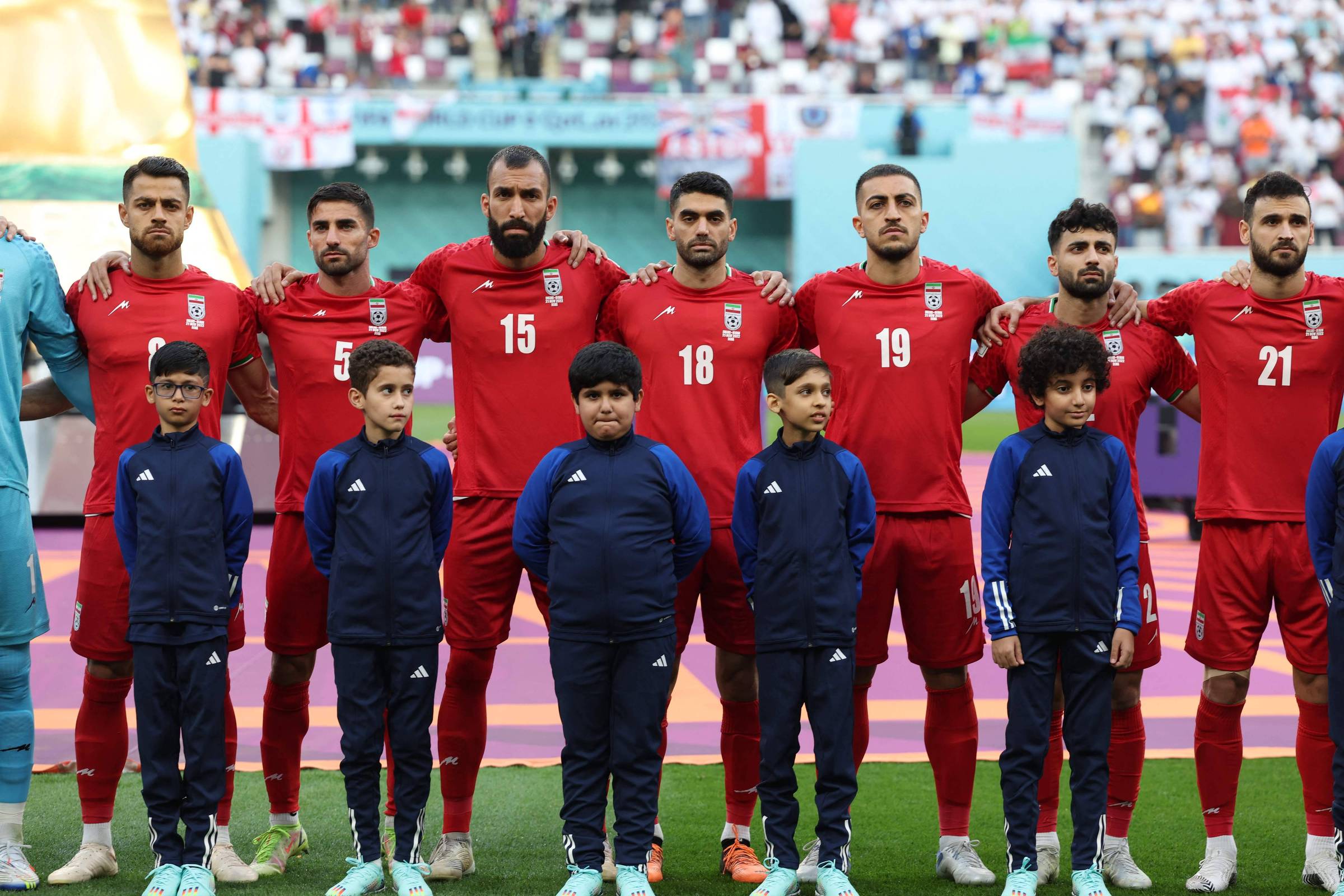 The Iranian national team refused to sing the national anthem before the opening match against England, in the debut of the two teams in the World Cup, this Monday (21).

In recent weeks, Iran has faced a wave of protests, the biggest in the country in years, which has shaken the regime of Ayatollah Ali Khamenei.

The demonstrations began after the death of young Mahsa Amini, who was detained by the moral police, and constitute the biggest street movement against the regime in recent years. The protests were initially against Khomeini’s requirement for women to wear headscarves, but they spawned a broader movement to end the Islamic Republic.

Many supporters accused the team of siding with a violent state crackdown on popular unrest.

Dozens of Iranian public figures, athletes and artists showed solidarity with the protesters – but not with the national football team, until Monday’s match, when all team members remained silent as the national anthem was played.

Iranian state television did not show the players lined up for the anthem before kick-off in Qatar, across the Gulf from their homeland.

Prior to the match, not a single Iranian player expressed support for demonstrations by compatriots from all walks of life, one of the most constant challenges to the clerical elite since the 1979 Islamic Revolution.

In the past, the Iranian football team was a source of national pride throughout the country. Now, with mass protests, many would rather see her withdrawn from the World Cup.

Before traveling to Doha, the team met with Iranian President Ebrahim Raisi. Photos of the players with Raisi, one of them bowing, went viral as unrest in the streets increased, sparking protests on social media.

“I have mixed feelings. I love football, but with all these children, women and men killed in Iran, I don’t think the team should play,” said university student Elmira, 24, speaking by telephone from Tehran ahead of the match.

“It’s not the Iran team, it’s the Islamic Republic team.

“They could refuse to participate in the World Cup or even refuse to play if they were forced to go, to show that they are part of the nation, to show solidarity with the mothers in Iran whose children were killed by the regime.”

Activist Hrana news agency said 410 protesters had been killed in the unrest through Saturday, including 58 minors. Around 54 members of the security forces were also killed, the agency said, with at least 17,251 people arrested. Authorities did not provide an estimate of a broader death count.