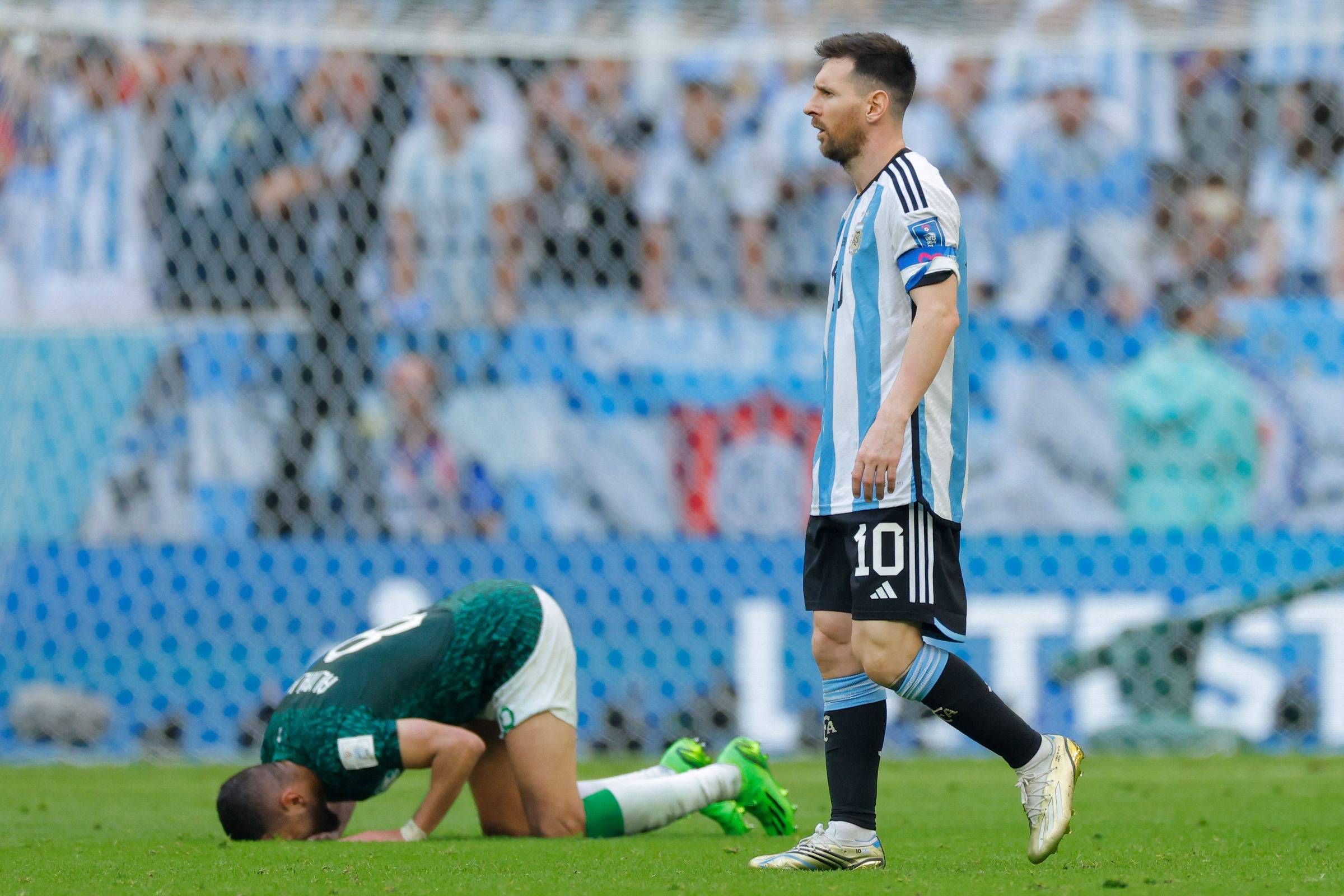 I always wanted my kids to like football, and the main reason was to learn how to win and lose. Nothing teaches you more about life than sport. In your day to day life, you lose in the morning, when you meet a grumpy boss, and you win at the end of the day, when you get home and see your partner’s smile.

Sometimes life is backwards and the boss is nicer than the family.

Another thing that football shows is that the line moves. The greatest goalkeeper in the history of Corinthians was Gylmar dos Santos Neves. But does anyone doubt that Dida was better? That Cassio won more?

Leônidas da Silva made the coin land on its feet for São Paulo, and Rogério Ceni was even more of an idol. Marcos got bigger than Oberdan.

The exception is Pele. You don’t argue with God, but here in the Middle East he is called Allah.

Even Messi managed to make a greater embarrassment than Maradona who, with the same injured left ankle, lost to Cameroon in the opening of the 1990 World Cup. Afterwards, he helped Argentina to qualify, staggering in third place in its group, and to continue beating Brazil and penalties, until being runner-up in the world.

The queue goes on. Argentina 1 x 2 Saudi Arabia became this Tuesday (22) the biggest upset in the history of the World Cups.

Because the queue moves and because it’s fair to argue about the stories your great-grandfather told. England lost to the United States, in 1950, by 1 to 0, with a goal by an amateur player named Joe Gaetjens. The English were debutants in Cups.

Italy lost to North Korea in 1966 and was eliminated early in the first round. The Italians haven’t made it past the stage since 1938.

It’s good that Italy 1 x 2 South Korea, in the round of 16 of 2002, was the comeback, but in extra time the South Koreans were the masters of the house.

Arabia, no. Doha is close to Riyadh, but the neighbors have been fighting for a long time. “Home sweet home” has gone a long way.

The same argument used here can be counterargued. Make conversation, you can disagree, because democracy is not when you agree, but above all when it is necessary to trim any disagreements.

No problem if you disagree.

But that things change, change. Pedro Álvares Cabral will always have arrived here in 1500, but the biggest underdog in the World Cups can change.

It would be fair to recall everything you’ve already read here, about the balance of a World Cup without favorites, full of candidates, because knowledge is the only thing that increases when it is divided. If Morocco has a Spanish winger who plays for Paris Saint-Germain, it’s natural that the little ones are more likely to get in the way of the more famous ones.

This is not the case, because Saudi Arabia is one of only two teams without players playing abroad – the other being Qatar.

Shehri, scorer of the first Saudi goal, played for Beira-Mar, in Portugal, but is currently at Al-Hilal. Al Dawsari scored a goal for Flamengo in the 2019 Club World Cup. It’s good, but it’s not Hakimi, the Moroccan former Real Madrid player, today at PSG.

In this football where the teams are balanced, it is only forbidden to spit in the air – see, Galvão? It might fall on your head.