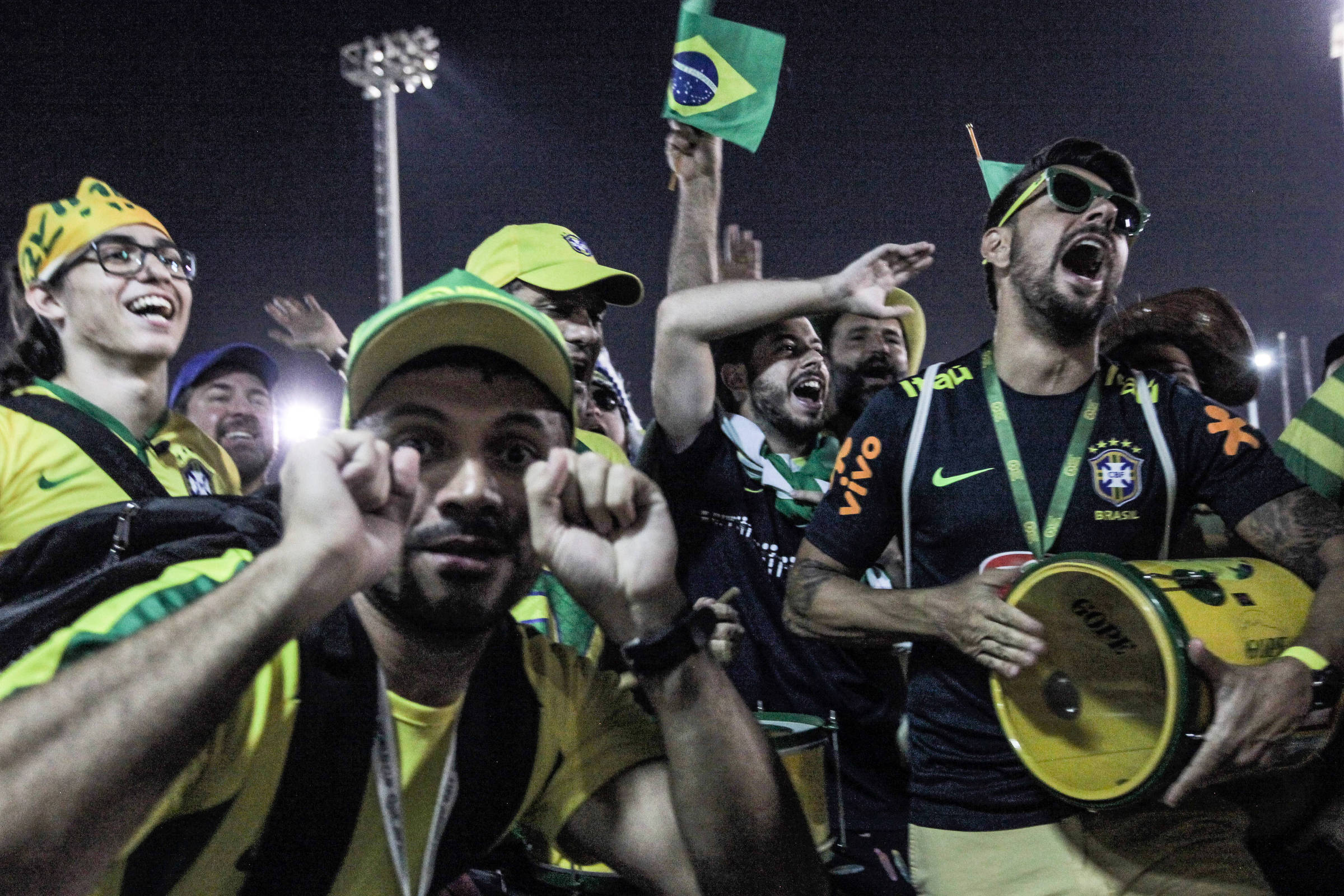 Fans go to Brazil training and try to scare away zebra

Argentina’s poor debut, which turned on the warning of underdogs at the World Cup, does not seem to be reason enough to undermine Brazilians’ confidence in their national team. On the contrary. Messi’s unhappiness is reason for smiles of Brazilian fans who traveled to Qatar.

On Tuesday afternoon (22), the Argentines lost to Saudi Arabia in an unexpected 2-1. Brazil will make its debut this Thursday (24), against Serbia, a team with greater technical resources than those of the Saudis.

Tite’s men held a closed training session this Wednesday (23), at the Grand Hamad stadium. The presence of the public was not allowed, which did not prevent people dressed in green and yellow, many from head to toe, appearing in the parking lot, standing out amid buildings in shades of beige.

In addition to Brazilians, some foreign fans were also present. In Doha, the five-time champion team is one of the favorites of residents and migrants, who wear national team T-shirts everywhere.

Brazilian administrator Luis Vasco, 42, founder of the Movimento Verde Amarelo organized supporters, sees the defeat of Messi’s team as “a joy, a happiness”. With the national team shirt and yellow sunglasses, he said he expected a victory, despite considering the game the most difficult of the group stage.

“It is obvious that the World Cup is complex, we cannot underestimate absolutely any opponent, we have to respect everyone, we have to be humble knowing that anything can happen in a World Cup, but fear is not enough. I am very confident in the Brazilian team football,” he pointed out.

Server André Augusto Nóbrega Dantas, 34, is concerned about the fact that Brazil has important athletes playing at the World Cup for the first time. But trust me. “We have more and more confidence because Argentina lost and Germany lost,” he said. “The team is well trained, and we have confidence in Tite.”

According to the coach, Saudi Arabia’s surprising victory over Argentina serves “as analysis and reflection”. He surrounds himself with care so that, at the end of the confrontation with Serbia, he does not have to be one more to give explanations for a bad start.

The gaucho tried to hide the lineup, but a photo published by a friend of one of the players whose presence was released at the stadium revealed the choice of Vinicius Junior as the starter. The Real Madrid youngster will join Raphinha, Richarlison and Neymar in attack.

The decision cheered up the business couple Jeferson de Souza Cunha, 27, and Paloma Cunha, 24. Jeferson bet on a 3-0, with two goals from Neymar and one from Vinicius Junior. Paloma, more cautious, said she believed in a 2-0.

“Argentina was another favorite too, but I think they went in half thinking they were going to win, which was the mistake,” Jeferson noted. For him, if the Brazilian players don’t make the same mistake, victory will be easier.

Facebook
Twitter
Pinterest
WhatsApp
Previous article
New US warning on S-400s: We call on Turkey not to use them
Next article
Gavi is the third youngest player to score at a World Cup