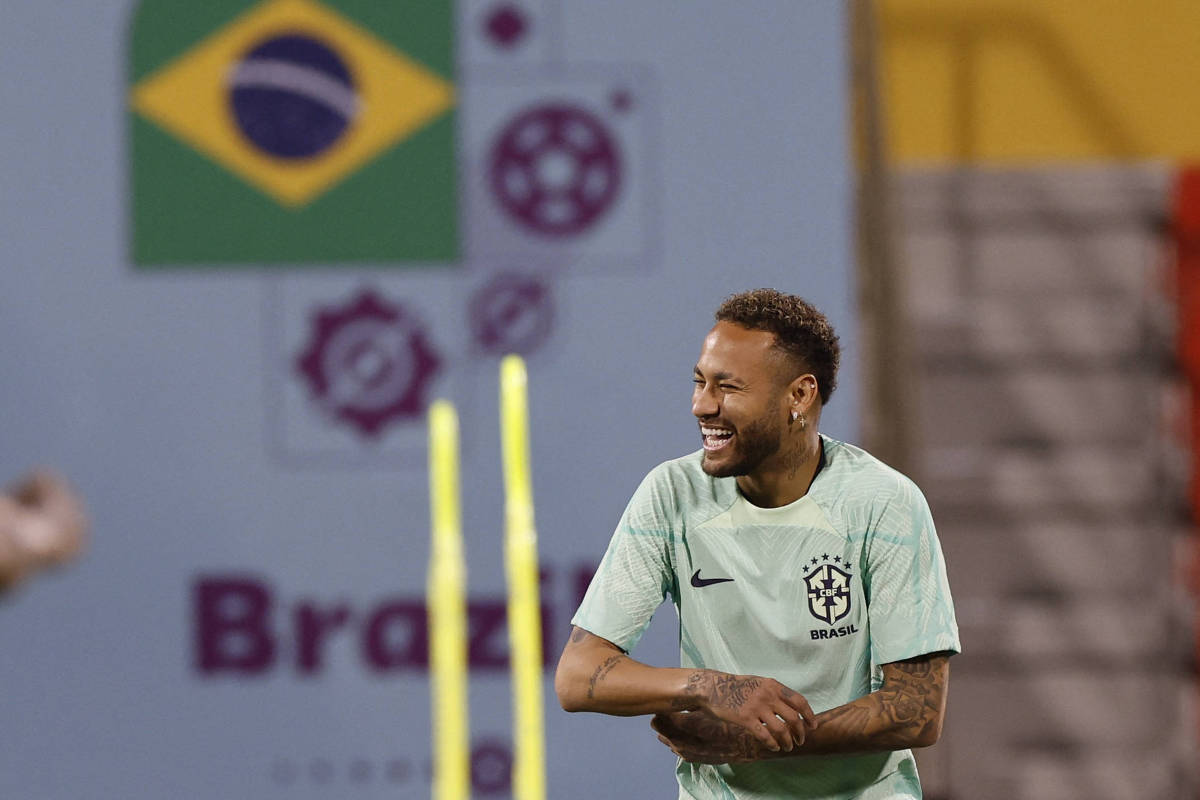 It’s time for Neymar, in good shape and without injuries, in the World Cup

Neymar was not shaken by not being called up for the 2010 World Cup. At the time, he was an 18-year-old boy who was living his first great season as a professional for Santos. He knew that, despite Dunga’s refusal to follow the popular clamor and call him out, he would have new chances. That’s what he heard several times from his father.

Twelve years later, the biggest name in Brazilian football and one of the best players on the planet, Neymar is still waiting for a dream World Cup. And for the title. At 30, he is flirting with a retirement from the Brazilian national team that not many take seriously. He said this year’s Cup will be his last.

This Thursday (24), the striker will again be the main reference of the Brazilian team. In the debut in the Qatar tournament, the team faces Serbia at 4 pm (Brasília time), at the Lusail stadium. The number 10 lives one of the best moments of his career.

“I think Neymar arrives for such an important competition at a very good level. Now without any injuries and with special preparation, he arrives very well”, said defender Thiago Silva, who will be the Brazilian captain in the first game.

In 20 official matches for Paris Saint-Germain this season, Neymar has scored 15 goals and provided 12 assists. He is two behind Pelé’s record of 77 goals scored for the Brazilian national team.

Just as important as the numbers is that, as Thiago Silva recalled, the biggest name on the team arrives at the Cup without major physical concerns. It is a chance to erase the image left in the two previous tournaments in which he participated: those of 2014 and 2018.

In the competition based in Brazil, he suffered a spinal injury in the quarterfinals against Colombia. It missed out on the historic 7-1 defeat to Germany in the semi-final. Four years later, in Russia, when the team said goodbye in the quarterfinals, defeated by Belgium, its image on the field was marked by the simulations of fouls, which reinforced a reputation of “cai-cai” left behind in recent times.

“It was difficult to defend Neymar for all the things he does besides playing football,” Pelé told Folha at the end of 2018, in a statement that was not well received by people close to the current Brazilian star.

Neymar himself did not attach great importance, as he usually does. He had suffered a fracture in the fifth metatarsal of his right foot in February 2018, just over three months away from the Worlds. Despite statements to the contrary, he did not arrive at the competition in 100% fitness.

Nor did his image help the behavior of his guests at the hotel where the delegation was staying in Sochi.

Neymar didn’t win the World Cup, but he has other titles since he started wearing the yellow shirt. And he was a protagonist in the gold medal at the 2016 Olympic Games in Rio de Janeiro.

“Congratulations, Neymar, Ricardo Rosa, Fabio Mahseredjian [preparadores físicos da seleção]🇧🇷 That [a fase do jogador] it is the result of this whole sequence for him to have the technical performance of extraordinary and exceptional athletes, and how quickly you think and execute [sic]🇧🇷 Speed ​​of thought and execution must be in tune. And in it it is. He’s playing for c… He’s playing a lot”, said Tite, in September of this year, in the last call-up before the final list for the Cup.

Active on social media, Neymar reaped the onus and bonuses of being such a famous public figure in the 2014-2018 cycle. His phrase “the father is on”, which he used on the internet, entered the popular imagination. To ironize those who complained that he refused to grow up and continued to behave like a child, the nickname “boy Ney” became “adult Ney”.

He also took advantage of his status to cash in on massive advertising contracts. In case of global use of your image in the campaign, the value reaches 3.5 million euros (R$ 19.6 million). In Qatar, his face is plastered on the QNB bank posters.

Not everything was flowers. Neymar had his name involved in two reports of sexual crimes. He was not convicted of any of them, but he was left without a contract with Nike, the brand he wore since he was a teenager, replaced by Puma. He was criticized for planning a party for hundreds of guests in Brazil in the midst of the Covid-19 pandemic.

His support for Jair Bolsonaro (PL) in the presidential election further polarized his image. He defended himself by saying he had the right to demonstrate. He responded to a social influencer who criticized him with a message that she wanted to “pop out”.

Showing up is something he needs to do starting this Thursday, in Qatar. Tite admits to having youth and daring in attack, with a generation of rookie athletes in good shape in Europe, like Vinicius Junior, Richarlison and Gabriel Jesus (who should start on the bench). But, on the Brazilian board to reach the sixth, the main piece is Neymar.

“The cool thing is that he has no vanity at all. The group received the boys very well. They are players who will make Neymar very comfortable on the field and will open up space between the lines. [área perto da área]where Neymar is more decisive,” said Thiago Silva.

Facebook
Twitter
Pinterest
WhatsApp
Previous article
USA: The Department of Justice wants the subpoena of Mike Pence in the investigation of Trump
Next article
Moscow v EU: We are not ‘promoters of terrorism’ you are ‘helpers in the big game’