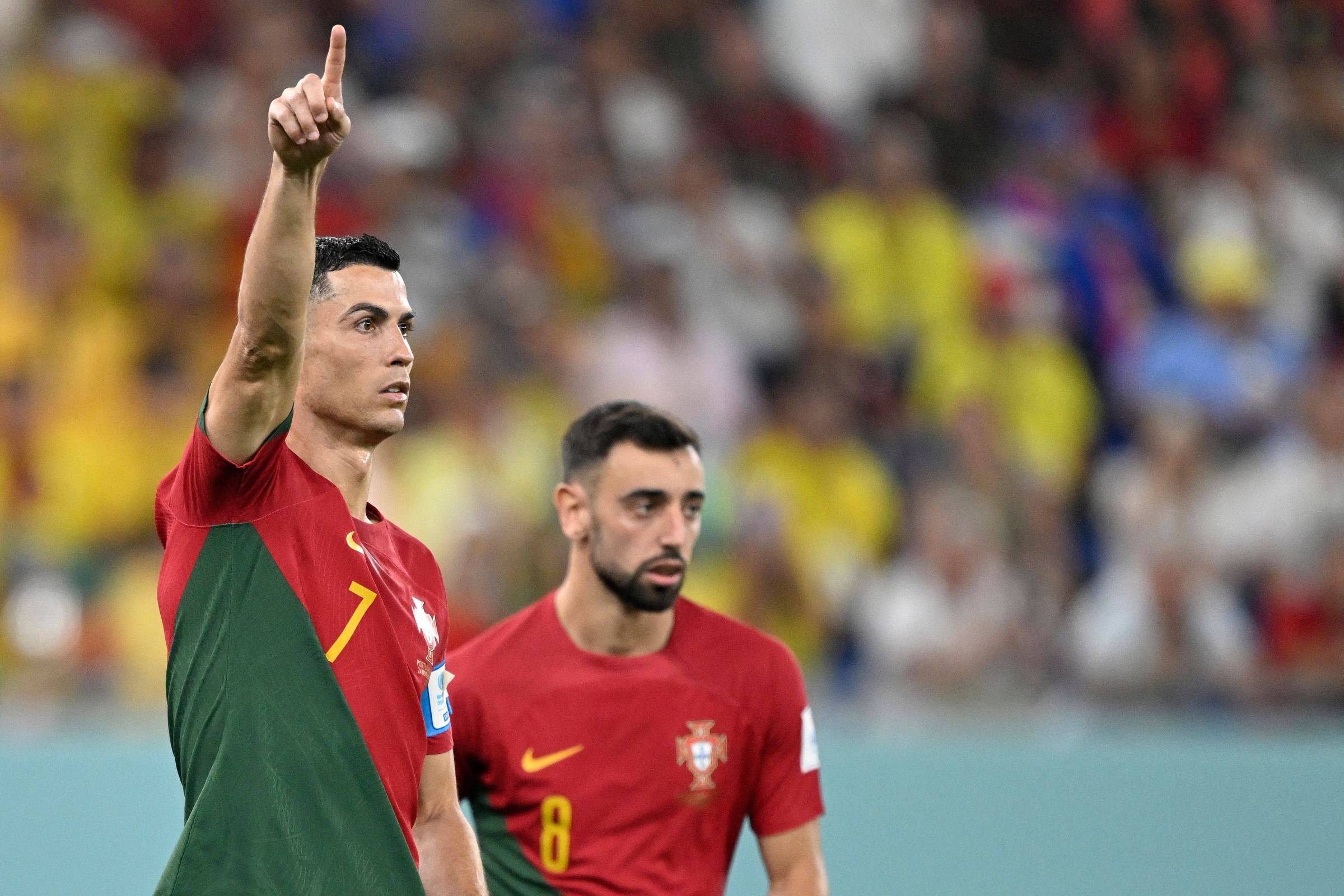 Cristiano Ronaldo went to the penalty mark ready to break yet another career record. He hit hard, in the right corner of the goalkeeper, with no chance of defense and became the first player to score goals in five World Cups — 2006, 2010, 2014, 2018 and 2022.

CR7 also cried during the execution of the Portuguese anthem. At the age of 37, this is probably his last Cup. He has already given statements that, if he wins the title, he will retire, but without making it clear whether he would be with the Portuguese national team or football, since he is also without a club.

In addition to Portuguese, Brazilian Marta had also scored in five editions of the World Cup. She is the highest scorer in the history of the tournament, with 17, and reached the record in 2019, along with Canadian Christine Sinclair.

With the goal, CR7 got rid of Pelé, Miroslav Klose, Lionel Messi and Uwe Seeler, who scored in four Cups. The Argentine reached the fourth edition with a goal in the game between Argentina and Saudi Arabia, also from a penalty kick.

Facebook
Twitter
Pinterest
WhatsApp
Previous article
Syria: Eight Kurdish fighters killed by Turkish shelling in Al-Hol
Next article
Mitarakis in Ropes: To implement the new Pact on Immigration and the agreement with Turkey