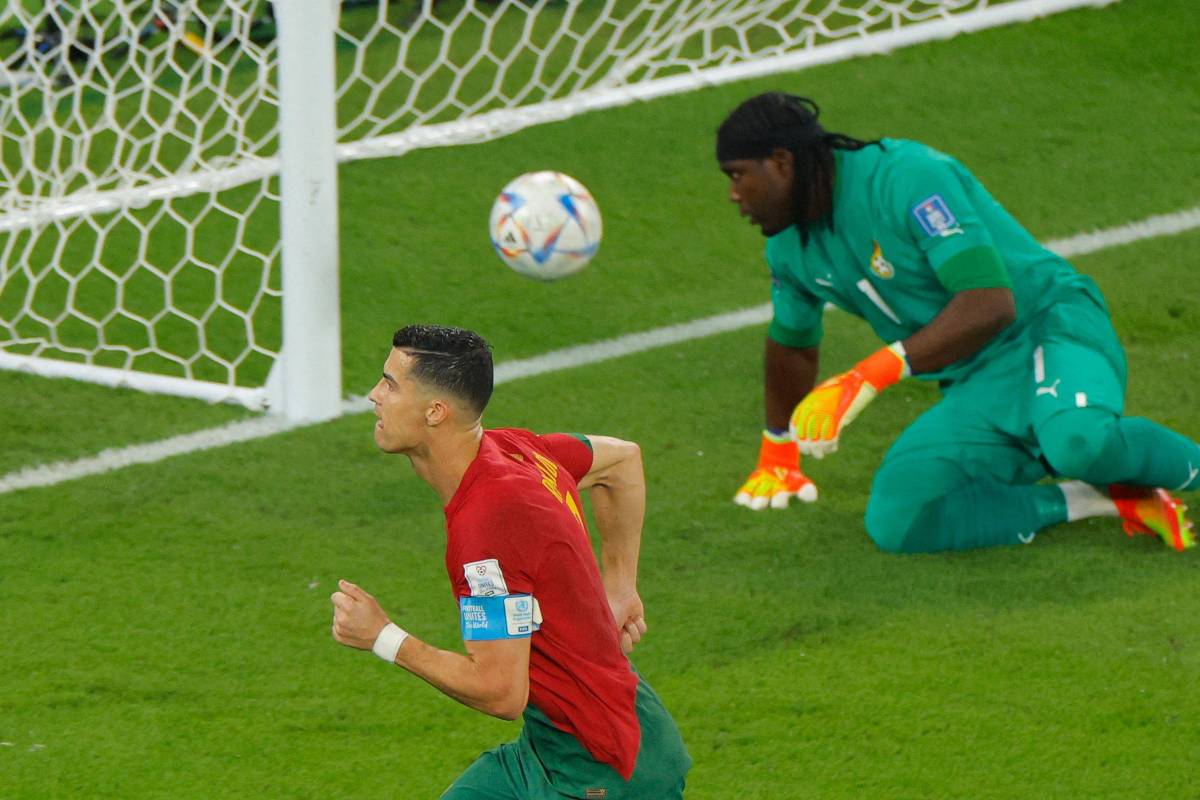 After getting a penalty, Cristiano Ronaldo took the ball, gave it a kiss and with it went to do what he knows best. At 20 minutes of the second half of his national team’s match against Ghana, the Portuguese became the first man to score in five editions of the World Cup.

The bid paved the way for the red-green triumph by 3 to 2, in which João Félix and Rafael Leão also scored. Andrew Ayew and Osman Bukari went to the net for the African formation, in a difficult duel and with their place in history.

When he scored his goal at the 974 stadium, in Doha, the number 7 left behind the Brazilian Pelé, the Argentine Lionel Messi and the Germans Miroslav Klose and Uwe Seeler. These four have scored in four World Cups.

The triumph leaves the European team in good shape in Group H. In the other match of the bracket, Uruguay and South Korea were in a goalless draw, hours before the confrontation at the 974 stadium.

It was the second clash between Ghana and Portugal in World Cup history. In the first, in 2014, the Europeans won 2-1, with one of the goals precisely by Cristiano Ronaldo.

As soon as the ball rolled, the attacker already accumulated one more mark for his resume. He joined a select group of athletes with five World Cups.

The brand, of course, was not the only one Cristiano was looking for in Qatar. Mainly after a crisis to which he contributed on the eve of the start of the competition, when I gave a controversial interview to a British TV station, with harsh criticism of Manchester United and the coach of the team, the Dutchman Erik ten Hag.

In his statements, the athlete criticized the structure of the club, said that he felt betrayed by some people and stated that he does not respect the coach because, according to him, he is not respected either. This week, the termination of the contract was announced.

Despite this, according to the English team, the shutdown occurred in “common agreement”. The athlete, on the other hand, valued his trajectory in the team, but said that it was also the right time to go.

Among the Portuguese, there was a fear that the situation could contaminate the environment of the selection and harm the trajectory of the team in Qatar. But the performance in the debut, against Ghana, showed that the athletes managed to unite around the objective of leading the country to conquer the unprecedented world title.

In the first half, it was only Portugal. There were six submissions against none of the opponent. Although the kicks did not give the goalkeeper so much work, the European team had a goal by Cristiano Ronaldo disallowed. In the move, the referee considered that he committed a foul at the origin of the move.

In the final stage, Ghana came back with a different posture, seeking more to attack. The game became more open, with both teams trying to find the goal. The first one he got was Portugal.

In the 20th minute, Cristiano found the net after having won a highly debatable penalty, in which he shared the ball with defender Djiku. Despite the African players’ complaints, the referee did not consult the VAR (video referee).

Ghana reacted and, at 28 minutes, sought a tie with Ayew. Then it was the turn of the Portuguese to show emotional balance to seek victory.

First, it was João Félix’s turn to score after a ball steal in midfield. He finished well, after the goalkeeper left, at 33 minutes. Then, at 35 minutes, Rafael Leão was another one to finish with precision.

Ghana still managed to discount with Bukari, at 44, but did not threaten again. Portugal held the pressure and maintained its advantage.

The victory was an important response from the Portuguese squad in the midst of the beginning of the crisis that was established in the squad on the eve of the World Cup.