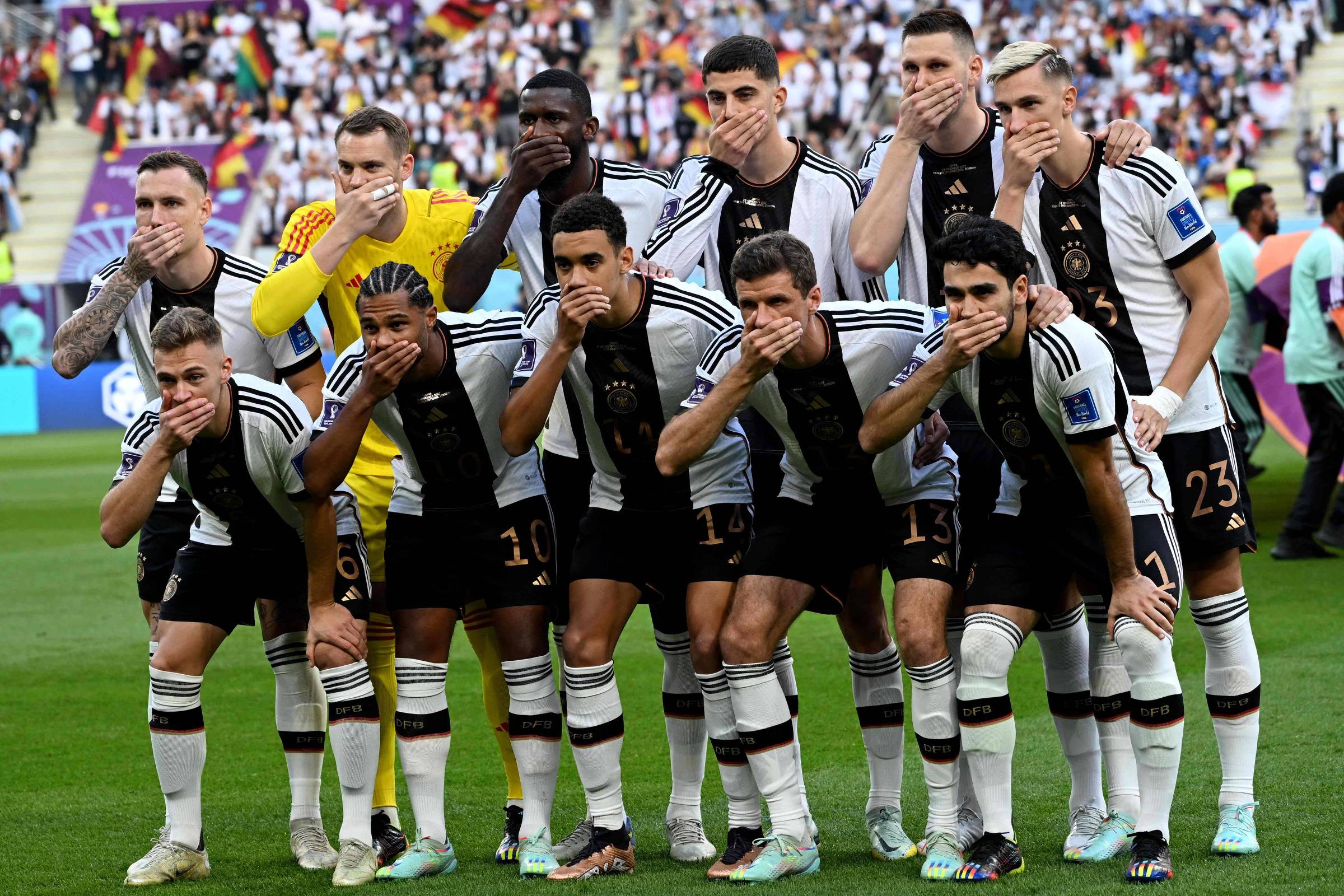 With the closing of the first round of the group stage, this Thursday (24), the Qatar Cup registered as one of its highlights the protests of players on the field.

They shared the spotlight with outstanding performances by Spain (7-0 in Costa Rica) and France (4-1 in Australia) and with one of the biggest upsets in the history of the World Cup, Argentina’s comeback defeat by Saudi Arabia ( 2 to 1).

The most outstanding demonstration at the World Cup coming from a team, and an important one, took place on Wednesday (23), when, when posing for a photo before the game against Japan, the Germans covered their hands with their mouths.

This was a criticism of Fifa, which banned captains from wearing rainbow armbands at the Qatar World Cup, representing the LGBTQIA+ cause, and the inscription “One Love” (one love), in a campaign to promote inclusion and diversity.

The host country of the Cup, one of the richest in the world (the fourth considering GDP per capita, according to Forbes magazine), is known for its low regard for human rights.

In Qatar, people from the LGBTQIA+ community are discriminated against, and homosexuality is criminalized; immigrants from poor countries receive low wages and work in unhealthy conditions; and women have restrictions on individual freedoms.

Seven athletes who captain their teams intended to take a stand against the customs and laws of the absolutist monarchy by using the stripe on their arm, among them goalkeeper Manuel Neuer, from Germany, star of Bayern Munich.

They withdrew, since the player who failed to comply with Fifa’s determination, which historically vetoes actions of a political nature in its competitions, would be warned by the arbitration with a yellow card – two cards of that color suspend the athlete for one match.

Other FIFA bans were aimed squarely at the Danish and Belgian national teams.

The Danes wanted to train in Qatar with a shirt containing messages in defense of human rights. They could not.

With that veto, and also that of the multicolored armbands, the Danish federation has warned that it will not support the president of FIFA, Gianni Infantino, in the next election of the highest body of football.

In the case of the Belgians, they will not be able to go to the field with uniform number two, mostly white, which bears the inscription “Love” on the collar. Belgium played in red in the opening match (1-0 in Canada).

The other moments of demonstrations by athletes that marked the beginning of the tournament took place on Monday (21), the second day of the World Cup, which started on Sunday (20) and will run until December 18.

In England v Iran, the English knelt on the lawn before the opening whistle, in a gesture to combat racism. Their captain, center forward Harry Kane, was unable to wear the “One Love” armband.

The Iranian players, in turn, refused to sing the country’s anthem, an apparent demonstration of support for demonstrators in Iran – the acts were triggered by the death of Mahsa Amini, a 22-year-old young man, in custody of the moral police.

Facebook
Twitter
Pinterest
WhatsApp
Previous article
Brazilian team keeps distance from protests in the debut in the Cup; see which selections have manifested
Next article
Ukraine: The International Council of Museums published a “red list” of endangered cultural objects