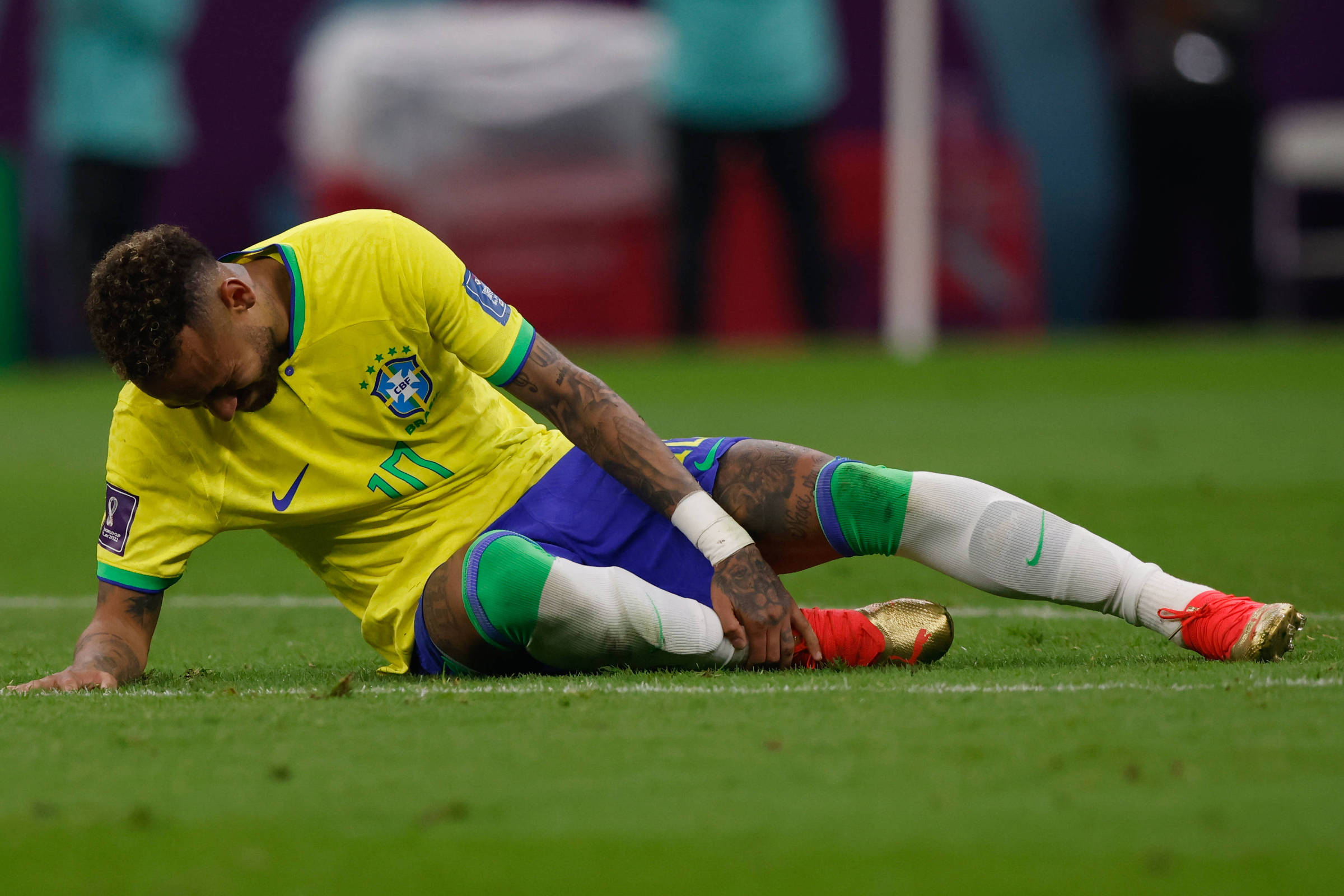 Neymar left injured in the debut of the Brazilian team in the World Cup. The striker sprained his right ankle in the 2-0 victory over Serbia, in Lusail, left the pitch in intense pain and became a concern for the sequence of the green-yellow team in the Qatar tournament.

The problem occurred in the 22nd minute of the second half, in a counterattack in which the number 10 received a fight from Milenkovic. His foot turned abruptly, pressed between his rival’s knee and the grass, while Vinicius Junior received and slipped in an attempt to finish.

“Neymar had a sprain. The move, seen on TV, is very clear. It was a direct trauma, in which the Serbia player’s knee made a movement, causing the sprain. It showed swelling, we started treatment immediately. Now, we have to wait 24 hours , 48 hours, to get a clearer idea”, said Rodrigo Lasmar.

According to the medical chief of the Brazilian delegation, there is still no scheduled imaging test. The first step is clinical observation. Lasmar preferred not to make this statement, but doctors interviewed by the report classified the participation of the number 10 in the match next Monday (28), against Switzerland, as highly improbable.

“I want to make a technical and tactical observation. He stayed, in the two goals we scored, feeling his ankle, because the team needed him. In both bids, and in one of them he participated decisively, he had the ability to overcome pain”, added the technician.

The injury thing actually occurred between the first and second goals. The striker ended up being replaced by Antony, in the 34th minute of the final stage. In pain, he covered his head with his shirt and had the injured area covered with an ice pack. At the final whistle, without his boots, he limped towards the Lusail stadium locker room.

Neymar arrived at the World Cup in great shape, after a high-level start to the season at Paris Saint-Germain, in France. Unlike what happened in 2018 – four years ago, he came from a crack in the little toe of his right foot and other problems–, he landed on the stage of the main football championship without physical problems.

Soon after, however, the situation changed.

“I spoke to him after the game. He was fine, icing his foot. I hope it’s nothing serious and that he can be with us in the next training session”, said left-back Alex Sandro.

“He is an athlete who suffers many blows in games”, said Antony. “We hope he recovers quickly. All positive energy for him. We know how important he is for our team, there are always two or three on top of him. May he come back soon and help us in the second game.”

If you have to do without Neymar, Tite will have to look for alternatives. One of them is to advance Lucas Paquetá to the role of midfielder and promote the entry of midfielder Fred. Another possibility is to change the number 10 shirt for Everton Ribeiro.

For now, the coaching staff awaits the recovery of its main player. And also look at Danilo’s situation. The right winger was another to suffer a sprained ankle –”lighter”, on the left, according to Lasmar– and will be another to gain the attention of doctors and physiotherapists.

Facebook
Twitter
Pinterest
WhatsApp
Previous article
Brazilian team keeps distance from protests in the debut in the Cup; see which selections have manifested
Next article
Ukraine: The International Council of Museums published a “red list” of endangered cultural objects