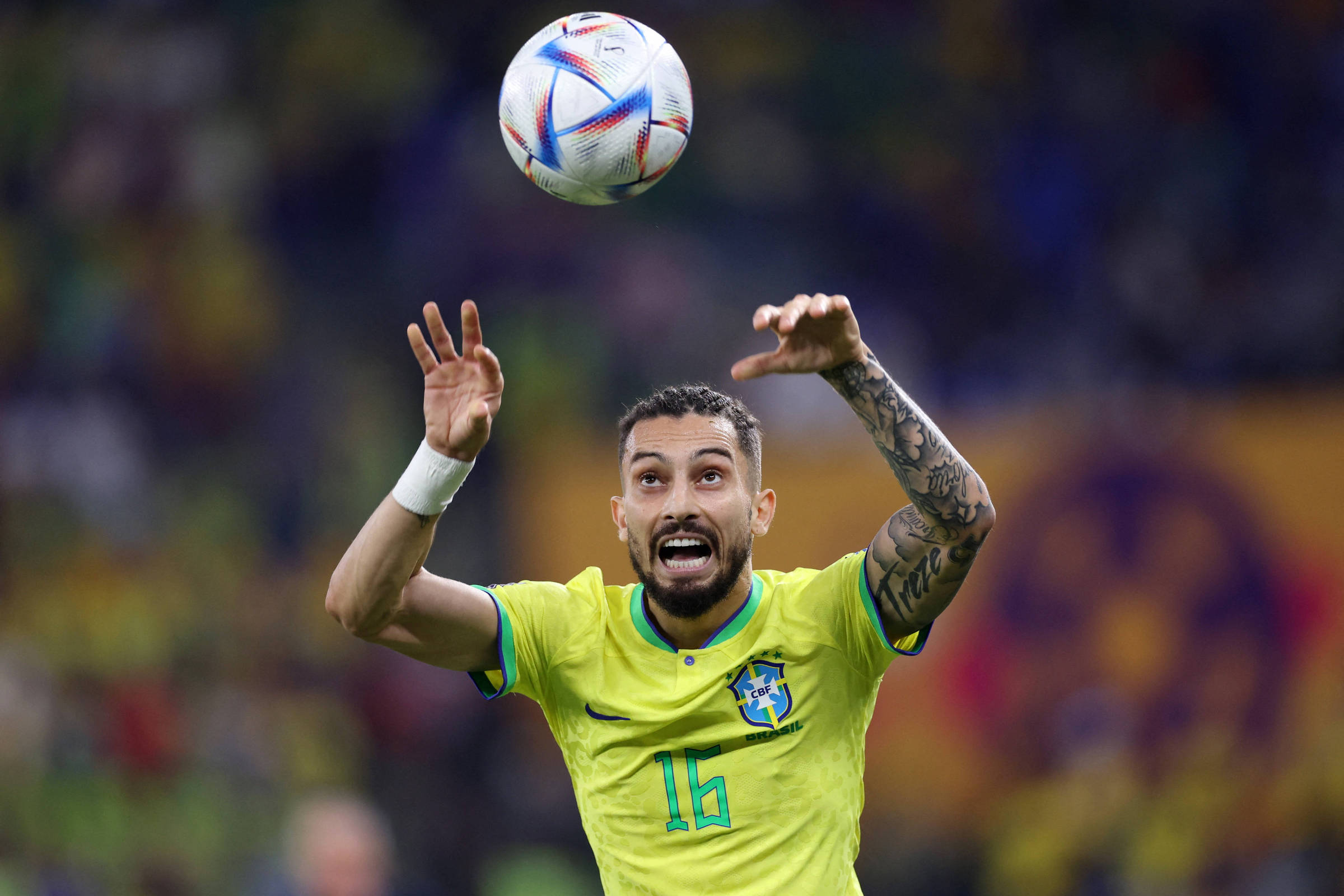 Probable replacement for Alex Sandro, 31, who has a hip injury, in Brazil’s match against Cameroon in the World Cup in Qatar, left winger Alex Telles, 29, has little experience in the Brazilian national team.

If selected by Tite, he will only play his tenth game for Brazil, his sixth starting as a starter – he did not score a single goal. Alex Sandro adds up to 39 games and two goals for the national team.

On Friday (2), the selection, already qualified for the round of 16 with the victories against Serbia (2 to 0) and Switzerland (1 to 0), will try to finish Group G in the lead – for that, all it takes is a a tie.

Telles was not a constant presence in the selection cycle, after the 2018 World Cup, which culminated in the Qatar World Cup.

He only secured a place among the 26 squad for the Cup in the final stretch, being present in the last friendlies, in September, before the list was released.

He gained Tite’s preference in the dispute with Renan Lodi, whose football went downhill after failing in the 2021 Copa América decision, against Argentina, and with Guilherme Arana – the latter had an injury that made him stop competing.

Created by Juventude, from Caxias do Sul, the city where he was born, Telles passed through Grêmio and has been working outside Brazil for almost ten years.

He played for Galatasaray (Turkey), on loan at Inter Milan (Italy), and Porto (Portugal), where he experienced his best phase, starting in 2016, winning the Portuguese Championship twice.

The prolonged good phase caught the attention of one of the European giants, the English Manchester United, who signed him in 2020.

There, it didn’t work. Norwegian coach Ole Solskjaer, in the 2020/21 season, relegated him almost all the time to the reserve of Englishman Luke Shaw, holder of the England national team in this World Cup.

In the following season, which had a change of coach (German Ralf Rangnick replaced Solskjaer), Telles had an ankle injury that hindered him in the dispute for position with Shaw, and the two alternated in the starting line-up for United.

For 2022/2023, the Brazilian is no longer in the plans of the new coach, the Dutchman Erik ten Hag – the same one who fell out with the Portuguese star Cristiano Ronaldo – and moved to Spain, loaned by United to the midfielder Sevilla.

His entry, which just won’t happen against the Cameroonians if Tite decides to improvise in the position, will change little in the Brazilian team.

Like Alex Sandro, Telles is a good scorer, being considered a little better than his colleague in supporting the attack.