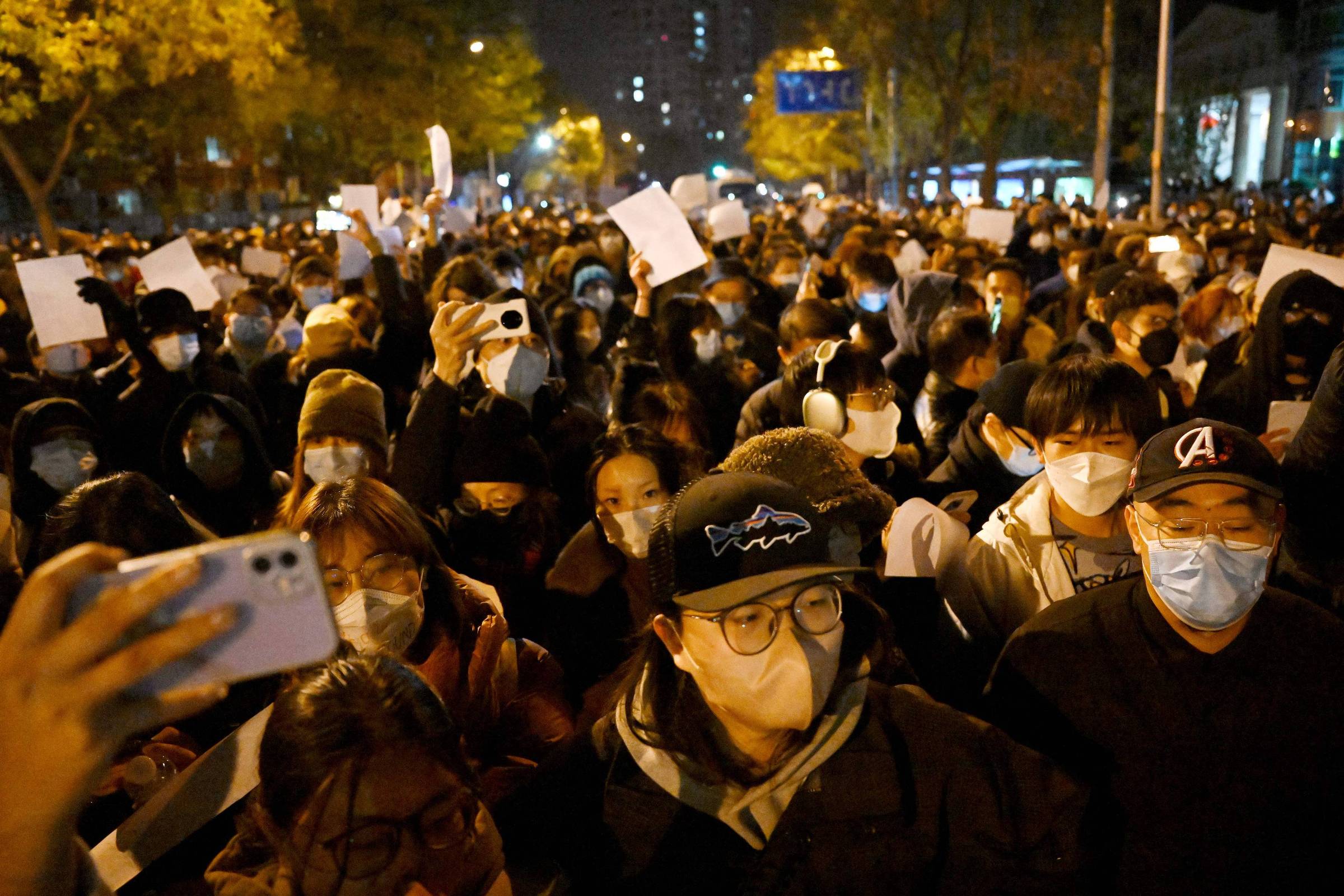 The challenge posed by popular dissatisfaction with the handling of the Covid-19 pandemic by the dictatorship led by Xi Jinping in China fuels a perfect geopolitical storm, which involves the four main actors of the contemporary world.

The United States, the main global power, faces a fratricidal political war that has divided the country since 2016, in addition to multiple challenges to its predominant position since the end of the Cold War in 1991.

Vladimir Putin’s Russia, defeated like the Soviet Union in that decades-long conflict, threw all its chips into the Ukrainian War to restore once and for all its imperial prestige and ensure security assumptions. So far, it fails on both fronts, in an uncertain and dangerous conflict.

Due largely to Russian aggression, the European Union struggles to maintain its complex internal cohesion under the pressure of a winter of deprivation, energy and food inflation, and cracks in Kiev’s degree of engagement in the war.

Up until now, the thunderclouds had settled quite definitely on the Chinese horizon, but the rain had not yet arrived. Now, it collapses in a copious manner in the form of protests that, if they do not challenge the stability of Xi’s government, force the leader to expose himself in an unprecedented way.

In most geopolitical analysis models on the market, these four protagonists of the so-called global north hold the cards in world dynamics. There are, of course, other vital countries such as India and Japan, but for the purposes of political analysis and forecasting the quartet is unbeatable.

It makes up around 60% of the World’s Gross Domestic Product and the bulk of its military strength: of the world’s seven largest defense budgets, six are from the group (India ranked fourth in 2021), and that’s on spending. prior to the war.

Historically, there have always been power blocs and rivalries, usually with one power rising up when others went into crisis. A classic case is the American rise to occupy the space that the British Empire had until the First World War (1914-18), when London and Paris were challenged by Berlin.

Even in the Cold War, the challenge posed by the Soviets to the capitalist world was a dispute between winners, in the case of the second world conflict (1939-41), when Germany was obliterated and its militaristic impulses were curbed.

In 1991, the end of global bipolarity paved the way for what then-president George HR Bush called a new world order speech.

It was bombastic, but it seemed consistent even in what he did not foresee: the communist scarecrow melted away and the US emerged victorious, but the Gulf War gave birth to 21st century jihadism, China began its economic rise as Japan sank into crisis, and the European Union saw its founding treaty established.

Three decades later, the entire arrangement is in crisis, with the difference that there is no power or bloc in a position far superior to that of rivals to claim victory for itself. On the contrary, the years of globalization and economic interdependence have complicated the whole equation.

Washington, for example, may vitamin the Quad group (with India, Japan and Australia) and antagonize Beijing on every possible aspect of Cold War 2.0, including economics, but it still has a degree of symbiotic linkage with the Chinese economy that difficult to break abruptly.

It was applied to Putin’s Russia due to the war, but the bigger problem was the Europeans and their energy dependency on their eastern neighbor. Even so, the impacts of the draconian sanctions regime, with record inflation for example, are also seen on American soil.

Likewise, Xi faces his greatest domestic challenge at a time of fragility that has everything to do with the economic framework of the contemporary world. The disruption of China-centric supply chains with the pandemic ended up perpetuated by its Covid-zero policy, the subject of the current protests.

This, combined with uncertainties about the solvency of the Chinese real estate market and banking regulation problems that led to other popular acts this year, puts the newly ushered into a third leading term in a position where all he needs is a more external shock. hard.

Not by chance, despite maintaining his reiterated loyalty to Putin, Xi opened a direct channel with the American Joe Biden after their meeting at the G20 in Bali, and a rapprochement, tactical as it may be, seems possible. Significantly, markets are celebrating the initial effects of China’s crackdown on the acts and hoping for an end to the turmoil.

Of course, none of this survives a new Tiananmen square or the forcible annexation of Taiwan, but the caution with which the US has handled Chinese protests thus far shows that no one is interested in rocking the boat further.

The storm, today, is for everyone, and whether there will be a new world order drawn from it, its outline is unknown.