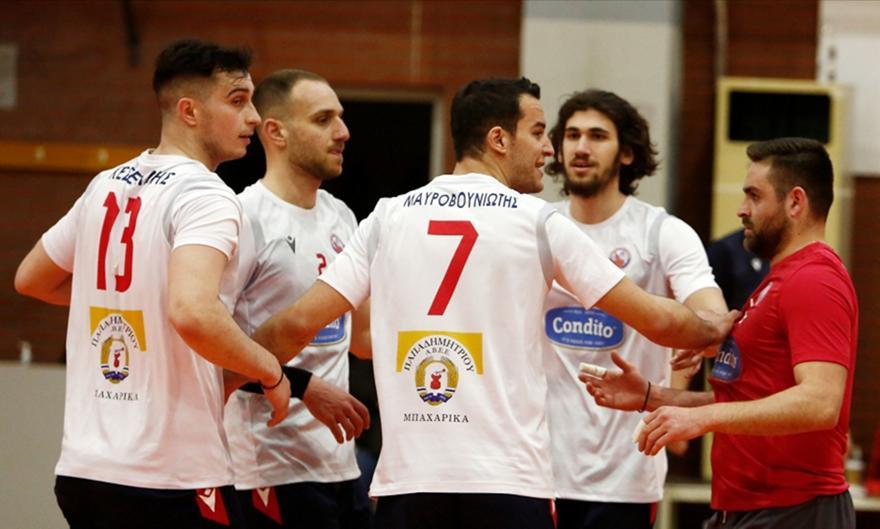 He made the easy things difficult in Skydra Pegasus Polichni as he saw Aristotle overturn the 2-0 deficit and equalize, however he managed to take the match in the tie-break with his experience and quality. Now the team of Heraklis Theodoros turns its attention to the very difficult home match against Panathinaikos on December 10. In Nea Smyrni for the match with I was talking Aristotle Skydras will travel for the 8th matchday.

The Thessalonians entered the first set and took a quick three-point lead with Miley leading the way and extended their lead to five after excellent efforts over the net. Aristotelis “marked” enough corners on the serve, but he was unable to cope with Pegasus taking the set with 22-25 making it 0-1.

In the second set the players of Iraklis Theodoros had him as the protagonist Barreto which was storming and they set the stage for the dominance by quickly making it 7-12. On the other side, Rojas and Flores tried to “collect” the difference, but the reception and the block of the guests did not allow the reversal and Pegasos escaped to +8 which was also the maximum value of the difference in the match, making 17-25 for 0-2.

Aristotle Skydras was quite improved in third set making it difficult for Pegasos with Tselios’ strong hits on the serve, even taking a three-point lead. The game turned into a derby as the home side became unassailable in the block and excelled in their early attacks going on to take the 3rd set with 25-22 and they got a “pulse”.

The hosts continued at a similar tempo in the fourth set with Flores again starring and helping both offensively and defensively giving Aristotle a 6 point lead for 13-7. The visitors looked “hypnotized” and Torres along with Mendes took advantage of their opponents’ inactivity by taking the set with 25-17 and taking the match to a tiebreak.

Pegasus was clearly better at bye break and with two well organized attacks he reached a quick +3 with Milis and Mavrovouniotis helping the most making it 4-7. Aristotelis Skydras’ men were troubled by going down to a point, but their poor choices in the last few attacks and the excellent blocking of the visitors brought the 8-15 and the stressful victory for Pegasus.