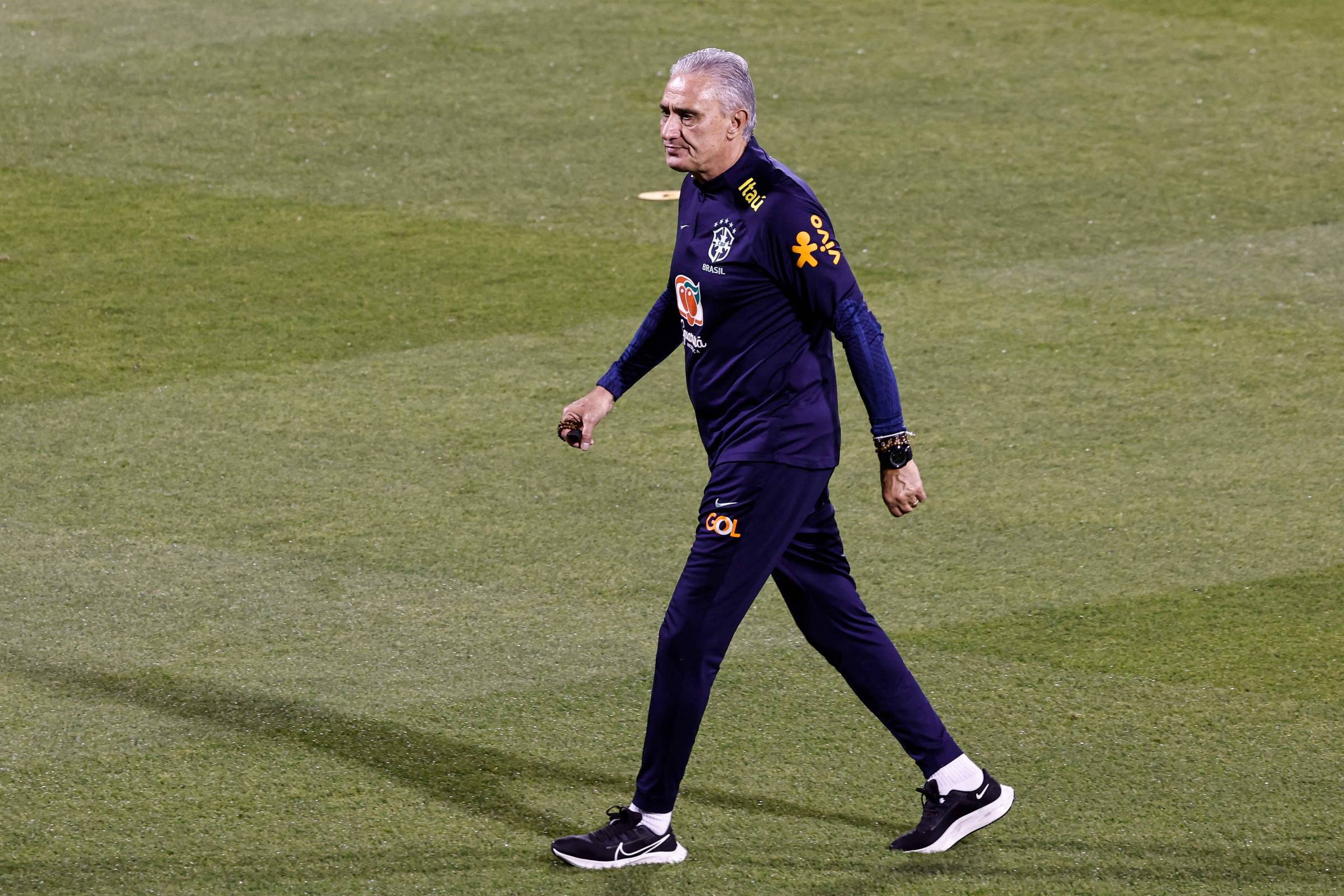 Tite divides between youth and experience to define selection against Cameroon

It had already become a habit for Tite to hide the lineup of the Brazilian national team during the World Cup in Qatar. This Wednesday (30), however, he decided to change his posture.

Even with training at the Grand Hamad Stadium, in Doha, again closed to the press, the coach informed part of the team that he intends to send to the field against Cameroon, on Friday (2), in the last round of the group stage.

Eight players are confirmed, including veteran right-back Daniel Alves. At 39 years old, he is about to become the oldest player to defend the Canadian team in a World Cup.

That could have already happened in the match against Switzerland, on Monday (28), but Tite preferred to improvise Éder Militão in place of Danilo, who suffered a sprain in his left ankle on his debut. Instead of using the one who, in theory, is the natural substitute on the right side, the coach opted for the defender.

Despite being one of the coach’s trusted men, not only does his age weigh against Daniel Alves, but also the fact that he hasn’t played in two months. His last commitment, for Pumas, from Mexico, was on September 30th. After that, just workouts.

“I have the pleasure of talking and training with Dani every day. I find it very annoying what they say about him, about his moment. On a daily basis we see that he is totally focused and concentrated. He is the guy who has more titles in the world, no need comments,” said left-back Alex Telles, another starter on Friday.

As Brazil needed to beat Switzerland to confirm its place in the round of 16, the team could not do without someone in perfect physical condition. The game was difficult, as the scoreboard points out, 1-0, goal by Casemiro, 30 years old.

Even so, Tite highly values ​​the shooting of the athletes before defining their lineups. That’s why he preferred to advance Lucas Paquetá and put Fred in front of the Swiss instead of giving Rodrygo the chance to prove himself as a worthy substitute for the injured Neymar.

The Real Madrid striker is fast, has good vision of the game and knows how to play centrally. He has, therefore, the same characteristics as the number 10, who should only return from the knockout stage due to a sprained right ankle. But the 21-year-old was never a starter for the national team.

The experience factor is at the heart of the doubts of the Brazilian commander for the duel against Cameroon.

As he himself asked to be disclosed to the press, there are six players disputing three spots: Fred and Bruno Guimarães, Everton Ribeiro and Rodrygo, in addition to Pedro and Gabriel Jesus. In common in these disputes there is, precisely, the services provided by each athlete to the Canarinho team.

“After the game against Switzerland, Tite already said that he had the intention of making changes, of giving everyone the opportunity to play. It’s something that makes us happy”, commented Fabinho, another one who already has his lineup confirmed.

Fred, 29, is in his second World Cup and has 30 games for the national team. Bruno Guimarães, 24, on the other hand, had his first call-up only in 2020 and accumulates only eight games.

For Neymar’s vacancy, both Rodrygo and Everton Ribeiro, 33, are new to the World Cup. However, in addition to the age difference, the former has only 8 caps for the national team, while the latter has 21.

In attack, the ballast difference between the two options is even greater. Gabriel Jesus, 25, started at the last World Cup, although much criticized for leaving Russia without scoring a goal. But, in addition to experience, he has accumulated 56 games and 19 goals. Pedro, 25, in turn, has only two appointments for the team.

“Whoever plays will have the opportunity to wear the shirt of the Brazilian national team in a World Cup, so the thought of a winning team must always be that, enter, give the best, win and be the first”, said Fabinho.

Brazil leads Group G, with 6 points. Switzerland are in second with 3, while Cameroon and Serbia are tied with 1 point each.

The top two in this group will face opponents who will come out of Group H, which currently has Portugal in first (6), Ghana in second (3), in addition to South Korea (1) and Uruguay (1) tied.

“Being first is always the objective, regardless of who the opponent is in the next match,” said Fabinho.