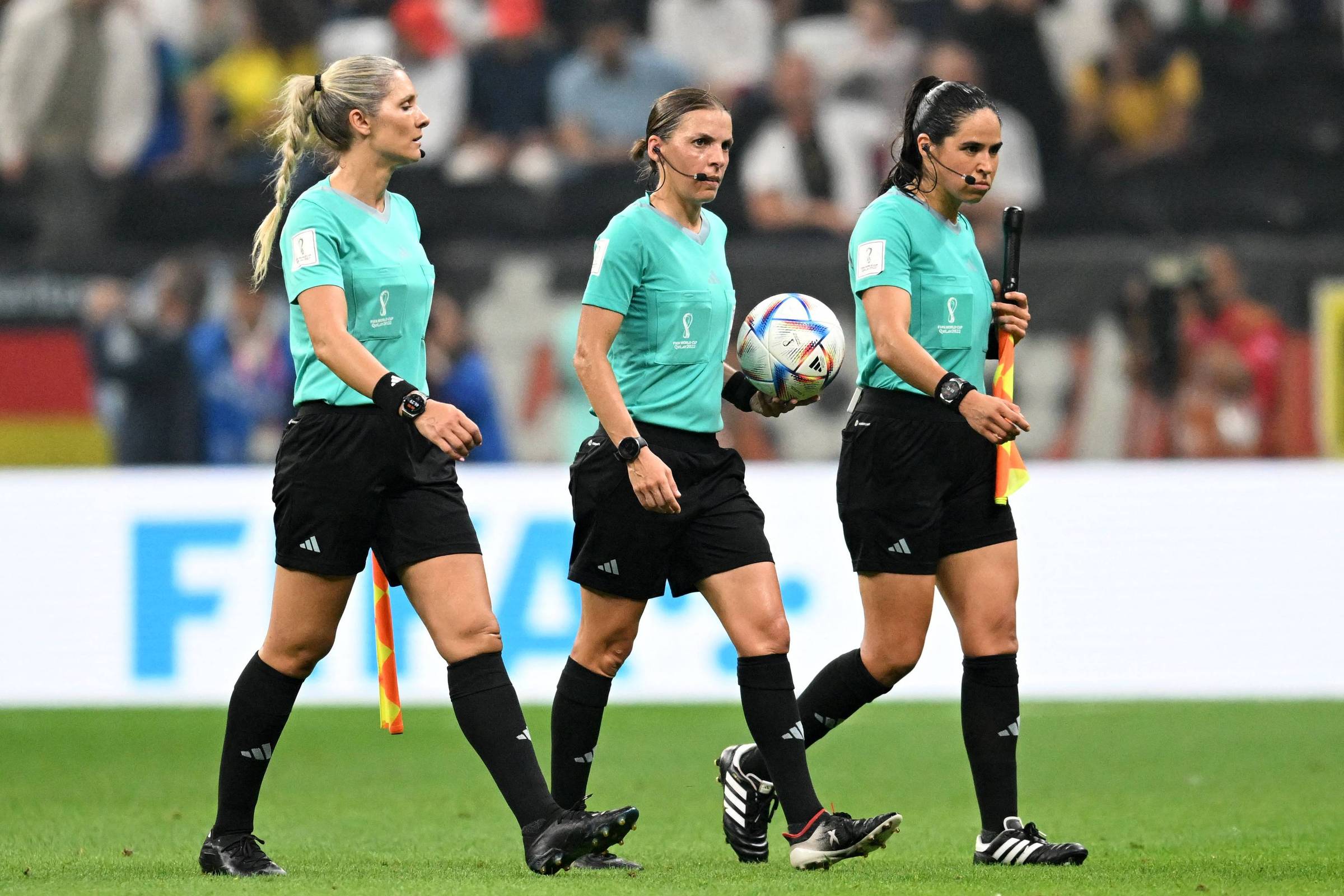 It took 22 editions of the men’s soccer World Cup for women to have a place in refereeing. And the trio made up of France’s Stéphanie Frappart and linesmen Neuza Back, from Brazil, and Karen Díaz Medina, from Mexico, had no problems in Germany’s 4-2 victory over Costa Rica, this Thursday (1st).

Frappart is the most famous referee in the world. She has already refereed the men’s French Cup decision, the men’s Champions League game and the qualifying match for the Qatar Cup (Netherlands vs. Latvia, in March last year).

The duel held at the Al Bayt stadium, in Al Khor (QAT), for the third round of the group stage (Group E), was the best possible for the team’s debut. Despite the many twists and turns, it was a smooth game in terms of discipline, with no harsh moves or controversial moves.

Thus, the game took place without many stoppages and without the application of cards. Only 11 fouls were committed: 3 from Costa Rica and 8 from Germany.

The referee only had to intervene in Germany’s 2-2 draw, when Havertz scored and defender Waston held the ball inside the goal, to prevent the German from taking it to the center of the field. Frappart just called Havertz to talk and ask for calm. No major problems.

Even the elimination of the Germans in the group stage of the World Cup for the second consecutive time did not leave tempers heated, which facilitated the work of the arbitration team.

The duel had only two VAR interventions. In Costa Rica’s second goal, Frappart just listened to the VAR and validated. Already in the fourth German goal, the Brazilian assistant Neuza Back noted Fullkrug’s offside, but the VAR analysis again validated the goal.

In addition to the trio who officiated the duel between Costa Ricans and Germans, the other female representatives in the refereeing in Qatar are Salima Mukansanga, 34, from Rwanda, and Yoshimi Yamashita, 36, from Japan, and assistant Kathryn Nesbitt, 34, from the USA .