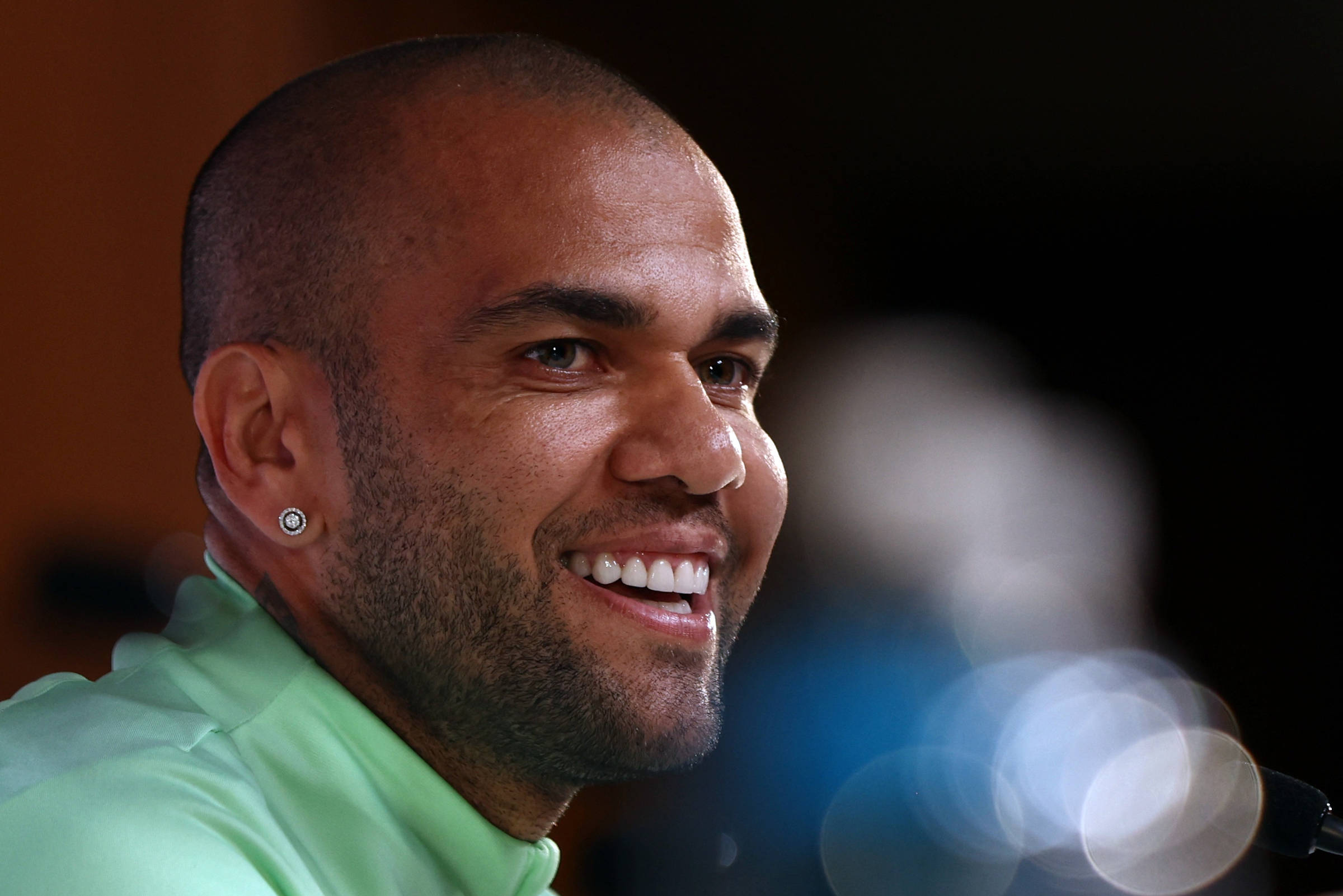 Daniel Alves survived a serious injury, recent passages erased by different clubs, distrust and criticism for having been called up. After all that, he will be the oldest player to play for the Brazilian national team in a World Cup.

The 39-year-old winger is scheduled for this Friday’s match (2), against Cameroon.

The confrontation at the Lusail stadium, at 4 pm (Brasília time) will be for the last round of Group G. Due to the fact that the team is classified, with six points and 100% of use, Tite will save the starters. But the first bracket position is not guaranteed. In order not to depend on the result of Switzerland vs Serbia, the selection needs at least a draw.

Alves will take the place of Danilo, who injured his left ankle in the first round against Serbia. Against Switzerland, in the next round. Tite preferred to improvise defender Militão in the sector.

Chosen to speak to the press this Thursday (1st), Daniel Alves could go ready for war after hearing everything that was said about him. From the list of 26 players named by Tite, the name of the full-back was the most disputed. He hasn’t played for more than three months and has a contract with a team from Mexico, the Pumas, not a team that plays in a top league of world football. Before that, he left São Paulo without having shone as expected.

If his experience is useful on the field, it is also useful off it. Eloquent and good-humored, he took the questions to heart. With the phrase “if I have to play the tambourine, I’ll be the best tambourine player you’ll ever see”, he drew laughter. He felt at ease the entire time in the Qatar Convention Center room.

Tite never made much of a point of hiding having called the veteran winger more for what he represents off the field, for his experience and ability to unite the group. But he had already made up his mind to call him for a long time.

When Alves suffered ligament damage in his right knee in 2018, two months away from the Russian Cup, it looked like the end of the line. He was 35 years old and preparing for what would, in theory, be his last Worlds. It was not easy to imagine him in Qatar. But Tite promised him at the time that if he was in good physical condition in 2022, he would be called up.

That’s why Alves has put in a lot of effort over the last few months and went to train at Barcelona B to be in good shape. Tite’s assistant, Cléber Xavier, praised the veteran full-back’s dedication and his current form.

“I told them to give me a mission, and I did it,” added the player.

It is not the first time. In 2010, in South Africa, Maicon was in a great phase at right back. When Elano was injured and opened up a spot in midfield, it was Daniel Alves who filled it. With 125 participations, he is the third person who most wore the shirt of the Brazilian national team. He is only behind Roberto Carlos (132) and Cafu (150).

It wasn’t just in the Brazilian national team that he did well for the group. Owner of a record 42 career titles, he marked his historic passage through Barcelona (2008-2016) also for being able to bring colleagues together.

When it became clear that Neymar would leave Santos to join the Catalan club, long before he actually moved to Spain in 2013, the full-back began to play in midfield for the friendship (which lasts until today) between Messi and the striker. Brazilian flourish. They began to face each other remotely in video games.

Last week he went to the trouble of attacking Mbappé to protect his friends. He said that of Paris Saint-Germain’s attacking trio, Neymar and Messi were much bigger than the Frenchman. When he suffered the injury in 2018, Alves was playing for PSG.

“Life has taught me that, when you put your mind on what you want, when you put work, dedication, proceeding, it takes you to unimaginable places. That’s what is happening now”, he declared, about to dispute the third World Cup of your career.

It was because of this type of message, the same one that passes on to younger teammates in the concentration, that Tite summoned him. But not just for that. Every time he heard that he had taken Daniel Alves to the Cup just to unite the athletes, the coach reacted. It was also about football. This Friday’s match proves that.

“I’m not here to please Twitter,” replied the coach, in a statement that is a little out of keeping with his calm and restrained personality.

The question also becomes what to do if Danilo is unable to return in the round of 16. Who will be selected on the right wing? Daniel Alves could show against Cameroon that he didn’t go to Qatar to “play the tambourine”, as he defined it.

In other positions, there are those who also think in a similar way and can take advantage of the opportunity received. Tite will field Ederson in goal, Bremer in defense, Fabinho and Bruno Guimarães in midfield, Rodrygo, Antony, Martinelli and Gabriel Jesus in attack.

The main doubt was between Rodrygo and Everton Ribeiro, but the coach believes that the Real Madrid player, who almost always comes on as a substitute, deserves an opportunity as a starter. Militão will be moved to the defense, and Alex Telles will take the place of the injured Alex Sandro.