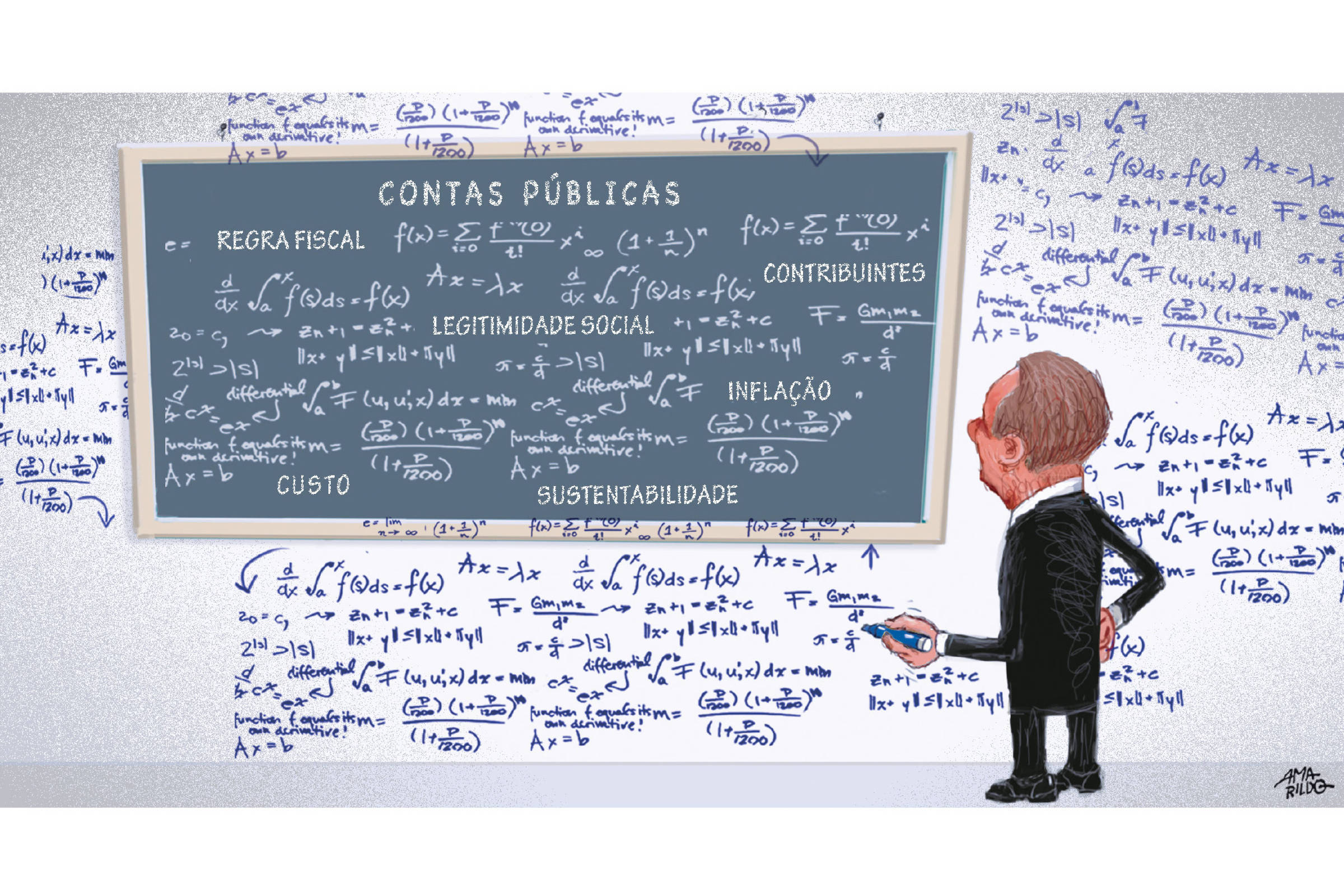 To be strong enough and credible, tax rules need to be aligned with political commitments and, therefore, with society.

In the past, the Fiscal Responsibility Law, the golden rule and the spending ceiling were being changed and reinterpreted, demonstrating the superiority of public choices over formal texts. However, the deterioration of the rules did not go unpunished and increased uncertainty and risks for the population as a whole.

But ultimately decisions to scale up spending are constrained by real factors because the blanket is short.

A first limit to the increase in public spending is society’s willingness to pay more taxes from time to time to rebalance the accounts. The simple lack of compensation for higher taxes implies growing public debt and higher financing costs (interest).

There are countries that live with fiscal deficits and high public debt. But these places have more friendly rules and regulations for production and investment and manage to finance themselves with lower interest rates. In addition, the growth of the economy over time manages to offset this interest account. This is not the case in Brazil.

We are a country with a shortage of capital and where the interest rate is much higher than the potential growth of the economy (neutral interest, that is, the one that neither accelerates nor contracts the economy, above 4% per year, in real terms; Potential GDP below 2% per year). In other words, society’s effort to collect taxes, in addition to paying government expenses, must still compensate for this imbalance, close to 2.5% of GDP. Thus, we need to achieve primary surpluses so that the debt does not follow a growing and explosive trajectory. We are far from that condition.

Another limitation comes from the economic cycle. The Brazilian economy ends 2022 without idle capacity, normalizing consumption of goods and services after the pandemic and recovering from breaks in production chains. The job market will remain tight until the interest rate hike has its full impact. Injecting more public spending or having to raise taxes even more means fueling inflation that is still far from the long-term target of 3%. If we observe a detachment of inflation expectations for 2024 and 2025, an independent Central Bank may be compelled to raise the basic interest rate (Selic rate) again or keep it high as it is for a longer time, instead of reducing it. A counterproductive effect for the increase in expenses, at that particular moment.

Inflation, in turn, helps raise public revenues and contain short-term debt growth. However, the strategy is usually short-lived, until expectations of rising prices become detached from the target; and the bitter medicine always falls on the population, as we observed in the recession between 2014 and 2016.

A third limitation is the perception of risk by investors (companies or families, residents or foreigners) on Brazilian assets, such as debt securities, stock exchanges or futures markets. These agents apply their savings to open a business, or to carry out their projects, such as buying a car, house, pension, or to protect the value of their resources over time. Thus, the greater the risk of raising taxes or rising inflation, the greater the return required by savers.

Another limit is in social expectations, as the perception of well-being reverberates on the government’s popularity and helps to support its agenda. Polarized elections like the ones we’ve had impose important restrictions on the game, reducing the space for possible errors in judgment.

Since before the pandemic, there has been a worsening in the evolution of Brazilian assets: nominal interest (five years ahead) went from 6.2% to 13.5% per year; with comings and goings, the Exchange was close to 110 thousand points, even with an appreciation of more than 70% of the commodity sectors; the exchange rate rose from R$4.15 to R$5.30 per dollar; Implied inflation five years ahead went from 3.8% to 7%! Obviously, the global situation helps compose this picture of risk aversion.

The macroeconomic risk is not negligible. On the other hand, an improvement in the perception of risk in Brazil, with clear signs of austerity in the fiscal field, can bring about a virtuous process between society, politics and the economy. Since the beginning of the war between Russia and Ukraine, Latin America, in particular Mexico and Brazil, has been under the watchful eye of foreign investors, who are targeting a sea of ​​opportunities associated with the new agendas (environmental, energy transition, rapprochement of global production chains) and to other more traditional ones (commodities). However, for this to happen, a credible commitment to fiscal adjustment, albeit gradual, plays a role in reducing uncertainties. The adjustment started in 2015 has not yet ended.

Choosing the poorest as the focus of the public budget is something widely desired by all, as high inequality constrains and inhibits opportunities. But it is possible to do so and, at the same time, signal a firm commitment to a broad budget review—mandatory overspending; subsidies for the non-poor—improving the focus and quality of social programs, which opens up space to offset more urgent spending. And, at the same time, it would be fundamental to renew the commitment to structural reforms and to the sustainability of the public debt.

There is no perfect fiscal rule; there are several possible designs with advantages and disadvantages, and their respective costs. If the spending ceiling was a more rigid rule and dependent on structural reforms, it was also simple and, therefore, easy to promote the convergence of expectations. Originally, it promoted coexistence with lower interest rates and controlled inflation. Other, more flexible rules tend to be more complex and, possibly, less efficient in relation to the intended objectives.

It is necessary to establish priorities and recognize the real limitations that the conjuncture imposes. Communicating such choices and “tying one’s own hands” with a moderate starting point in the federal budget and a credible fiscal rule will contribute to reducing uncertainties, attracting support and investment, and opening a safer path for realizing the social agenda.