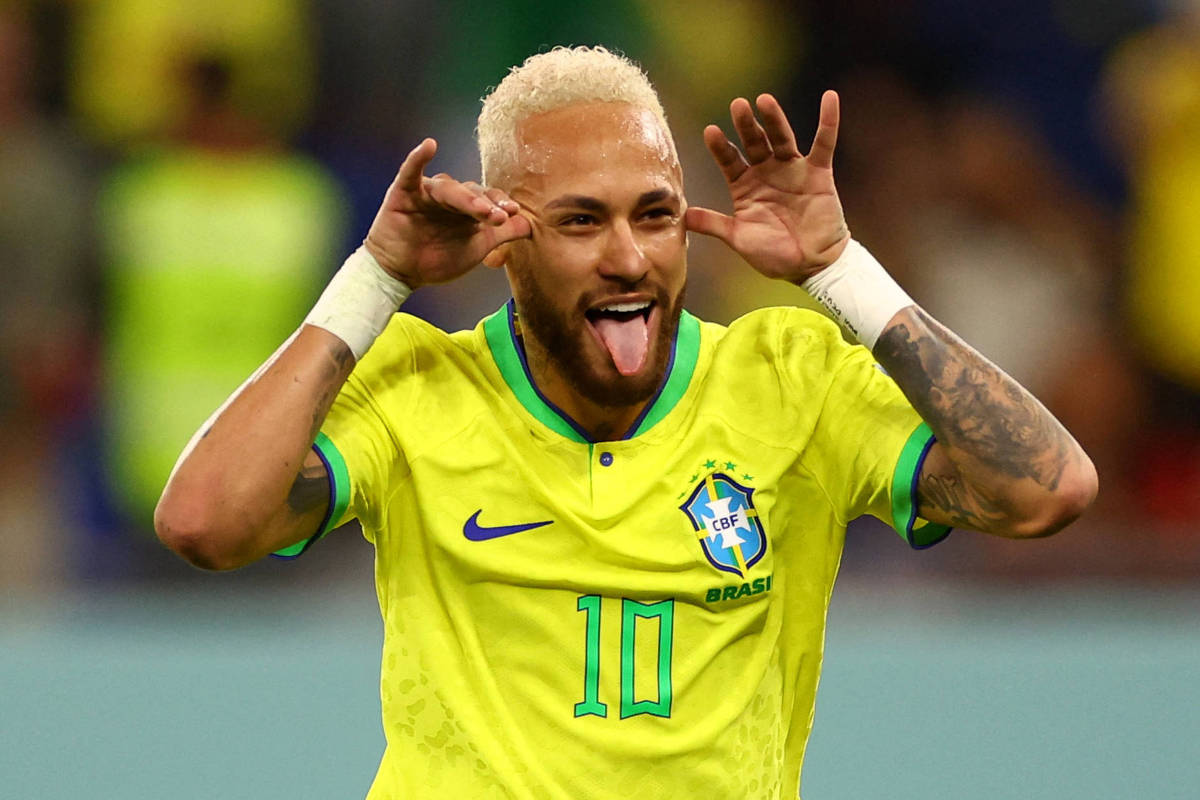 Neymar scored, assisted, dribbled, ran, was fouled, fell and got up. He did all this without showing any expression of pain. He played for 80 minutes.

For Tite, it was a relief as big or even bigger than the quiet victory of the Brazilian team over South Korea, by 4-1.

The coach was apprehensive about the posture of the number 10 in the match, his first in the World Cup since the right ankle injury suffered in the debut, against Serbia. He ended up out of games against Switzerland and Cameroon, for the group stage.

The lineup against the Koreans was uncertain – as well as the star’s own continuity in the tournament. There was the possibility for the player to start the match on the bench and enter only if necessary.

Since the injury, he has had full-time treatment with doctors and physiotherapists from the CBF (Brazilian Football Confederation). As he trained without problems for the last two days, he was named in the starting line-up against the Asians.

As soon as the ball rolled, the first great expectation of the fans at the 974 stadium, in Doha, was to know what his first touches on the ball would be like.

He didn’t take long to show that he was fine. Centralized in some moments, falling to the left in others, the number 10 called the ball from the beginning of the game. He tried to dribble, made runs and, with seven minutes, served Vinicius Júnior, who opened the scoring.

Neymar scored four at the 2014 World Cup in Brazil and two more in 2018 in Russia. Altogether, he adds up to seven now.

Brazil, clearly, took its foot in the second half. Perhaps as a precaution after the wave of injuries that killed five players throughout the first phase (Neymar, Danilo, Alex Sandro, Alex Teles and Gabriel Jesus). The last two are even out of the competition.

Alex Teles, by the way, was in the stands at stadium 974. The number 10 of the Brazilian national team went up to him in celebration of his goal to show affection to his teammate.

But only the first half was enough not only for Brazil to define the match but for Neymar to show that he is ready to return to lead the team on the field.

He was only substituted in the 35th minute of the second half, at that point, as a precaution, even with the Koreans not making such hard fouls in the match.

The next challenge for the Canadian team, against Croatia, in the quarterfinals, should offer more difficulties for the star. The duel will take place on Friday (9), at the Cidade da Educação stadium, in Al Rayyan.

It will be his biggest test in this World Cup.