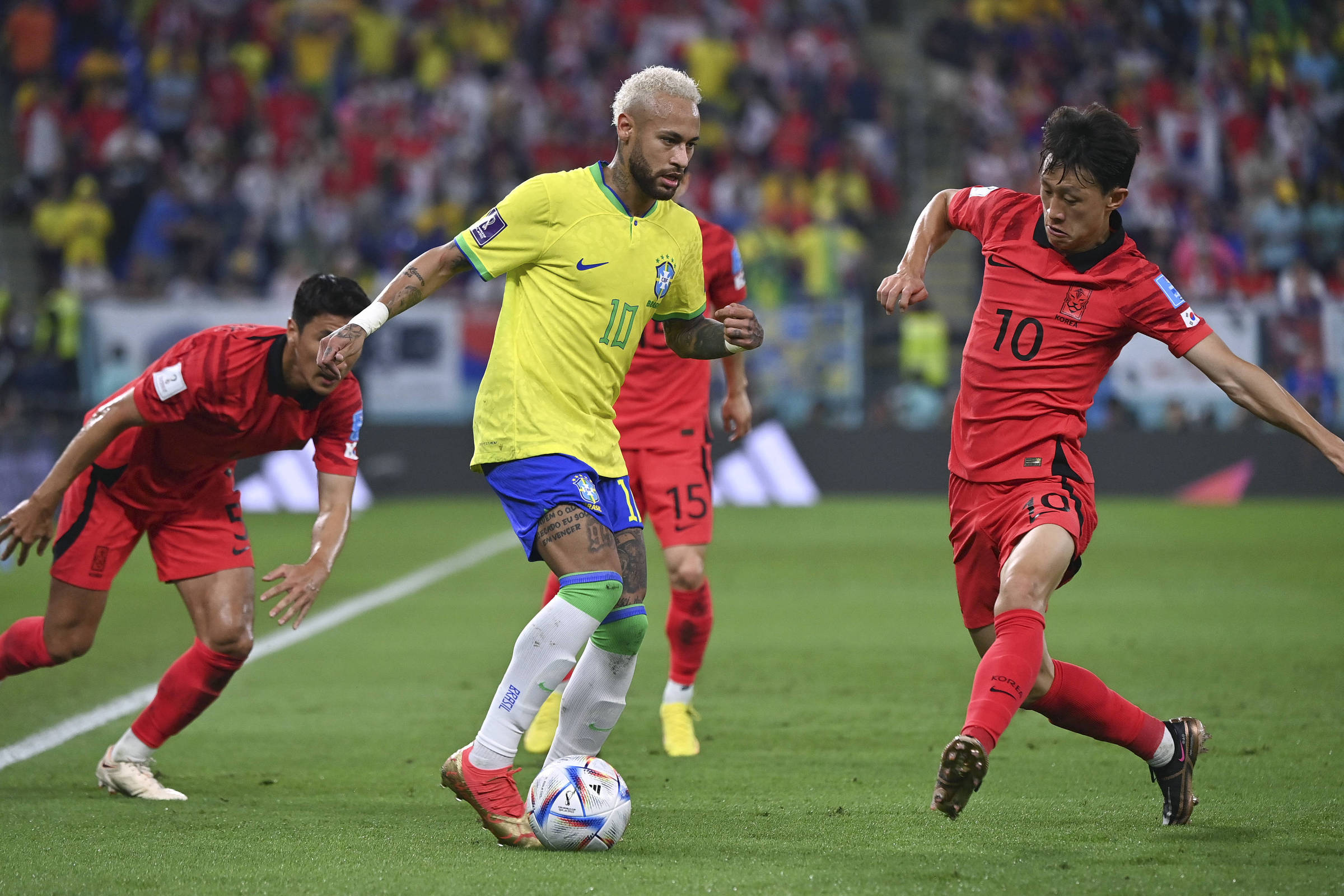 In addition to Brazil’s dominance in the easy 4-1 victory over South Korea, this Monday (5), in the round of 16 of the World Cup in Qatar, another fact that drew attention was the freedom with which Neymar was able to parade his football at stadium 974 in Doha.

In the 80 minutes he was on the field, the number 10 suffered just three fouls from the South Koreans, none of them with excessive force. That number is a third of the nine fouls suffered against the Serbs, which made him the most hunted player in the first round of the World Cup, ahead of the Spaniard Gavi, who was knocked down five times.

In the opening duel of the Cup, Neymar was chased on the field, always with at least one scorer close by, getting firm and blocking his moves. But not every tackle he took was called a foul by the referee. In one of these bids, he was stopped in the 21st minute of the second half and ended up suffering the ankle sprain that left him out of the next two matches of the group stage.

Against South Korea, however, he found the spaces he needed to show his football and help the team to victory. It’s okay that the entire attack from the canary was involved in the duel, but the characteristic of the South Korean scorers is not to impose so much physical strength, which made it easier for the Brazilians.

Main name of the Brazilian team, the number 10 took advantage of the spaces to draw the attention of the defense in the goal that opened the scoring. At Raphinha’s cross, he didn’t reach the ball, but pulled two defenders with him, leaving Vinícius Junior free to choose where to shoot.

Afterwards, he still scored his 76th goal for the Brazilian national team, which leaves him just one behind King Pelé in the national team’s top scorer. It was also his seventh goal in World Cups, equaling Careca’s mark.

For the remainder of the game, he managed to create good plays, especially for Raphinha, the only member of the Brazilian attack that has yet to score goals in Qatar.

To avoid further wear and tear, and already thinking about the quarterfinals against Croatia, coach Tite opted to replace Neymar with Rodrygo, at 35min of the second half.

The Brazilian ace showed that he is recovered from the ankle injury and, more than that, with a lot of desire to win the sixth championship. Against the Croatians, whose football is more physical than the South Koreans, he won’t find the same ease in marking, but the confidence of this Monday’s victory and the strength of the Brazilian attack could help him escape the toughest fouls on Friday (2), at 12:00 (Brasília time), at the Cidade da Educação stadium, in Al-Rayyan (QAT). On to the semifinals.

Facebook
Twitter
Pinterest
WhatsApp
Previous article
World Cup: Comedian cries after being arrested in Qatar: ‘Afraid of losing my life’
Next article
Mexico: Murder of a judge in his car