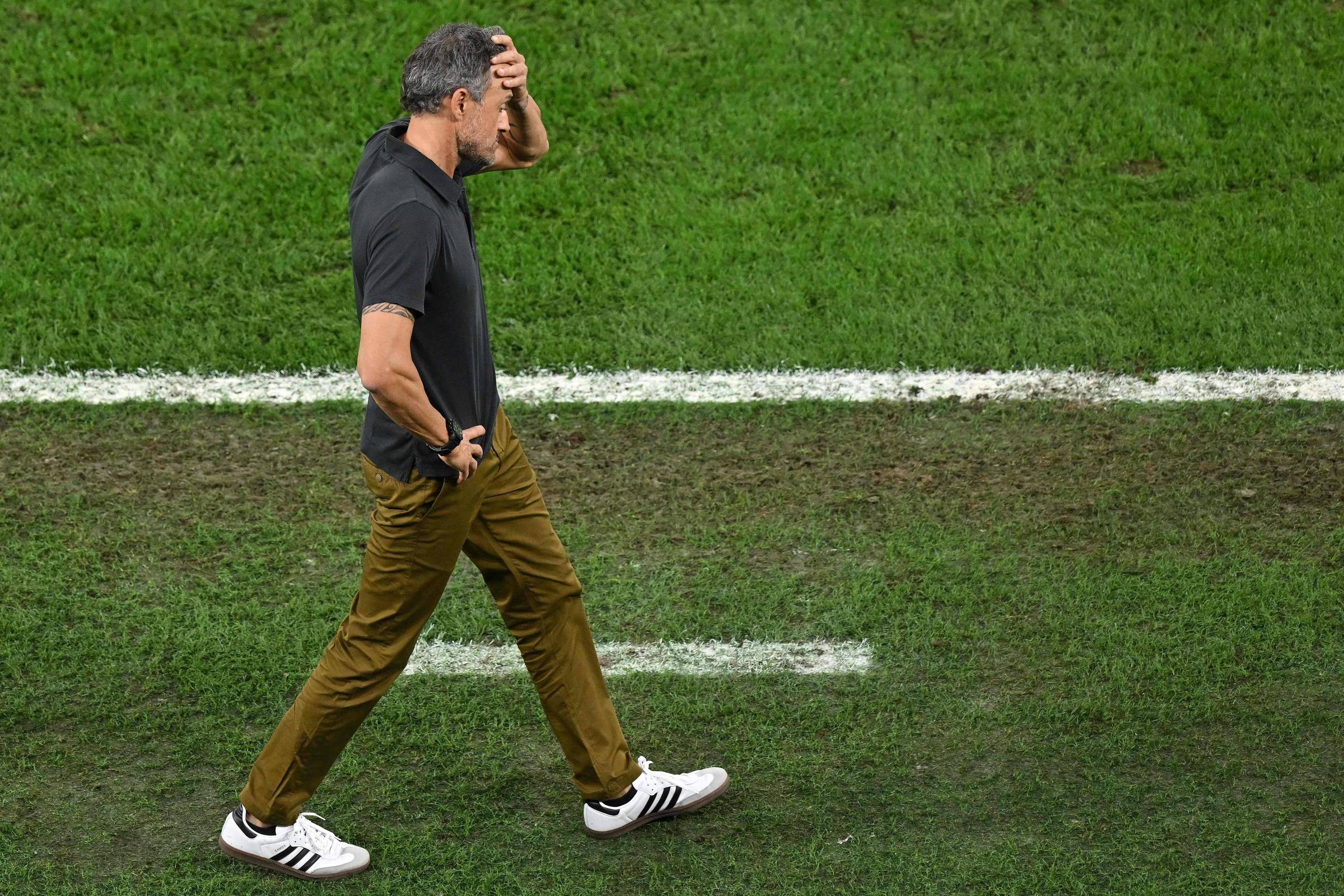 Luis Enrique falls in Spain, and coach of the under-21 team takes over

The Spanish football federation (RFEF) announced that coach Luis Enrique will not continue in charge of the selection, after the elimination in the round of 16 of the Qatar Cup, against Morocco, on Tuesday (6).

The RFEF considers that it must “start a new project for the Spanish national football team, with the aim of continuing with the growth achieved in recent years thanks to the work carried out by Luis Enrique”, the federation said in a statement, thanking the coach for the work carried out. .

The federation’s president, Luis Rubiales, and its sporting director, José Francisco Molina, “conveyed the decision taken to the coach”, adds the note.

Luis Enrique’s replacement has already been announced by the RFEF: he will be the current coach of Spain’s under-21 team, Luis de la Fuente.

The elimination of Spain in the round of 16 of the World Cup, after losing to the Moroccans on penalties (3-0 after a goalless draw), was decisive for the downfall of Luis Enrique.

“If it were up to me, I would continue all my life, but that’s not the case,” said the now former Spain coach. “I have to think about what’s best for me and for the national team.”

The RFEF recognized the importance of Luis Enrique, who “has managed to give new impetus to the national team since his arrival in 2018, through a profound renovation that consolidated a generational change in the team and in Spanish football”, but considered it necessary turn page.

During his time at Furia, Luis Enrique reached the semifinals of Euro 2020, losing to Italy in the penalty shootout, and the final of the League of Nations, losing to France 2-1, in 2021