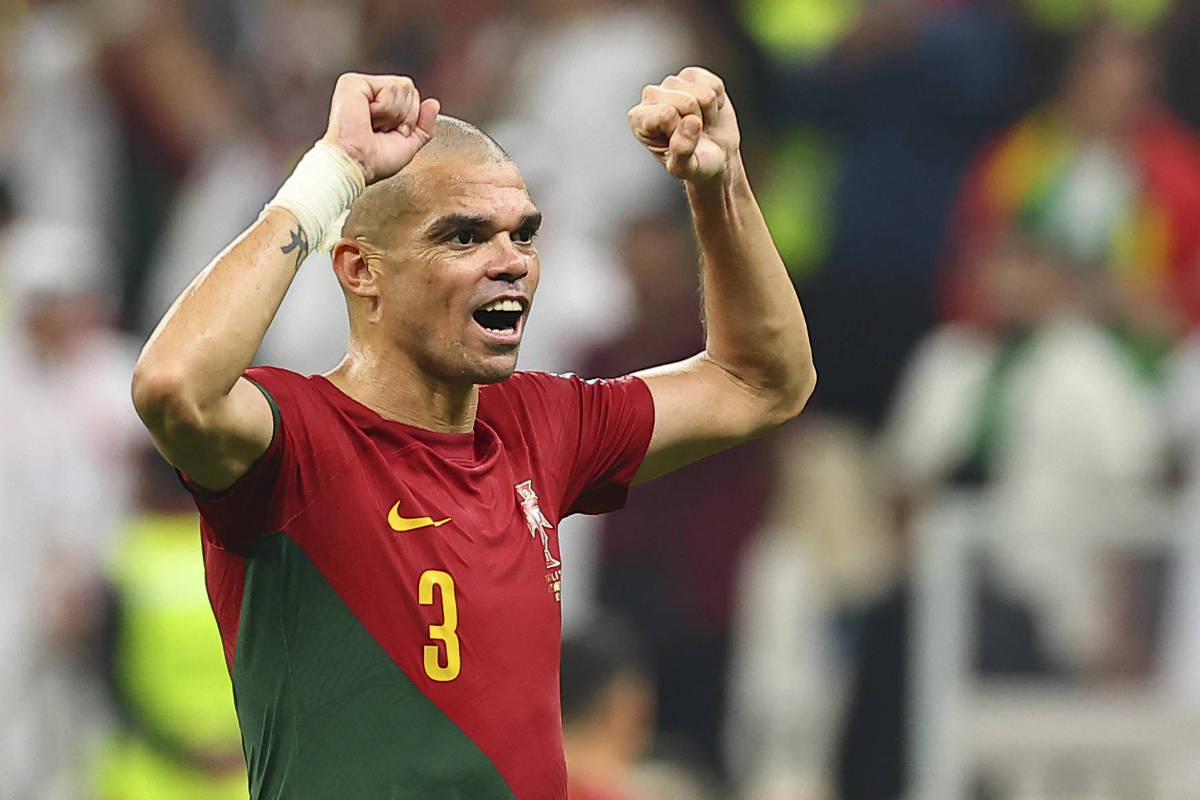 Pepe left the Benedito Bentes neighborhood, in Maceió, to become a star in Portugal and an important player in this World Cup. He is the oldest player to score a goal in the knockout stages of the tournament.

Initially a lowland player, he stood out as a strong and virile defender, who did not accept insults and always came hard when he disputed the ball. It was the maxim of “pass the guy or the ball” that led him.

“Pepe was the guy that nobody messed with or dribbled. I remember the day I went to talk to his father, Anael, to say that I wanted him to be my athlete at the base of the CRB. He played for a team called Napoli, at Benedito Bentes, here on the outskirts of the city, and caught my attention in a championship. I had no doubts. I wanted him in my squad”, says coach Guilherme Farias.

Pepe would start a list of great athletes in national and international football who were coached by Guilherme, such as Roberto Firmino (Liverpool) and Otávio (Atlético-MG). The three were at the base of the CRB, but the defender from Portugal stayed less time. He caught the attention of Corinthians Alagoano and from there he transferred to Marítimo.

“The truth is that Pepe left Alagoas when he was still a boy, at a time when these international youth transfers were just starting. He liked training a lot, hated losing, and always wanted to be playing. He had a good attitude, so much so that he didn’t It surprises me that the armband of Portugal goes from Cristiano Ronaldo to him in situations like this World Cup”, analyzes the coach.

The defender, however, would also become known during his career as an explosive player and sometimes with episodes of violence on the field. This also happened when he was younger, on one of the first trips he took with the CRB squad.

“We went to Espírito Santo to play in a championship and he made a very strong approach to an athlete from the other team. It was in another state and, of course, we had to protect him. The way was to get my players together and make a cordon of isolation so that he could leave the field without anyone ‘catching’ him. Fortunately, it worked. Nobody hit Pepe that day”, he said, laughing.

Guilherme had a good relationship with Pepe’s parents and met with them after matches. Contact has been lost over time, but he continues to follow the player’s achievements. At the age of 39, the defender is still a colossus in the Portugal team and scored a header in the thrashing of South Korea, in the round of 16 of the World Cup.

“Given his age, I didn’t think Pepe would still be playing. But he’s there, in shape, still having fun like a boy. I can only imagine what it would mean for him to win a World Cup with Portugal. well. Is there anything that shows what football is more than a boy leaving Alagoas to become world champion with another country? It’s something inexplicable. I hope he advances even more”.

Portugal takes the field next Saturday (10th) at 4pm, against Morocco. If Cristiano Ronaldo is kept on the bench by coach Fernando Santos, the tendency is for Pepe to continue with the captain’s armband.

Facebook
Twitter
Pinterest
WhatsApp
Previous article
Kerameos on SKAI 100.3: The cooperation of universities with leading American universities is of the utmost importance
Next article
Ipsen: After its failure in a treatment against lung cancer, Ipsen folds on the stock market