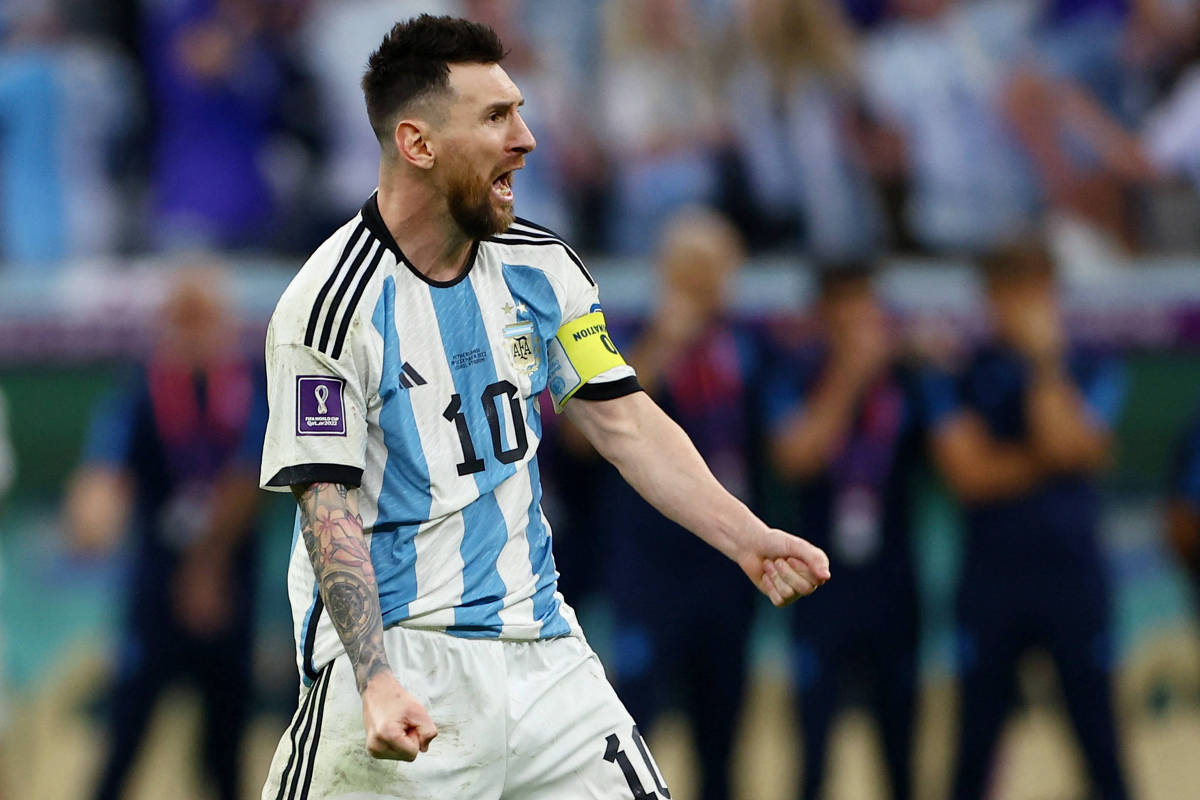 Croatia will not try to stop Argentine superstar Lionel Messi with a one-on-one mark but will focus on locking out the entire team in the World Cup semi-final on Tuesday, they said.

Croatia are looking to reach the final for a second consecutive World Cup after losing their 2018 match to France.

They stunned tournament favorites Brazil in the quarter-finals after trailing by a goal in extra time, but dug deep to come back with a late equalizer and force a penalty shootout which they eventually won.

“We still don’t have a specific plan to stop Messi and generally we don’t focus on stopping one player but the whole team,” striker Bruno Petkovic told a news conference on Sunday (11).

“We are going to try to stop them as a team and not with individual marking. Argentina is not just Messi, they have several great players. We have to stop the whole Argentine team,” he said.

So far, Messi, the seven-time Ballon d’Or winner, has been the driving force behind Argentina, who also needed penalties after squandering a two-goal lead against the Dutch in the quarter-finals.

With no suspended players and no injury problems following the return of Croatian defender Borna Sosa, Zlatko Dalic’s side are full of confidence and ready for more.

Midfield captain Luka Modric, Mateo Kovacic and Marcelo Brozovic will be key to setting the pace, as they did against Brazil, and defender Josip Juranovic said all three are completely reliable.

“Mateo, Luka and Marcelo are the best Croatian midfielders in history. I don’t think it can be repeated. Passing the ball to them is safer than having money in the bank,” said the defender.

Super reserve Petkovic scored the 117th-minute equalizer against Brazil to force penalties, with Croatia winning all four of their World Cup penalty shootouts.

“I think many people who are not professional footballers can successfully take penalties,” said Petkovic. “The difference is how mentally strong you are. There’s enormous pressure you’ve never experienced before. But it also helps when you have a world-class goalkeeper.”

Goalkeeper Dominik Livakovic saved a penalty kick against Brazil after also saving three in the Round of 16 against Japan.

But it was Petkovic’s dramatic equalizer after Brazil’s lead in extra time that sent them through to a penalty shoot-out.

“I am becoming more and more aware of the magnitude of this goal with each passing day,” said Petkovic. “Perhaps I will experience something similar in the semi-final or beyond.”

Facebook
Twitter
Pinterest
WhatsApp
Previous article
Only Morocco has been able to score against Morocco in the World Cup so far
Next article
Opinion – Mathias Alencastro: From Covid zero to the end of Covid, reopening in China is global relief