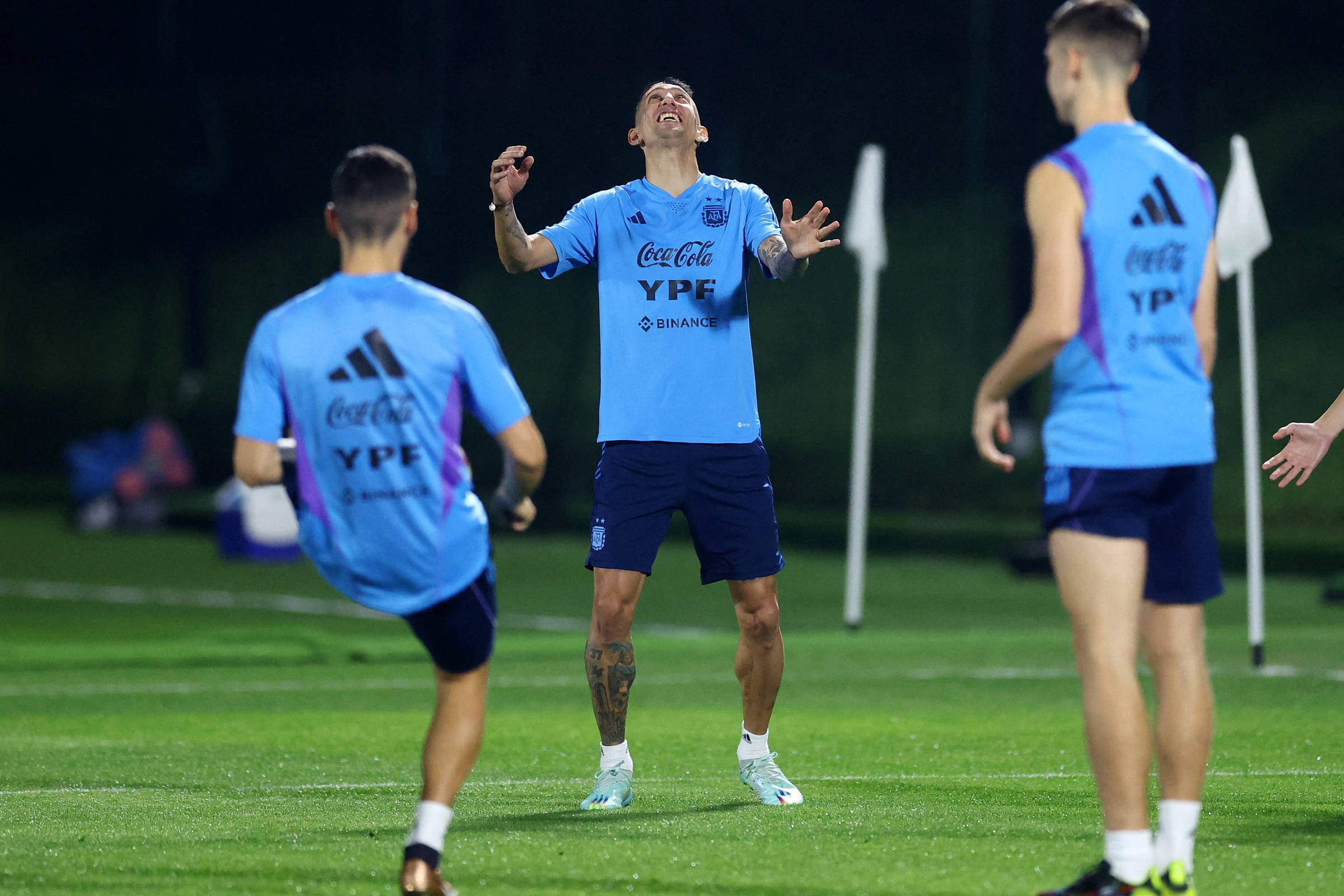 Mirror of Messi in Argentina, Di María also says goodbye to Cups in the final

Born in Rosario, he has been criticized several times for not earning as much for the Argentine national team as for the club that pays his wages.

Questioned, he had some moments of brilliance in World Cups, but there was always the feeling that he could yield much more. The change in perception began with the 2021 Copa América title.

In his farewell to the World Cup, his last match will be this Sunday (18), in the decision against France, at 12:00 (Brasília time), at the Lusail stadium.

This player is not Lionel Messi. It’s Ángel Di María, 34.

“What happened now in this tournament could happen at some point. After the first defeat, there are six finals to go”, said the attacking midfielder who plays for Paris Saint-Germain (FRA), the same team as Messi.

He made the statement after his starting game, Argentina’s opener against Saudi Arabia. It was a 2-1 defeat. After that, he suffered a muscle injury in the victory over Poland and has since been only a second-half option.

“We take a risk with Fideo [apelido de Di María] in a few moments because he wasn’t 100%”, confessed coach Lionel Scaloni after putting him on the pitch during the quarterfinals against the Netherlands.

This Thursday (15), he was one of the most demanded in training at Qatar University. If the coach wants to keep the team, he will once again be on the bench. But it can be an option to start as a starter in case of a change of layout or parts.

It is not the first time that Di María has been injured during a World Cup. She also had physical problems at the tournament in Brazil, in 2014. She did not play in the final against Germany, despite the effort to recover in time. Later he would say that he was threatened by Real Madrid, his club at the time, not to play. The leaders of the Spanish team denied this.

Like Messi, he arrived in Qatar with the idea in his head that this would be his last World Cup. Successive injuries and lackluster performances have always left a question mark on what his legacy would be with Alviceleste.

Di María is part, alongside the number 10, of the marked generation, until last year’s Copa América, due to defeats in decisions. He was part of the squad in 2014 and the 2015 and 2016 continental competitions. Like Messi, he scored an important goal at the 2018 World Cup in Russia, but it did little good. His strike from outside the area against France evened the score in the round of 16, but Argentina ended up defeated 4-3.

“We had the merit of always reaching decisions. It is not a team that can be seen as a failure, as a loser. How many teams reach a World Cup final? Not many”, he said at the time.

Redemption in Copa America came in 2021, in Brazil. He scored the winning goal against Tite’s team, at Maracanã. The only reason he wasn’t thrown into the air by his teammates is because that honor went to Messi.

The two are on opposite sides of the Rosario rivalry. If the dream of Newell’s Old Boys fans is to see Lionel fulfill the promise he didn’t make (the possibility was actually raised by his father, Jorge), to return to the club he loved, where he started at the base, Rosario Central fans count with Di Maria.

It is a much greater possibility because the attacking midfielder has already said he wants to wear the shirt he became a professional with again.

Victory on Sunday would be the crowning achievement for both and all eyes will be on the captain of the team, voted seven times the best in the world and who has the last major title he has not won in the Cup.

But Messi was, from an early age, touted as a football phenomenon. The player about whom Ronaldinho Gaúcho said: “This one will be better than me”.

While the future star was emerging at Barcelona and was already a professional, Di María considered the possibility of stopping at the age of 16.

As he was not promoted to the main team at Rosario Central and the family needed money, he thought about quitting football and going to work with his father. It was his mother, Diana, who urged him to continue.

She would also be the one to tell her son not to play in the national team anymore because of the heavy criticism.

“It was very sad to hear what they said. I saw him suffer and it made me sick”, she confessed last year.

Di María heard her to continue in football, but pretended that it was not with him when he received the advice to leave Alviceleste. The reward for this can be the title of world champion.