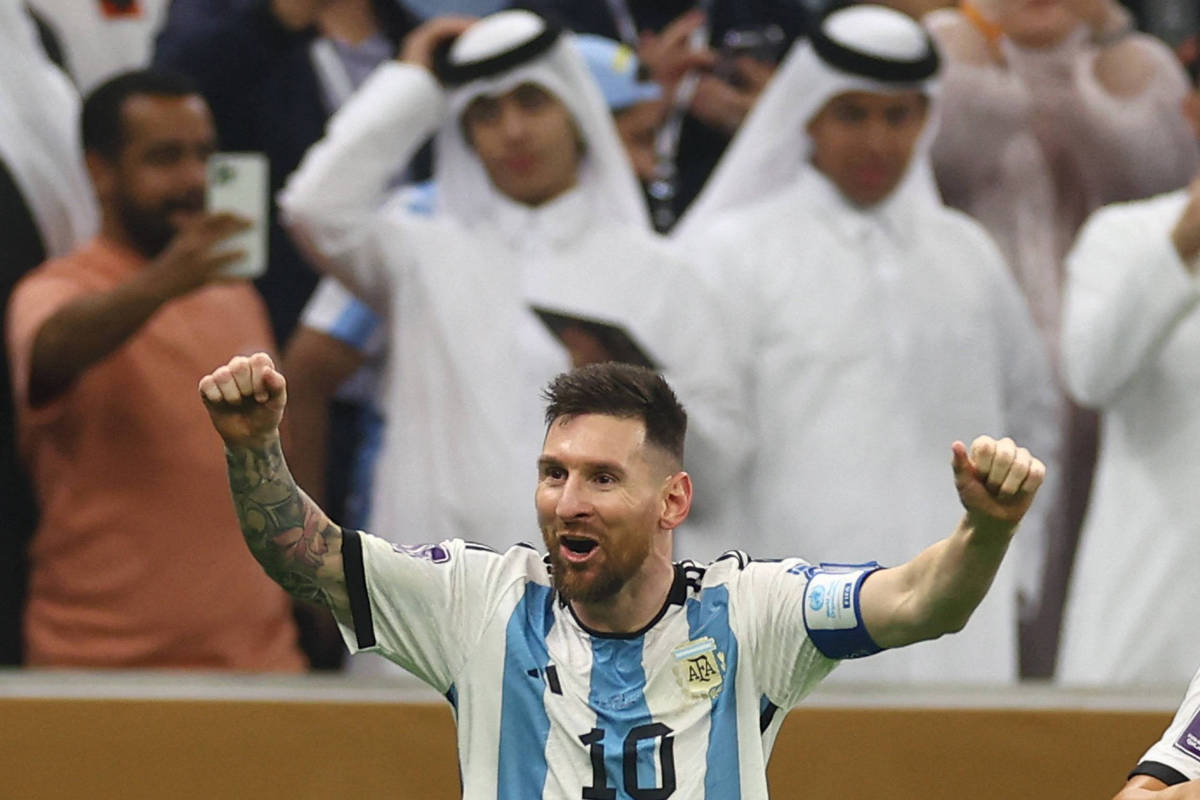 In the Cup for History, Messi gets his hands on the trophy he most dreamed of

It’s not difficult, even without seeing him, to realize that Lionel Messi is approaching. In the mixed zones, a space reserved for journalists after the World Cup matches, the noise of people preparing their equipment increases when it appears in the corridor. They grow up with the requests of “Leo! Leo!” waiting for him to stop to say something.

“We have six finals from now on”, he summarized on November 22, at the Lusail stadium, after the biggest surprise of the World Cup in Qatar.

Argentina had been beaten 2-1 by Saudi Arabia in their debut. The team seemed destined to repeat the sadness that the number 10 had experienced in previous tournaments.

It was not. The team won its next six finals. The last and definitive one was held this Sunday (18th), against France, in the same arena in Lusail. Lionel Messi ended his career in football’s most important competition with the trophy he dreamed of.

He managed, in the eyes of his increasingly scarce detractors, to imitate what his idol Diego Maradona did in 1986. Be the star of the tournament, star in unforgettable moments and take the country to the top of the mountain.

“This is something I’m going to tell my children about,” Croatian defender Josko Gvardiol, 20, said after his team lost 3-0 to Argentina in the semi-finals.

What one of the best defenders of the tournament, valued at more than 100 million euros (R$ 562 million at current exchange rates) will tell his children is how he was humiliated by Lionel Messi in one of the most memorable moves of the World Cup in Qatar .

The Argentine danced in front of his marker, 15 years younger, left him behind and gave the pass to Julian Álvarez to score the third goal.

If in 2006 he was a 19-year-old boy, who watched from the bench, as a peripheral figure in the squad, the elimination to Germany in the quarterfinals, in 2010 he was already the best in the world. He arrived in South Africa as the tournament’s biggest star, managed by Maradona. He left without scoring a goal and with a new drop in the quarterfinals. Once again, against Germany, their biggest executioner in Cups.

In 2014, Messi caressed the cup and lost the final, but in 2018 there was a new disappointment with the elimination to Mbappé and France in the round of 16.

The scene of the number 10 going up the steps of Maracanã, eight years ago, to receive the award for best player in the World Cup and passing by the champion’s trophy, without being able to touch it, is one of the most iconic of his career.

This image was replaced this Sunday by another, of the star with his hands on the cup he most wanted. This was accomplished because he won each of the six finals he determined for himself and his team starting with the loss to Saudi Arabia.

“Leo is our driver. When he is well, everything is much easier”, defined defender Lisandro Martínez, the same one who confessed to having been speechless when he met the number 10 for the first time.

He was that from the game against Mexico, in the second round of the group stage.

“It was a difficult, complicated match that he solved in one move,” explained coach Lionel Scaloni.

It was a shot from outside the area that paved the way for the 2-0 victory. Messi would later be instrumental in replaying the scoreboard, but over Poland. Result that placed Argentina in the first place of the key.

In the round of 16, he scored his goal against Australia, in a shot that was like a slap on the ball.

“He makes football seem like the easiest thing in the world”, defined Gary Lineker, top scorer of the 1986 World Cup and presenter of the English BBC.

He scored again, with a penalty, against the Netherlands, in a gala performance marked by moves other than his goal. There was the ingenious pass for Molina to open the scoring and the verbal confrontation with the Dutch. From the stare at Louis van Gaal to “¿Qué mirás, bobo?”, a phrase for rival striker Weghorst.

Messi did what he did with Gvardiol in the semifinals and guided Argentina to the title match and the final consecration against the French. In which he won a spectacular duel with Mbappé.

It was 16 years and four Cups of waiting, but Lionel Messi, the one that Scaloni, Guardiola, Xavi and Iniesta defined as “the greatest in history”, finally got his hands on the trophy of world champion.