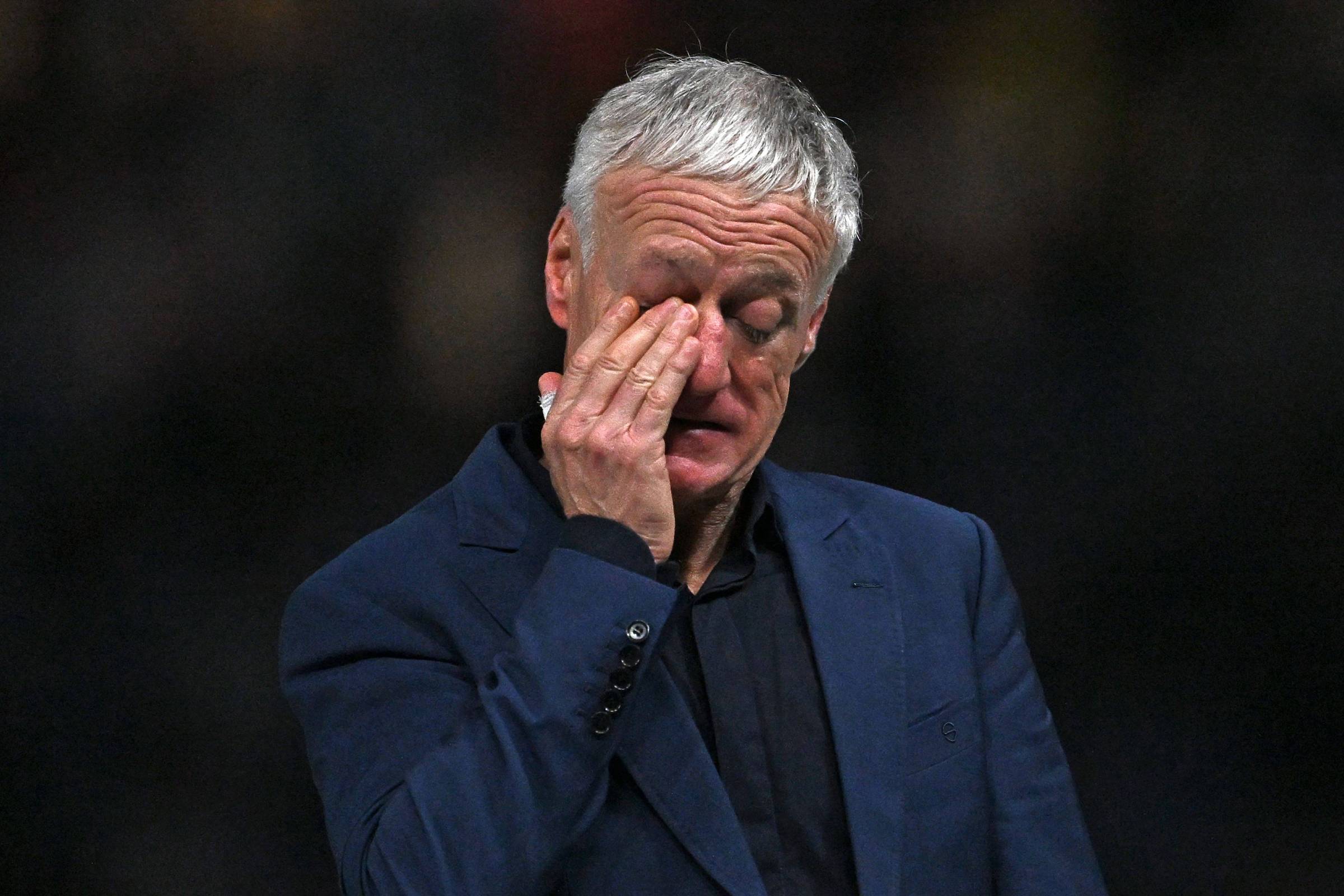 Not hiding his displeasure at the defeat in the Qatar Cup title decision, French coach Didier Deschamps made an analysis of the match and lamented the chances lost by his players after they changed the scenario of the duel.

“Analyzing the match, we were less well for various reasons. We had difficulty passing that first half, but the second was wonderful. We managed to draw and take the match to extra time. We saw that we have a very strong force. Then we had many balls on goal that ended up not going in, and ended in penalties. Penalty is terrible, a lottery”, commented the coach, giving credit to rivals for the conquest.

“Congratulations to Argentina, which had a lot of drive, a lot of desire to win the Cup. I cannot fail to recognize Argentina’s competence.”

The commander did not hide his sadness for the subpar first half of his team and also the injuries that took some of the most experienced players out of contention, such as Pogba, Benzema and Kanté.

“I went through a turmoil of feelings. People getting very close to the Cup and not getting it this way is sad. Many reasons can explain it, but we had a great opponent ahead of us and we were with less energy. Some of our important players were not in the best shape and we put the youngest, most resilient. We did what was possible to do so that the tri’s dream continued. Too bad it didn’t come true today.”

Deschamps also explained the changes he made before the break, dropping starters Giroud and Dembélé for Thuram and Kolo Muani.

“I wanted to change. The team lacked energy. [jogadores] They gave a lot for us to get here today, but I saw that they were not well, they seemed more worn out. Tried to shift and change Kylian’s position [Mbappé] and made the replacements right away. The players who came off the bench changed the situation a lot,” he said.

He said he didn’t have all the answers for the team’s performance, but he also emphasized that he had no concerns about the players who started the match.

“We didn’t have the important dynamism for today’s game. We didn’t show what we can. We have to calm down now. Football runs very fast and can change very quickly, taking a turn for a situation we didn’t want. And, unfortunately, the what we did wasn’t enough today.”

Gacinovic: “I’m staying at AEK, we have to win the championship”