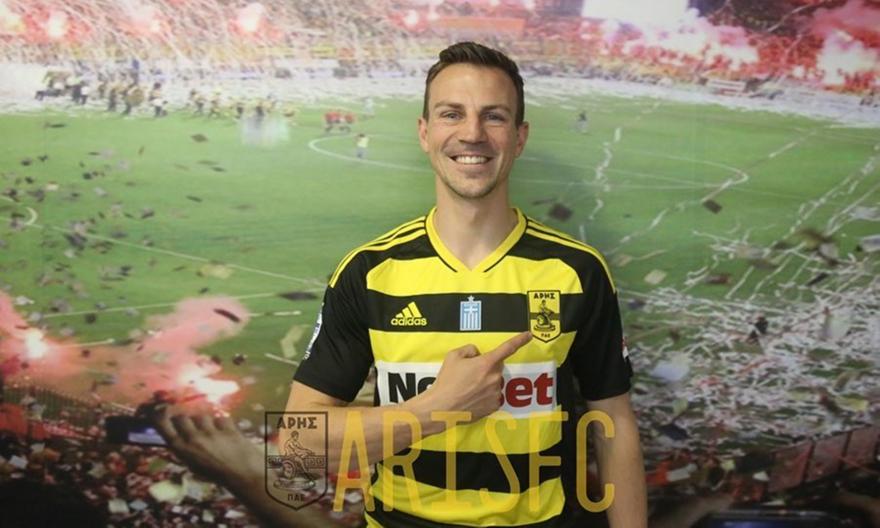 Darida from Mars has been announced for the next 2.5 years!

His player Mars with all solemnity he is now the Vladimir Darida!

At noon on Wednesday (28/12), the “yellow and black” PAE announced the acquisition of the 32-year-old Czech, who has been in our country for a few days to settle the final details of the contract and join Alan Pardew’s squad.

The experienced midfielder signed a cooperation contract for the next 2.5 years, until in the summer of 2025.


The announcement of PAE Aris:

“PAE ARIS announces the acquisition of Vladimir Darida for the next 2.5 years.

The international Czech midfielder, who was born in the city of Plzen, Czech Republic on August 8, 1990, joined the academy of the mighty Viktoria Plzen from a young age. After coming through all of Viktoria Plzen’s junior teams, in January 2010 he was…promoted to the first team and thus began his admirable career.

With Viktoria Plzen he celebrated two Czech championships (total 93 appearances, 18 goals and 18 assists) and earned his call-up to the national team, before leaving for Germany’s Freiburg in August 2013 (in between he played for six months on loan at Banik Sokolov with a tally of 13 appearances and 5 goals).

His two years in Freiburg made him known throughout Germany. After 61 appearances, 11 goals and 10 assists, in the summer of 2015 he decided to move to Berlin on behalf of Hertha, starting there the longest journey of his football career in the Bundesliga.

In the German capital he was loved by the crowd like few others and produced excellent performances in Hertha’s midfield.

The progress in his football career was sealed with the very important individual award as the best Czech football player for the calendar year 2017.

Vladimir Darida, after all, wore the armband and was one of the most important “cogs” of the Czech national team, with which he played 76 times (8 goals) from 2012 to 2021.

Darida then decided to retire from his country’s national team in order to spend more time with his family.