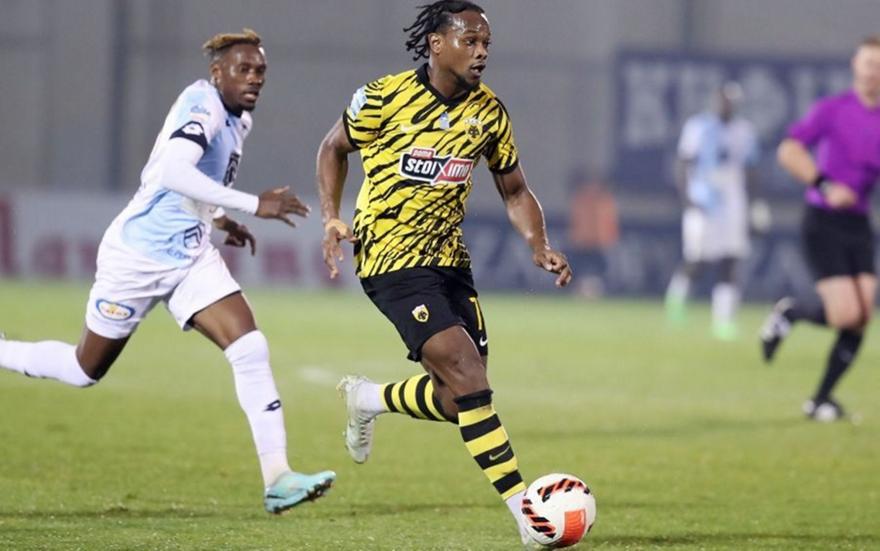 AEK-Kifissia: To finish the job the team of… renewed Almeida!

The “Union” clear lead from the first game. His team Matias Almeida -who with words of heart on Tuesday (10/1) renewed with the “bicephalus” until 2028, hence he is expected to receive (again) apotheosis- had prevailed 2-0 in Rizoupoli, thanks to his collar Levi Garcia (34′) and his penalty kick Van Weert (45’+3′). Thus, now he wants to finish the job for the qualification to the quarter-finals of the institution.

The hosts return home three days after the big win (1-0) in the top derby in Super League 1 with Panathinaikoswhich on the one hand kept them only second in the standings, on the other hand reduced their difference from the “green” leaders to four points.

On the other hand, the Northern Suburbs team is coming off a two match streak for the Southern Group of Super League 2, against Herodotus and Olympic II, which have not been completed for different reasons. The last game in time that had ended normally was their victory (1-0) against them AEK B’ on December 22. Of course – even though they have several matches less than most of their pursuers – they continue to be at the top of the standings, together with Panachaiki (three matches more than the Patras team).

In the competitive part, Matias Almeida will give several of his players a break and while on Sunday (15/1, 16:00) the match against Panetolico for the championship. In particular, the Argentinian coach left them out of the mission Sidibe, Vida, Mukudi, Hadjisafi and Shimanskyas of course the injured Eliasson, Gacinovic and Mohammadi. As for him Franson, the Swedish midfielder has overcome the malaise that plagued him, participated in the last training session, but was deemed unfit. The team of the home team also includes several of its players AEK B’ (who of course have participated in the trainings or were in the winter training of the “biceps”), such as Daiko.

As far as Kifisia is concerned, Mr George Petrakis he has one important absence, that of his main goalkeeper, Alexandrou Anagnostopoulos.

The game will be televised by Cosmote Sport 2 HD and radio by News Bulletin 247while there will be live updates from sport-fm.gr.

In the showdown there will be no VARwhile the away goal rule does not apply.

It is reminded that in the next phase the winner of the pair will face his counterpart Panseraikos-Apollon Pontou (3-0 in favor of the Serres team in the first game), while then there is the crossover with the winner from the crossover Olympiacos-Atromitos and Levadeacos-Aris.