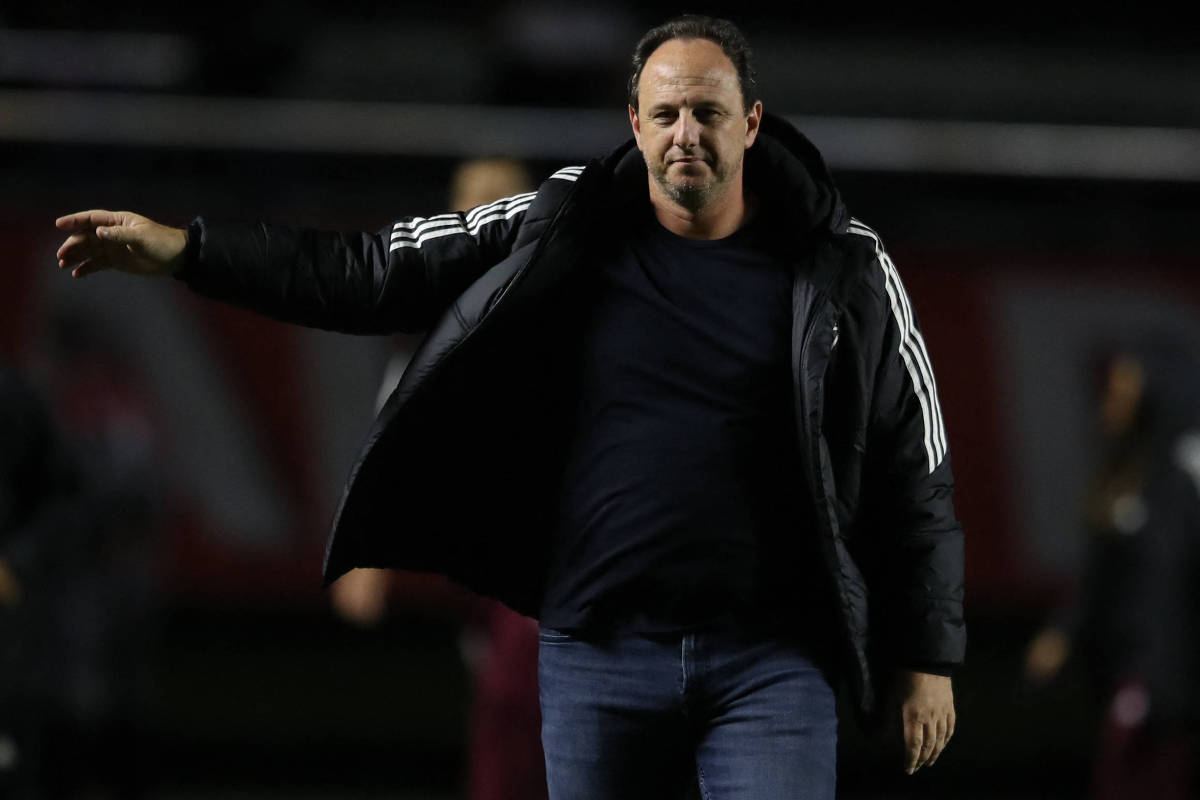 Rogério Ceni’s sincere press conference echoed well. Should not. Despite the coach not being populist, telling the truth about not selling dreams, discarding Lucas, talking about the risk of signing players from smaller clubs, once again he put himself in a position of disarray with the management.

A lot of people didn’t realize that, especially the phrase about Lucas, was an indirect response to the previous day’s interview with director Carlos Belmonte on ESPN. “We monitor Lucas, as we have an obligation to do with any great player. There is nothing about signing him, we just have the commitment that, if he returns to Brazil, he will listen to São Paulo first.”

Belmonte did not say there is a chance of signing. He didn’t sell dreams either.

Apart from Rogério’s constant disagreements with the board, which made him question his own permanence three times, always after the president and directors ensured that he would remain in office, the frontier of a good São Paulo coach is another. It is revealed when it implies that Fluminense has a better squad than yours.

At least it didn’t, when Fernando Diniz arrived in Laranjeiras, in May. Rogério says that São Paulo’s work was good, but in Brazil you are only approved when you win a title. “To reach two finals and a semi-final can be considered good,” he said.

Yes, so much so that management and fans approve of its permanence. On the other hand, Fernando Diniz did not win any title, and his performance at Fluminense is unanimously considered superior to that of Rogério at São Paulo.

In other words, the difference between Fluminense and São Paulo is not the squad. It’s the technician.

A year ago, Diniz was unemployed. Rogério returned to Morumbi in October 2021. With Tite leaving the national team, Ceni could launch himself into office, with a little more success in the finals against Palmeiras and Independiente del Valle or with a little more brightness from his team’s performances.

Rogério has the potential to be the best South American coach, direct the national team or a team in Europe. He still seems to be struggling with his difficulty in understanding that the players he manages will not be as brilliant as he was. His role is that of a teacher, and this presupposes patience and understanding with his pupils.

It is not possible to approve the hiring of André Anderson and Galoppo and six months later dismiss them as if they had no part in their comings.

Rogério wants three more signings. A reserve for Calleri, a winger – he could be David, from Internacional– and a left winger. The board told him that the State will be to try Liziero as a reserve on the side. If it doesn’t work out, he is hired for the Copa Sudamericana and Brasileiro.

Mendez is an excellent signing. World Cup player, extremely professional, can be the key to a creative and winning midfield.

São Paulo is not favorite for any trophy. Counterpoint, you need to have ambition in everyone. Rogério is not a dream seller. He is the fans’ dream, to see his leadership, his training and strategies make a good group of players play great football.

That is the role of the great coach.

Corinthians did not play well in the debut, and the Portuguese coach Pedro Caixinha interfered well in the match by pulling Juninho Capixaba into the midfield. The bland first half turned into a solid second half. Apparently, Fernando Lázaro will make his team score in a medium block. Unlike Vitor Pereira.

Abel Ferreira says he didn’t expect to hire anyone if none left. As two left, two must arrive. Management agrees. The consideration is that two of last year’s reinforcements, Tabata and López, should play better, adapted to Abel’s system. The debut was opaque, but Palmeiras has a way.