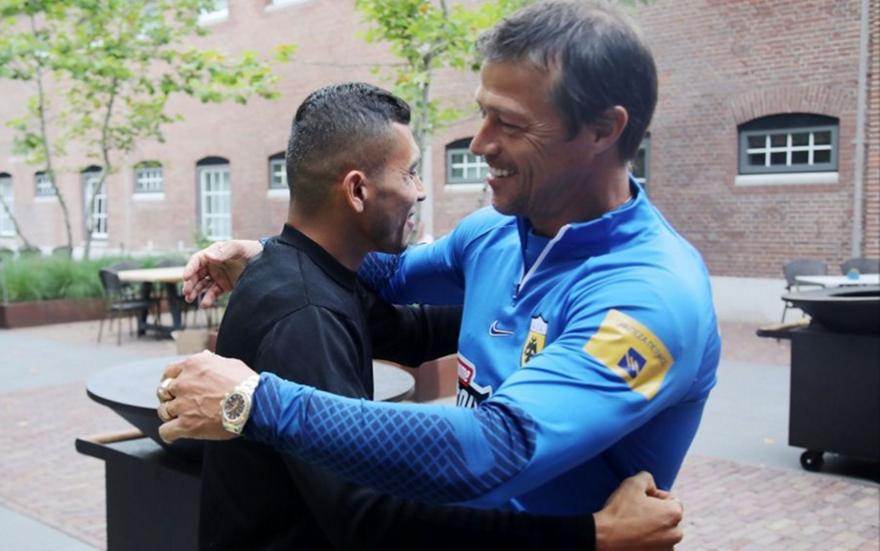 Pineda interview on “Fox Sports” (and) in Greek: “Almeida trusts me and I trust him”

In his excellent relationship with Matias Almeidahe mentioned, among other things, in an interview with Fox Sports The Orbelin Pineda.

The Mexican ace spoke of the trust he has built with the coach of AEK. After all, this was the main reason why the “yellow and black” managed to secure his signature – on loan from Telta – last summer.

“The coach’s trust is the basis for football, Matias Almeida trusts me and I trust him“, characteristically noted the 26-year-old midfielder, whose significant achievements with “Union” (participation with a goal or assist in the last five matches, among other things) are closely watched in his homeland.

Referring to comment on his relationship with his former coach at the Spanish club, Eduardo Cudetwho did not use it, was content to say that “the coach had his reasons».

Afterwards, he was also asked about Mexico’s presence at the recent World Cup and whether he sees himself at the 2026 event.There was a lot of frustration for everyone, it’s something that hasn’t happened to us recently and it was difficult. A lot can be done in four years“, he added.

It should be noted that in the first minutes of the interview (specifically at 00:58 of the video below), he started – after… an indirect prompting of the journalist – a small one discussion in Greek! A sample of course its adaptation to our country. It remains to be seen whether the last element will contribute to the – objectively difficult – task of AEK in everything that has to do with his staying in their ranks and after the end of his loan next summer.

Facebook
Twitter
Pinterest
WhatsApp
Previous article
The first in-home assessments for the Personal Assistant for people with disabilities have begun
Next article
Microsoft is laying off 10,000 employees to cut costs