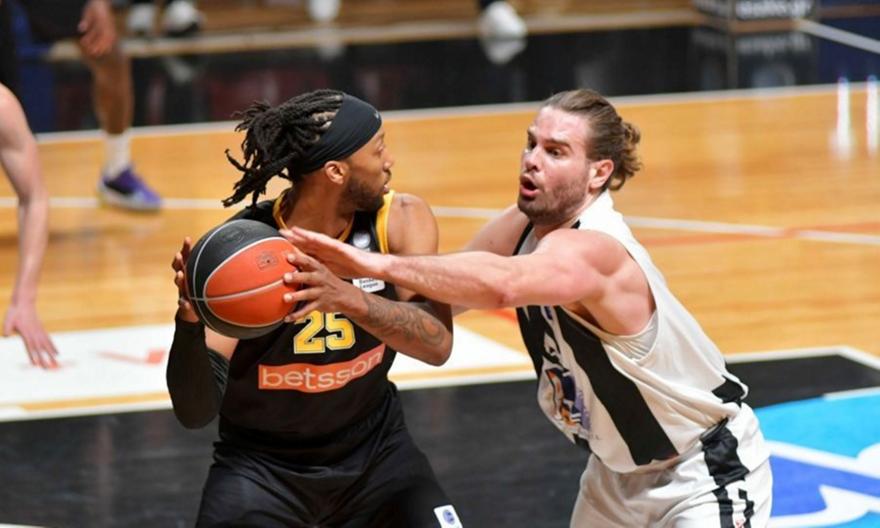 Bogris: He surpassed 1,000 points and 700 rebounds in the Basket League

With 14 points and 11 rebounds o George Bogris was his prime Apollo Patras in defeat by AEK with 69-61 for the 13th matchday.

With this double-double, the 33-year-old center in his 190th appearance in the Basket League reached and surpassed 1,000 points and 700 rebounds. With his 14 points, Bogris became the 101st in the history of Apollo Carna to reach 100+ in the professional Championship.

The captain of Apollo opened an account for his team in a double-double after there was nothing similar in the first 12 games. In fact, Apollon was the only team that did not have a double-double so far.

The 33-year-old center scored his best performances this year in points (14), rebounds (11) and ranking (23). It is even characteristic that he tied the top performance of his last 54 games in the Basket League with his 14 points. To find his previous comparable performance, we have to go back to January 13, 2019 when, as an Olympiakos player, he scored 14 points against Prometheus.

But we will have to go even further back to find his best performance in the ranking. It was May 13, 2018 when he had a performance of 26 again with Olympiakos in a match with Prometheus. That was also the last time he reached a double-double, counting 17 points and 13 rebounds.