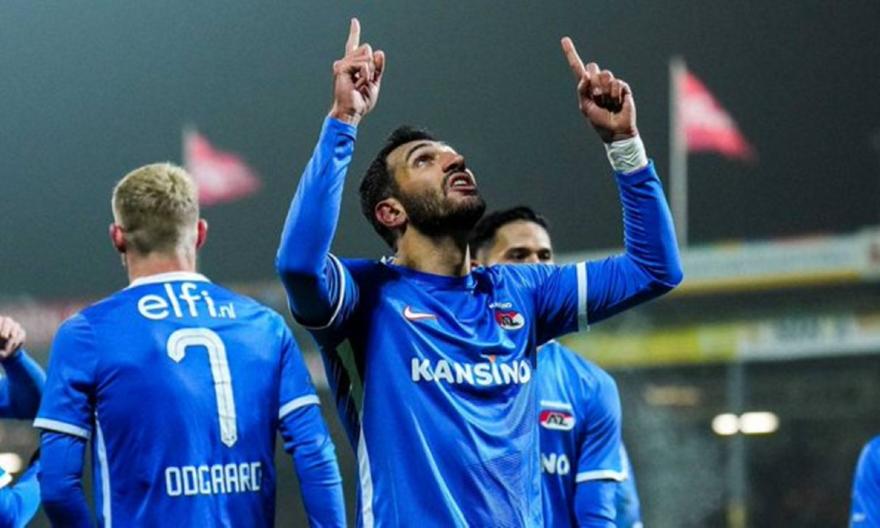 Away triumph signed by Pavlidis for Alkmaar

His signature in her away triumph Alkmaar against the Go Ahead Eagles put o Vangelis Pavlidiswho, after putting his team in front of the score, “served” and assisted for the final 1-4!

The Greek striker took advantage of Sugawara’s assist, scoring 1-0 from close range in the 38th minute of the match and scoring for the 12th time this season, before Mihajlovic doubled Alkmaar’s lead in the 57th minute. In the 87th minute, Sugawara scored for 3-0, with the hosts reducing in the 92nd minute and Burmaester making the final 1-4 after an assist from the Greek striker.

For Alkmaar, which with this victory remained at the top of the Eredivisie, the entire game also played Hatzidiakos.

THE Twentyfor which he fought for about 15 minutes Christos Tzolisstuck in a draw 2-2 at its headquarters Fit, with Van Volkswickel scoring for the visitors from the penalty spot in the 33rd minute, before Vidovic equalized in the 44th minute and Berro converted in the 52nd minute. Černy leveled the match in the 59th minute.

Finally, the first victory after three matches (2-0 against Heerenfein) was celebrated by Sittardfor whom he came on as a substitute in the last minutes o Dimitris Siovas.