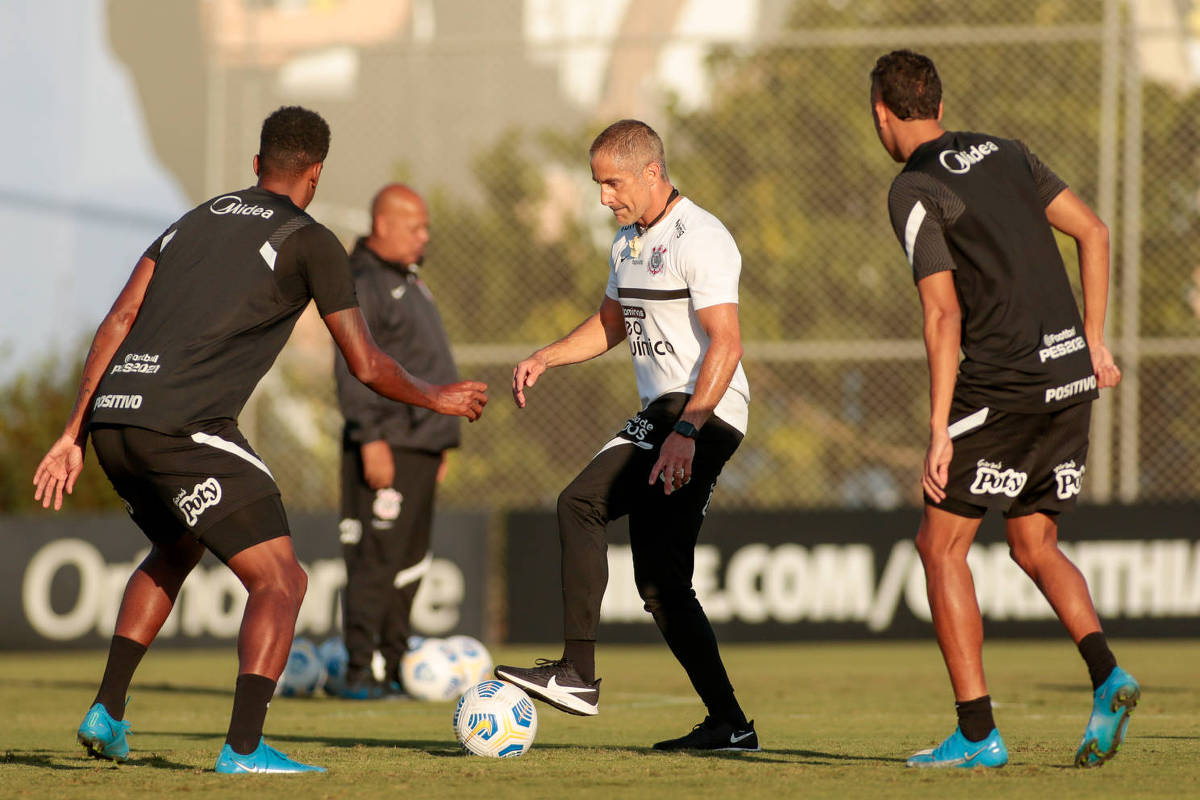 The crowd was the main reason for Corinthians’ last two victories, in the final minutes against Chapecoense and Fortaleza. But it’s not the only reason the team is in the Libertadores classification zone.

Sylvinho unburdened himself at his press conference. He said he was criticized when he climbed Cantillo and also when he didn’t.

The coach heard criticism for claiming that Cantillo was a “midfielder”. I could say that he plays for Pirlo, who had been called up by Milan in the Champions League victories in 2003 and 2007 as regent, a defensive midfielder who had two defensive midfielders in front of him —Gattuso and Ambrosini.

In the Corinthians case, Cantillo had Renato Augusto and Giuliano instead of two markers. When there was no catch, Gabriel was cast. With his return, Du Queiroz becomes the second midfielder, because he puts pressure on his rivals’ ball. It was his job to hinder Jackson, from Fortaleza, while Cantillo organized, facing the move.

The concept is right, as is the attempt by Renato Augusto as a center forward, because Jô doesn’t have the physical condition to be the first-team player and Róger Guedes participates less in the game than he likes, acting as a nine. Róger said in an interview with Bem, Amigos, from SporTV, that he spoke with Sylvinho and they decided it would be better to return to the role of second striker, on the left.

It’s true that Jô improved the team in the final stretches of the matches against Chape and Fortaleza. Because you played 16 minutes.

There was only one reason to believe in Corinthians in the Libertadores: the four reinforcements. Together, they acted for just 183 minutes. Giuliano was the first to debut, in a draw with Santos, in Vila Belmiro. After the result, Corinthians was in 12th place. Today is the sixth, best Corinthians campaign since the 2017 title.

Aggression is still lacking. Today’s Corinthians circles the ball and attacks little. It has to be the next step in building a team that structures itself for 2022 and depends on the last ten games of 2021 to be in Libertadores. So hire a good center forward.

Sylvinho knows modern football and has strategy. It’s anxious. Three days after Marcelinho Carioca made a prejudiced comment about Sylvinho’s clothing and his shirts buttoned to the wrist, the coach appeared in Beira-Rio with his sleeves rolled up. The body speaks.

It would be a sin to miss the chance to form a good new coach. If Corinthians signed him with only 11 games in his career, it’s because they bet that it will work. The price is knowing that the future will be better, if management kills criticism in the chest, in the present.

What Brazil cannot consider normal for 65% of Serie A clubs to have three or four coaches this year.

Sylvinho is not Guardiola, but he worked with him early in his career and will remember the Catalan’s first two games in the Spanish Championship. He lost at Numancia and drew at Camp Nou with Racing Santander. The initial pressure did not thrive. Barcelona knew who was being born. Imagine if you had given up.

After seven rounds always with more possession than their rivals, Palmeiras returned to the counterattack version. With the quality of Raphael Veiga and a variation. Without Felipe Melo, who made the departure of three was Marcos Rocha and, sometimes, goalkeeper Weverton.

Atlético-MG has 65 points and a runner-up has never had 75. There are three wins and a draw to go. The victory over America was by forceps, with a lot of presence in attack and little shine. But look at the goal play. Arana was the fifth forward, on the front line.

Facebook
Twitter
Pinterest
WhatsApp
Previous article
Ionikos bent down and κός Olympiakos escaped from AEK before the derby
Next article
Lykogiannis: “Many of our mistakes, let’s raise our heads”