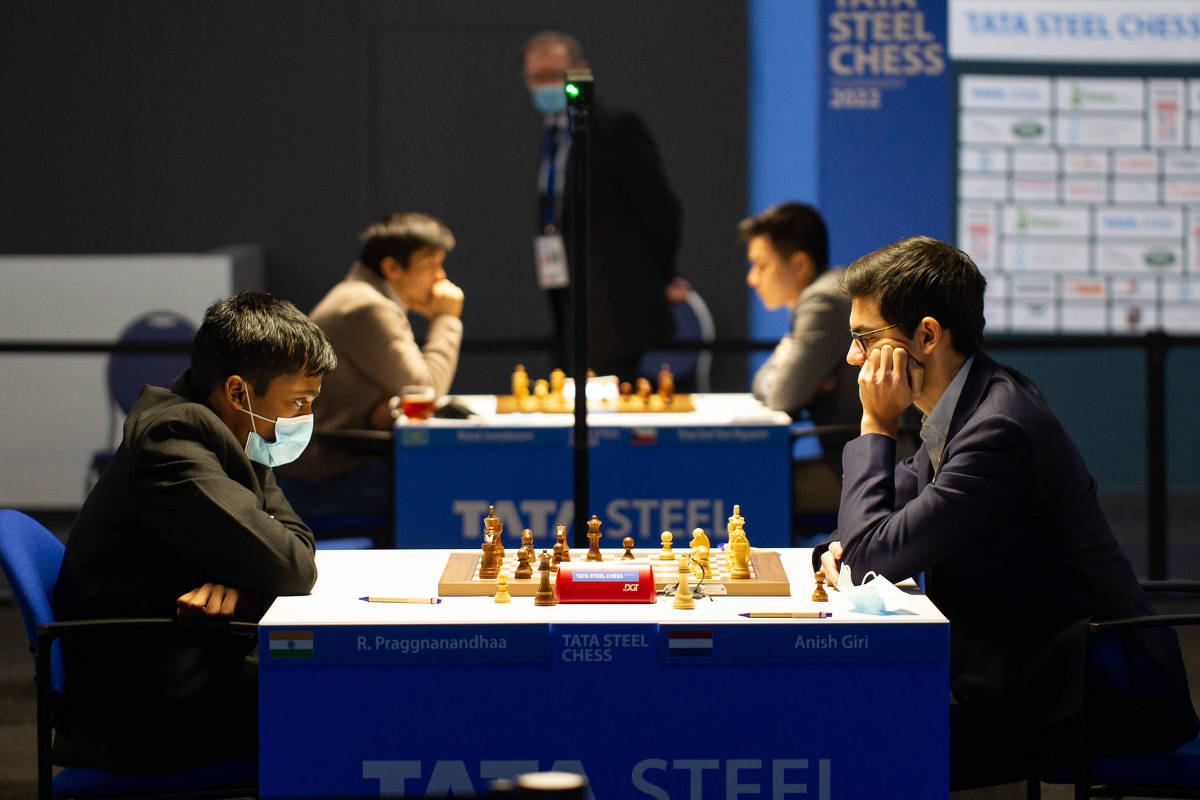 After Rameshbabu Praggnanandhaa, 16, last Monday won a stunning victory in an elite fast chess tournament, playing on his computer in India, he had no opponents around to greet him or cameras ready. to record the moment.

The man he had just defeated, world champion Magnus Carlsen of Norway, was tending offline, somewhere, to the wounds left by the shocking defeat.

And in Chennai, where Praggnanandhaa lives, it was almost 3 am.

He texted his trainer and woke his dad to tell him about the win. Praggnanandhaa – known as Pragg – had just become the youngest person to defeat Carlsen, 31, since the Norwegian became world champion in 2013.

Although his victory over Carlsen, who has been struggling with the aftermath of a Covid-19 infection, does not affect the International Chess Federation’s world title, it still shocked the sporting world and excited the people of India.

On Wednesday (23), Indian Prime Minister Narendra Modi congratulated “the young genius” on his victory on Twitter. “I wish the talented Praggnanandhaa all the best in his future endeavors,” Modi wrote.

Sachin Tendulkar, retired cricket star and considered one of the greatest players in the history of the sport, also congratulated Praggnanandhaa on Twitter, describing him as “magical”.

“You are a source of pride for India!” Tendulkar wrote.

Praggnanandhaa orchestrated his victory over Carlsen in 39 moves. The result was all the more remarkable because he was playing the black pieces, and therefore moved them after his opponent, with the disadvantages that this entails, especially in elite chess.

“The feeling was that he was in control of the game from start to finish, which is exactly what Magnus does with his opponents,” said Levy Rozman, an international chess master who comments on tournaments and discusses strategy on his YouTube channel, GothamChess, which has over 1.4 million subscribers.

Carlsen, who was also a great player as a teenager, opened with the Queen’s Gambit, moving the queen’s pawn to the d4 square. Praggnanandhaa refused the gambit.

In the early and mid-game stages, Rozman said, Carlsen played accurately, gaining a one-pawn advantage and adding a second later, which positioned him for a win, but Praggnanandhaa made up for it by keeping the pieces he still had on the board active. and making a massive attack on Carlsen’s King.

“He used what he had left on the board to launch a devastating counter,” Rozman said.

The game turned definitively on the 32nd move, when Carlsen advanced with his knight, in a move later assessed as a mistake. The decision prompted British grandmaster David Howell, a commentator for Chess24, a chess streaming service, to question: “Was that really smart or crazy?”

The answer did not take long to become clear. Praggnanandhaa picked up his pace and Carlsen looked visibly frustrated. Seven moves and about 10 minutes later, he admitted defeat.

After Praggnanandhaa’s victory, Kaja Snare, a commentator for Chess24, asked how he would celebrate.

“I think I’m going to sleep, because I can’t have dinner at 2:30 in the morning,” said the chess player.

The night had already been remarkable for Praggnanandhaa. He also defeated Levon Aronian, who is the fourth best chess player of all time by historical ranking, in his first game of the day.

Praggnanandhaa said he had prepared for the sacrificed tournament by staying up late in the days before matches started. “I’m still tired, but that’s okay,” he told Chess24.

The initial success he achieved did not last throughout the tournament, however. Praggnanandhaa failed to qualify for the quarter-finals of the Airthings Masters, which began on Wednesday and reduced the number of participants from 16 to eight.

Carlsen remains in the competition, which he said was more challenging due to lingering symptoms of a recent Covid-19 infection.

“Things are a little better today,” he told Chess24 on Monday, “but the first two days I was feeling ok but not having a lot of energy, which makes it hard to stay focused, because every time I I tried to think, I made mistakes”.

Carlsen defeated Praggnanandhaa in January, a month after the young chess player was invited by the International Chess Federation to make the ceremonial opening move for a match between Carlsen and Russian grandmaster Ian Nepomniachtchi at the World Cup. Carlsen won his fifth consecutive world title at that tournament.

After Praggnanandhaa defeated the champion this week, he told The Times of India that he had received congratulatory messages from around the world, which helped him understand the importance of what he had accomplished.

“As a kid, around the time I started learning sport, Magnus was my inspiration,” Praggnanandhaa said. “Now, I will always be able to look back on that game and seek confidence whenever I need it in the future.”

Facebook
Twitter
Pinterest
WhatsApp
Previous article
The United States is extending sanctions on Russia’s central bank
Next article
National: The Municipality of Fili requests that Liosia become the permanent seat of the team