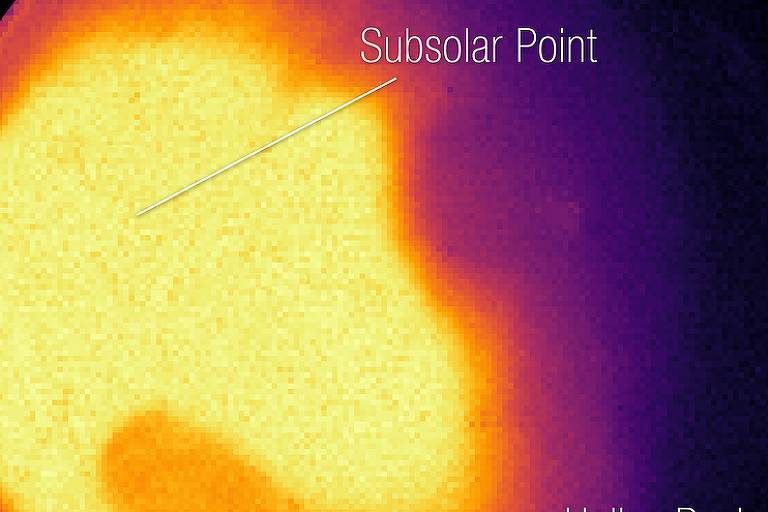 NASA and ESA (European Special Agency) released this Monday (19) the first images of Mars captured by the James Webb telescope. According to the US agency, the equipment brings a “unique perspective” of the planet that complements information that had been collected previously.

The never-before-seen images were taken on September 5 and are from a region in the eastern hemisphere of the planet.

Captures are results of James Webb’s position. The way it is located, it can record images of the side of the planet illuminated by the Sun. With this, it is possible to analyze phenomena that occur in the short term, such as dust storms and seasonal changes. The satellite’s feat also helps scientists study phenomena that happen at different times of the day on the Martian planet.

In one of the images of the red planet, it is possible to observe the rings of the Huygens crater, which is about 450 km in diameter on the ground of Mars. In that same photo, Syrtis Major, a dark volcanic rock, and the Hellas basin are also apparent.

In the second image, the telescope captured images of thermal emission. In this case, the photo shows the light the planet emits as it loses heat.

“The brightest region on the planet is where the Sun is almost at the top, because it’s usually hotter. The brightness decreases toward the polar regions, which receive less sunlight, and less light is emitted from the cooler northern hemisphere, which is going through winter at this time of year”, explains NASA.

Subtle variations in brightness across the planet were also collected. According to NASA, astronomers will study these data in the future. Even so, a preliminary analysis already brings information about dust, icy clouds, the types of rocks present on the surface of Mars and the composition of the planet’s atmosphere.

The agency says this data together with the captured images will be useful for future research into “regional differences across the planet and the search for trace gases in the atmosphere, including methane and hydrogen chloride.”

Adjustments have been made

James Webb had to go through changes to capture the new images. This happened because the satellite has a great sensitivity to capture visible light (which human eyes can see) and infrared. In addition, Mars is one of the celestial bodies that emit these lights the most.

So astronomers had to adjust the James Webb so that the equipment could properly record images of the planet. The satellite only measured part of the lights that hit the sensor and data analysis techniques were also applied.