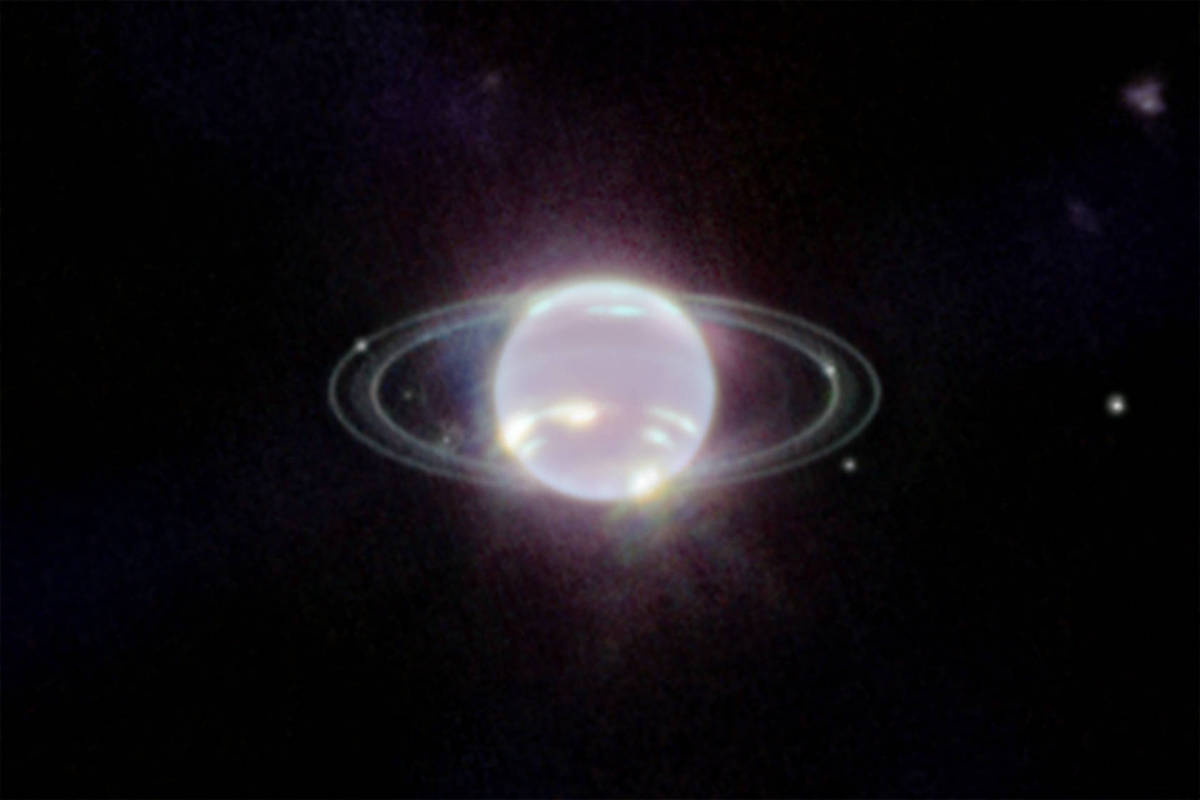 In addition to the rings of the farthest planet in the solar system from the Sun, 7 of Neptune’s 14 known moons appear sharp in the images. Galatea, Naiad, Thalassa, Despina, Proteus, Larissa and Triton are visible.

The planet is known as an ice giant due to the chemical composition of the interior. Neptune has already been captured in images from the Humble telescope, which recorded the star in blue. The color is due to the presence of small amounts of methane in gaseous form, according to NASA.

The image shows the moon Triton in an intense glow. This is because Triton reflects about 70% of the sunlight that reaches it.

“Triton’s brightness greatly outshines Neptune in this image because the planet’s atmosphere is darkened by methane absorption. Triton unusually orbits Neptune, backwards (retrograde), leading astronomers to speculate that this moon was originally a belt object. Kuiper and was gravitationally captured by Neptune,” says a NASA statement.

See the moons of Neptune recorded by Webb

The telescope imaged 7 of the 14 known moons of the most distant planet from the Sun. Galatea, Naiad, Thalassa, Despina, Proteus, Larissa and Triton are visible. – NASA, ESA, CSA, STScI

On Monday (19), NASA and ESA (European Space Agency) released the first images of Mars captured by Webb. The images were taken on September 5 and are of a region in the eastern hemisphere of the planet.

Webb took two decades to complete and cost more than $10 billion. The telescope’s mission is to see farther and allow astronomers to see the first galaxies in the Universe.

The telescope was launched on December 25, 2021 and spent six months in space commissioning — when the equipment is prepared for use, already in space. Webb’s focus is on capturing infrared light, but the equipment will have several uses, such as the study of objects inside and outside our galaxy, the Milky Way, and stars in the Solar System itself, as happened with Mars and Neptune.

The infrared from the NIRCam (Near-Infrared Camera, in English) of the space telescope was precisely what made possible the unprecedented view of Neptune’s rings and moons. According to NASA, the camera creates objects in the infrared range, which makes it possible to see Neptune without the blue color characteristic of the Humble telescope.

“Methane gas absorbs red and infrared light so strongly that the planet is dark at these infrared wavelengths, except where high-altitude clouds are present. These methane ice clouds are prominent as streaks and bright spots, which reflect the sunlight before being absorbed by methane gas,” reads Wednesday’s statement.

Facebook
Twitter
Pinterest
WhatsApp
Previous articleMitsotakis to Ankara: Greece will not tolerate bowling by anyone
Next articleMporel: At the extraordinary Council, the Foreign Ministers will discuss new sanctions against Russia