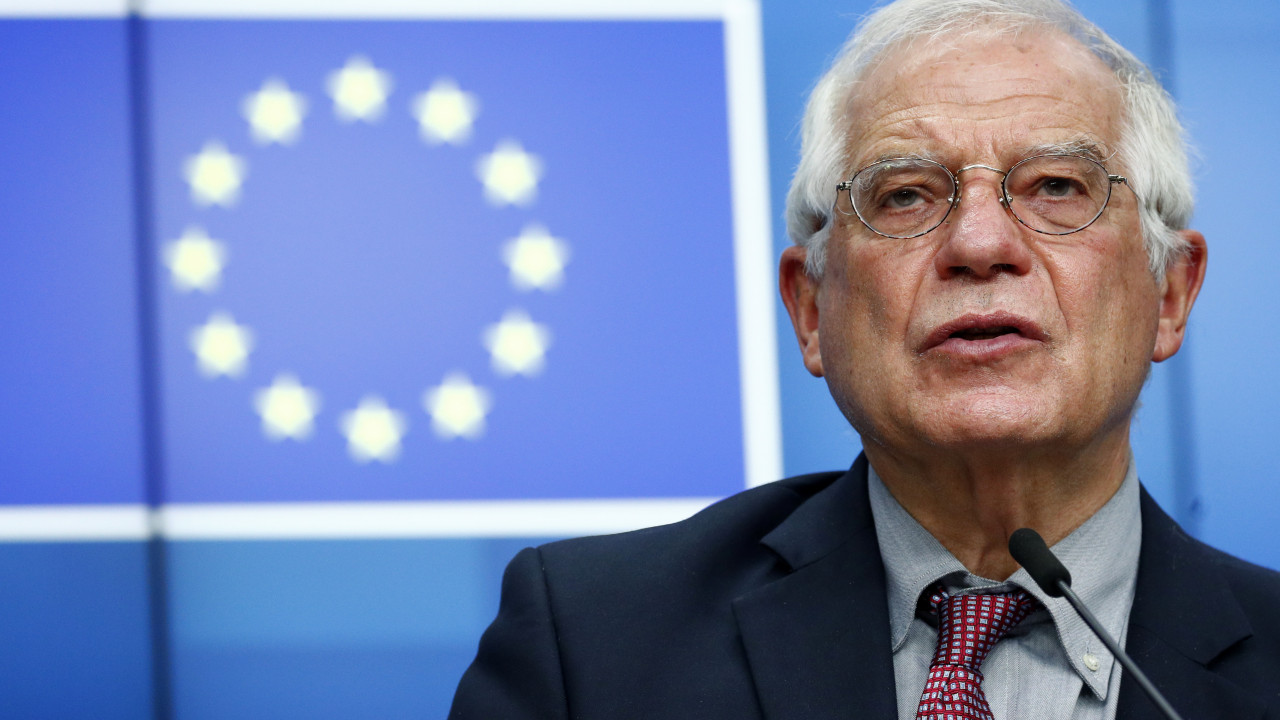 Mporel: At the extraordinary Council, the Foreign Ministers will discuss new sanctions against Russia

Borrell stressed that the EU is not involved in the war in Ukraine, but will not allow itself to be bullied by Russian President Vladimir Putin.

The continued military support to Ukraine, as well as the imposition of new sanctions against Russia, are expected to be discussed early on Thursday (around 3:00 a.m. Greek time) by the foreign ministers of the EU countries, who will hold an extraordinary meeting in New York, he announced. the head of European diplomacy Joseph Borel.

Borrell stressed that the EU is not involved in the war in Ukraine, but will not allow itself to be bullied by Russian President Vladimir Putin, saying that new sanctions against Moscow “are on the table”.

“It is clear that Russia he wants to destroy Ukraine,” underlined.

“I expect (ministers) to discuss how we can continue our military support to Ukraine, how we can continue to put pressure on Russia. The issue of sanctions will undoubtedly be on the table,” Borrell said, noting that he will start making proposals on this issue.

Borel also said he does not plan to meet with Russian Foreign Minister Sergei Lavrov, who is also in New York this week.

In an interview granted to the American television network CNN by the president of the European Commission Ursula von der Leyen earlier assessed that Putin’s statements require “new sanctions on our part”.

The EU has already adopted six sets of economic sanctions against Russia, but Hungary has said it is against imposing new measures. In order to impose sanctions, the unanimity of the member countries is required.

The head of the European Parliament’s Foreign Affairs Committee condemns the holding of fake referendums in regions of Ukraine occupied by Russia, in a joint statement David McAllister (European People’s Party, Germany), the head of Parliament’s mission to the EU-Ukraine Parliamentary Association Committee Witold Waschikowski (European Conservatives and Reformists, Poland) and the Parliament’s rapporteur for Ukraine Michael Galler (EPP, Germany).

The US president gave a tough answer to the Russian president earlier, Joe Biden from the floor of the UN General Assembly.

“The war in Ukraine is a one-man war,” he said characteristically, and added: “no one threatened Russia and no one else, apart from Russia, sought the conflict.”

The US president accused his Russian counterpart of making risky and irresponsible nuclear threats, pointing out that Russia has violated the core of the UN charter of rights.

“A nuclear war cannot have a winner and it should never be carried out,” he stressed, while calling Russia’s threats to use nuclear weapons a “dangerous disregard” of its non-proliferation responsibilities.

Facebook
Twitter
Pinterest
WhatsApp
Previous article
James Webb Captures Clearest Image of Neptune’s Rings in 30 Years; Look
Next article
A Fazenda 14: Jojo Todynho counters prejudiced comment from a farmhand and warns: ‘I’ll help get you out of there’

Pfizer invests 1.2 billion euros in the Belgian city of Pours