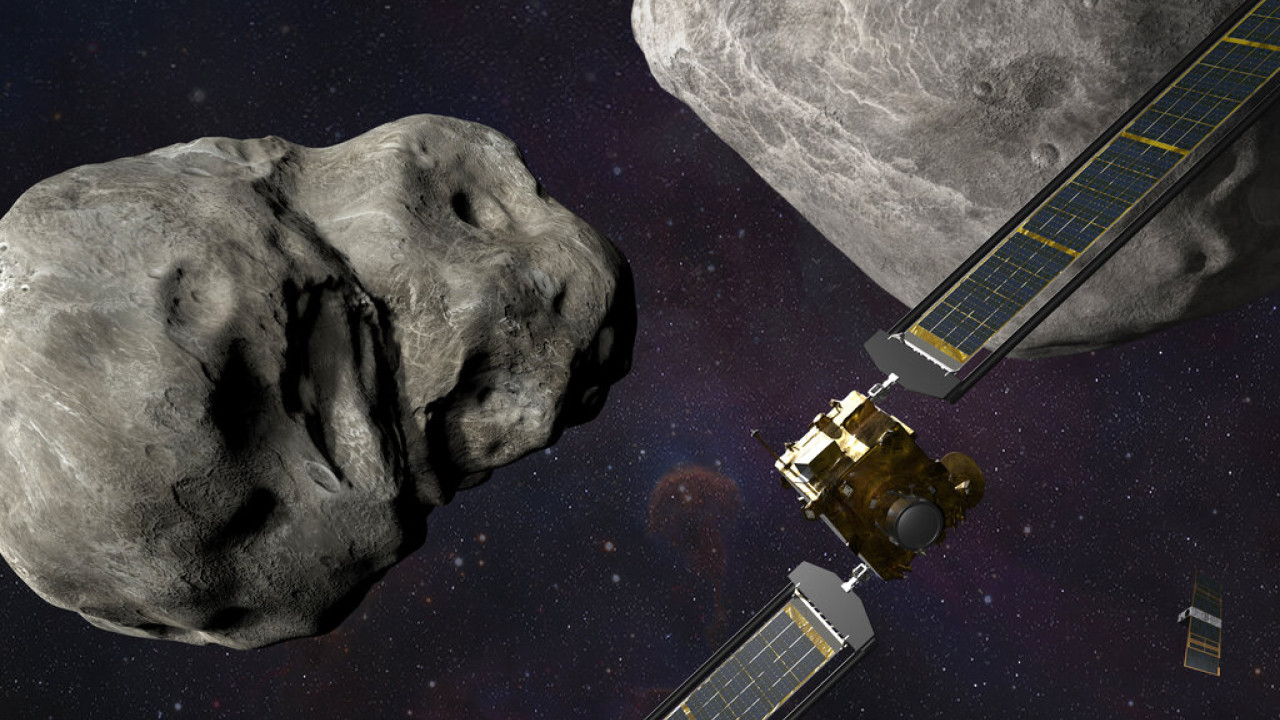 Dart mission: How Greek scientists are involved in the “Armageddon” experiment

In a few hours, a watershed moment will determine whether humanity will be able, by gathering unprecedented data, to design a planetary defense system that will help prevent a catastrophe from an asteroid on planet Earth

What if an object, such as an asteroid, were headed our way?

“We should have deterrence technology” answers clearly speaking to the radio station of the APE BEE, Agency 104.9FM, Dr. Kleomenis Tsiganis, Professor of Astrophysics at the Department of Physics at the Aristotle University of Thessaloniki.

In a few hours, a watershed moment will determine whether humanity will be able to design a planetary defense system that will help prevent a catastrophe from an asteroid on planet Earth by gathering unprecedented data.

“Today’s experiment has historical significance. It is the first time that an attempt has been made to change the course of a celestial body by human intervention. This has never been done,” comments the Greek professor of astrophysics, who in fact urges amateur astronomers with experience and valuable equipment to “try to locate ‘Dimorphos’ and see if it will become brighter when the fragments resulting from the explosion are illuminated by the sun and will therefore become brighter for several hours after the impact!’

“Today is a big day. Tuesday morning at a quarter past two, the boat should be in good condition DART launched last year in November to hit this particular asteroid which at about 160 meters is the smaller of the two asteroids that orbit each other while at the same time… walking around the Sun, at a distance.

Based on the latest data, everything is going as it should be, the camera carrying the DART is working normally and has even spotted the larger of the two asteroids, which will guide it slowly, slowly towards the final target. All this while DART is going at a very high speed, 25,000 km/h” explained Dr. Gypsy. The Greek professor’s team will participate, as he revealed, from the first moment in the world-class scientific space experiment.

How Greece participates in the unique space project

Our team here at AUTH is involved in the software part. Both for the DART program and for the European HERA that follows in the analysis. For DART and also for the European mission “Hera” (s.s. HERA) of the European Space Agency (ESA), we are experts in interpreting the so-called dynamic phenomena, i.e. the movements of bodies. We therefore do a detailed simulation of how it is in the system and moving before the DART hits it and what we expect to happen after it hits.

“Obviously once we get real data in a couple of weeks, we’ll have a better, smaller range of parameters that we’ll focus on over the next year or two to understand exactly what DART was doing as it hit the asteroid,” he explains. the Greek scientist asked about the Greek contribution to this global mission of the DART (Double Asteroid Redirection Test) of the American Space Agency (NASA).

Work of Dr. Tsigani and his colleagues is to ascertain “all possible versions, compatible with the post-impact observations,” for the follow-up. What Mr. Tsiganis and his colleagues have been doing until today and will do after two in the morning are helping “those who build the instruments that will be carried by the European HERA mission ship, to plan the observation strategy in order to optimize the result”.

How we can see the anti-Armageddon “strike” live from earth

“It is important to show that we have the specific technology (which could potentially save the planet from a collision with a meteorite) and what will be done we can repeat it if necessary at some point. This particular experiment is not something you can do every day. You have a careful choice of the target, careful timing, a specific moment in time when everything must be done. In any project, thousands of people work for about seven years,” answers Dr. Dr. Cleomeni Tsigani.

At the same time, what is shocking for the wider public is that this critical ‘hit’ of the unique space mission, we will all be able to see.

“For today, and for those who stay awake, there will also be a live image from the ship’s camera, while the collision with the asteroid is attempted. DART can be seen approaching the target with the image fading just 30 seconds before impact, a Drake livefeed image separate from NASA’s live broadcast on NASA TV.” reports about the cosmic event that is expected in a few hours, the Professor of Astrophysics of the Aristotle University of Thessaloniki.

Facebook
Twitter
Pinterest
WhatsApp
Previous article
The touching message of Kostas Bakoyannis on the 33rd anniversary of his father’s murder: “How much I thank you”
Next article
Moscow admits ‘mistakes’ in recruiting – ‘Borders not being closed’ says Peskov