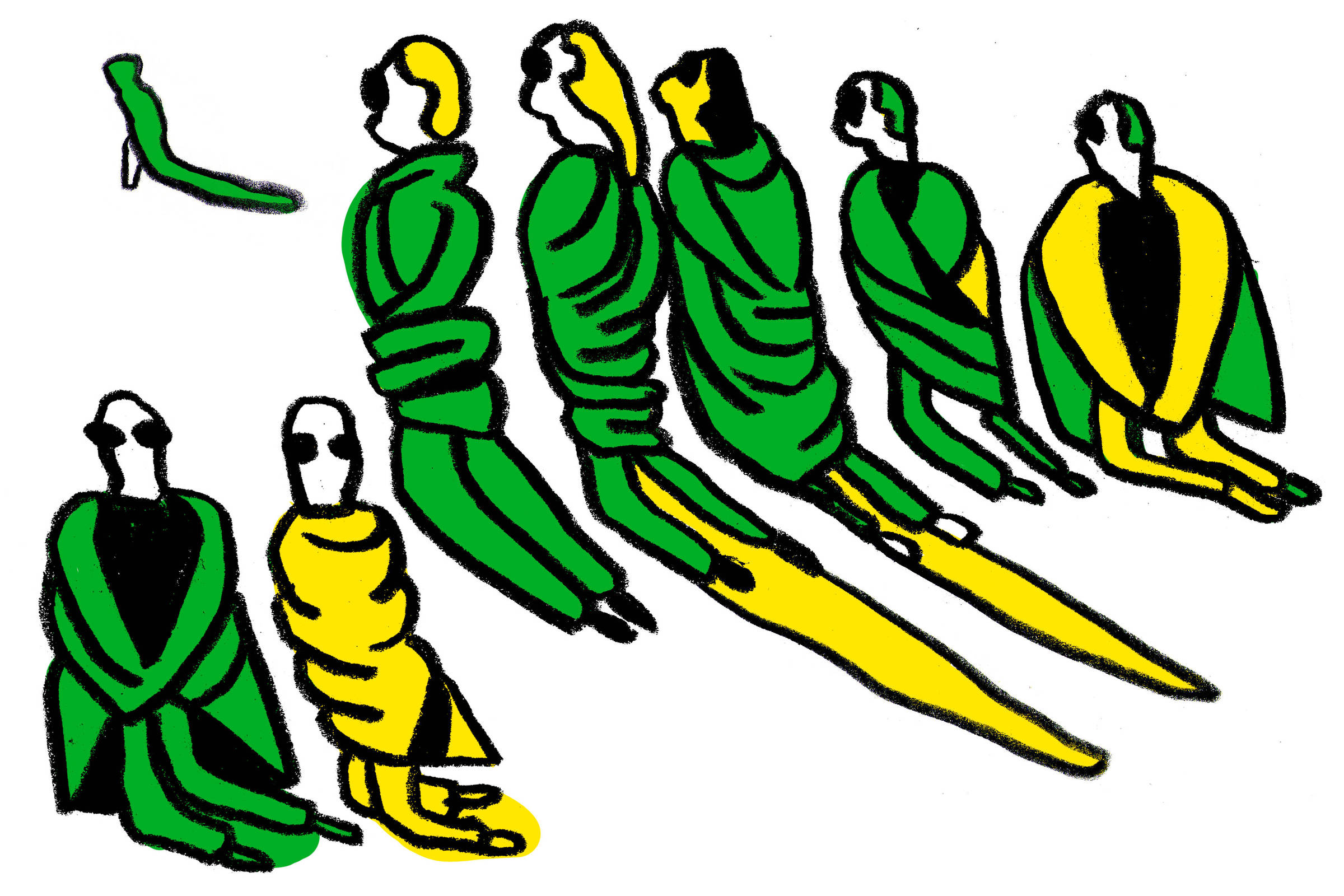 Opinion – I’m Science: Denialism on the Day of the Dead

People marching in front of barracks, kneeling and asking for military (or divine) intervention, in a collective frenzy, this past Wednesday (2/11), produced scenes not to be forgotten and that may be repeated in the coming years. It is also symptomatic that they took place on All Souls’ Day, when we celebrate the memory of our dead, including the 700 thousand victims of the mismanagement of the pandemic in Brazil – once again forgotten by Bolsonarism.

In the counting of the 72 hours of chaos to start an alleged military intervention, in the delusional interpretation of the famous article 142 of the Federal Constitution, after 48 hours of stopping roads, the mob ascended to the barracks, waiting for the tanks and troops to leave. In the middle of the Dead, they didn’t realize that they were performing their own paranoid mourning of defeat, like yellow-green zombies in the attack on democracy. Image consistent with the necropolitics that the government promoted.

In observation of the social networks made by SoU_Ciência in the last few days, it is possible to perceive the migration of the messages of summons and adhesion to the acts. They no longer travel through Instagram, Facebook and Twitter, but through the more underground, anonymized and uncontrolled space of Telegram groups.

Traditional social networks have become just the tip of the extremists’ communication iceberg and their monitoring is no longer capable of capturing what runs in the depths of non-public and socially uncontrolled groups.

For example, since the Sunday of the election, the Twitter profiles of Jair Bolsonaro and Carlos Bolsonaro have not published anything (as of this writing). Flávio posted a laconic “dad I’m with you for whatever comes” on Monday. Michelle, on All Souls’ Day, posted a video of demonstrations in front of the barracks in Salvador, and Eduardo posted a video of the demonstrations in Rio – legitimizing the action, but not directly linking it.

On Telegram networks, however, Bolsonaro supporters openly called for the coup demonstrations of the week after the vote. In audio attributed to Eduardo Bolsonaro who circulated in these groups, the message is: we have to “show that we do not accept being governed by a narcodictator“, “Bolsonaro’s seclusion” is a “clear message”, “we go by the millions on the streets, saying that we don’t accept [o resultado das eleições]”.

The infiltration of people from the democratic field and researchers in these groups has made it possible to capture these movements and needs to be increasingly active.

In other research, presented on the Blog and on the SoU_Ciência portal, we have studied the influence of denialism on the pandemic, such as the anti-vaccine movement and its variants. We know that the effects of the distortions created by denialism can be harmful and cause harm.

Therefore, the events that have taken place in recent days may indicate that we are advancing to deeper layers of denialism, as a social construction rooted even in the collective unconscious. A kind of cognitive disjunction that leads to a rupture with the shared social reality. And this is not just pathological, it is a phenomenon socially constructed by extremist leaders on their fearful bases and in a position of war.

In recent months, the gap between reality and fantasy for this part of the population is rapidly widening, due to the action of propagators of ‘content’ without real ballast on digital networks, in the frenetic circulation of “fears and delusions” packaged in the form of memes, tik-tok videos and telegram/whatsapp audios, like sausages in a ‘symbolic sausage’ factory to affect the psychology of the masses.

As an antidote, we have shown how science has become an important political force in recent years, and how our society, in defense of life, began to impose limits on lies coming from the Planalto and other sources, in search of scientifically based knowledge. The “pro-science wave” in Brazil, in reaction to the country’s command by a denialist, is a phenomenon proven in several opinion surveys, focus groups and analyzes of networks and spaces in the media that we carry out.

Science entered the order of the day, the population began to recognize the importance of scientists, universities, research institutes and vaccine production. However, it seems that we are now experiencing, in Bolsonaro’s defeat at the polls, a rebound effect of denialism, like a delusional sigh.

It was already noticeable that the denial of evidence (scientific, historical, journalistic, documentary) as a field of politics in post-truth was at the base of the most eschatological conspiracy theories, such as the famous “dick bottle”, QAnon and its networks of pedophilia.

But what one sees, from Monday to now, on the roads and in front of the barracks, is a fraction of right-wing extremism that has been completely entangled by its channels of circulation of fanciful, persecutory and even hallucinated narratives that come out of ties with the most basic fact-checking – such as the shouting produced with the alleged arrest of Alexandre de Moraes, a ‘fact’ that circulated only in the parallel reality of these groups.

And, it seems, this zombie activism must become widespread and needs to be faced.

The call for intervention and coup, which has been heard on the streets since 2014, and which Bolsonaro and his followers fed, now returns in a cathartic form, associated with trances of faith and possessions typical of neo-Pentecostalism.

Are we facing a new messianism, no longer focused on the figure of the leader Bolsonaro (defeated and by some already considered part of the past), but in the hope of a salvationist insurgency by the military?

The climate of polarization in the period from 2014 to 2016, created by the mobilizations for the removal of President Dilma, has returned. The extreme right, given the objective impossibility of the coup (without sufficient internal support and no external support), will transform this indignation and revolt into a subjective force. An opposition on the streets without rest, as its base is driven by an unshakable belief system, in a stage of conviction and devotion that transitions from religion to politics.

The denialism that we face has roots that are ever deeper and immovable. How to face the masses that take to the streets living a parallel reality created “in the laboratory” of hybrid wars? We have to be attentive, study, and plan how to act, democratically.

The promotion of education and science will be fundamental, but it will not be enough. The broad front for democracy that Lula elected will have to be a broad front for the qualification of public debate and for the formation of informed and reflective citizens, capable of deciding independently, discerning and pondering. Its performance will necessarily involve the appropriation and use of all communication platforms available and accessed by most of the population, in a constructive and educational perspective.

Will we be able to train algorithms for enlightenment or just for the propagation of hate and fear? Will we get the bubbles to reconnect with factual, historical and scientific bases or are they being sucked into a pre- and post-modern mythical-digital black hole?

One thing seems to be certain: the ‘Lula 3’ government will face an opposition like never before – the extreme right is stronger, more organized and delirious in Brazil than ever, and knows how to occupy the streets and networks, the hearts and minds of his followers. It will be up to us to continue limiting its growth, dialoguing with those who defend democracy and reaffirming the values ​​of an informed, fair, plural, solidary, sustainable and peaceful society.