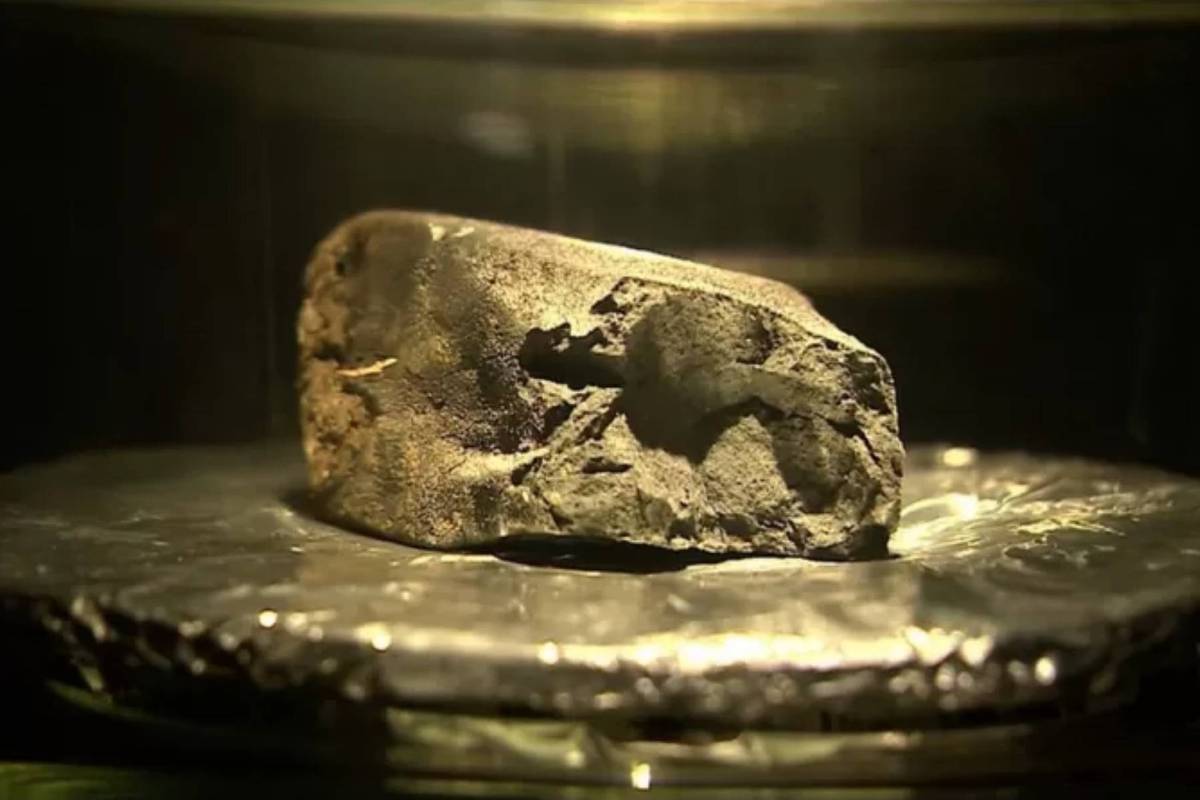 A meteorite that landed in the town of Winchcombe in south east England last year contained water that almost perfectly matched Earth’s water.

This reinforces the idea that rocks from space could have brought important chemical components, including water, to our planet early in its history, billions of years ago.

This meteorite is considered the most important ever recovered in the UK.

The scientists, who have just published the first detailed analysis, say the object has yielded fascinating information.

More than 500g of dark debris was collected from residential gardens, sidewalks and fields after a giant fireball lit up the Winchcombe night sky.

The fragmented remains were carefully cataloged at the Natural History Museum in London and then loaned to teams across Europe for investigation.

Water accounted for up to 11 percent of the meteorite’s weight—and it contained a very similar proportion of hydrogen atoms to water on Earth.

Some scientists say that the young Earth was so hot that it would have expelled much of its volatile content, including water.

The fact that Earth has so much water today—70% of its surface is covered by oceans—suggests that there must have been a later accretion.

Some claim this could be from a bombardment by icy comets — but their chemical compositions don’t quite match.

And the fact that it was recovered less than 12 hours after it fell means that it absorbed very little land water, or even any contaminants.

“All other meteorites have been compromised in some way by the Earth’s environment,” Ashley King, lead co-author of the study, from the Natural History Museum in London, tells BBC News.

“But Winchcombe is different because of how quickly it was picked up.”

“That means that when we analyze (the meteorite) we know that the composition we’re looking at takes us back to the composition in the early Solar System, 4.6 billion years ago.”

“Aside from taking rock samples from an asteroid with a spacecraft, we couldn’t have a more pristine specimen.”

Scientists who examined the meteorite’s carbon and nitrogen-containing organic compounds, including its amino acids, got an equally clear picture.

It’s the kind of chemistry that could have been the raw material for biology to start with on Earth.

The new analysis also confirms the origin of the meteorite.

Video footage of the fireball allowed the researchers to work out a very precise trajectory.

Retroactive calculation indicates that the meteorite came from the outer part of the asteroid belt between Mars and Jupiter.

Further research reveals that it broke off the top of a larger asteroid possibly due to a collision.

It then took just 200,000 to 300,000 years to reach Earth, as revealed by the number of specific atoms, such as neon, created in the meteorite’s matter through the constant beaming of high-speed space particles, or cosmic rays.

“0.2 to 0.3 million years seems like a long time — but from a geological point of view it’s actually very fast,” explains Helena Bates of the Natural History Museum in London.

“Carbonaceous chondrites have to get here quickly or they won’t survive, because they’re so brittle, so fragile that they just disintegrate.”

The scientists’ first analysis, published in this week’s issue of the journal Science Advances, is just an overview of the properties of the Winchcombe meteorite.

A dozen more articles on more specific topics should be published soon in an issue of Meteoritics & Planetary Science.

And it shouldn’t stop there.

“Researchers will continue to study this specimen for years to come, unlocking more secrets about the origins of our Solar System,” said co-author Luke Daly of the University of Glasgow in Scotland.