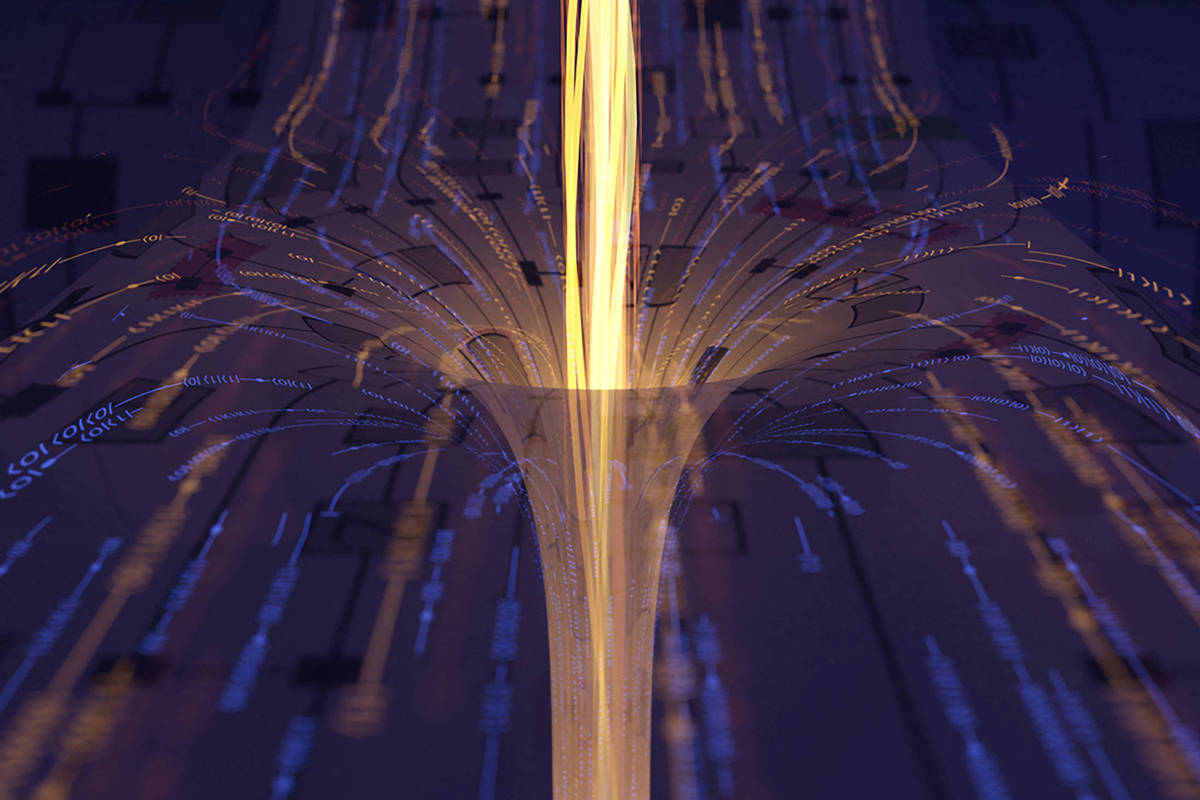 In science fiction, wormholes in the cosmos serve as portals through spacetime through which spacecraft can traverse unimaginable distances with ease.

Scientists have long sought a deeper understanding of this phenomenon of the universe and announced on Wednesday (30) that they managed to create two tiny black holes simulated in a quantum computer and transmitted a message between them through the equivalent of a tunnel in spacetime. .

The feat was obtained through a “baby wormhole”, said Caltech University physicist Maria Spiropulu, co-author of the research published in the journal Nature.

But humanity is still a long way from being able to send people or other living beings through portals like this one, she said.

“Experimentally, for me, I’ll say it’s a long, long way off. People come up to me and ask me, ‘Can you put your dog in the wormhole?’ So no,” Spiropulu joked when answering questions from journalists. “But that’s a big leap.”

“There is a difference between something being possible in theory and possible in reality,” added physicist and study co-author Joseph Lykken of Fermilab, the US laboratory for particle physics and accelerators.

“So you can sit and wait to send your dog through a wormhole. But we have to start somewhere. And I think it’s just exciting that we can get our hands on this.”

A wormhole —a rift in space and time—is a phenomenon that acts as a bridge between two remote regions of the universe. Scientists refer to them as Einstein-Rosen bridges, named after the two physicists who described them—Albert Einstein and Nathan Rosen.

These wormholes are consistent with Einstein’s theory of general relativity, which focuses on gravity, one of the fundamental forces in the universe. The term “wormhole” was coined by physicist John Wheeler in the 1950s.

Spiropulu said the researchers found a quantum system that exhibits the key properties of a gravitational wormhole, but which was small enough to be implemented on existing quantum hardware.

“That’s what we can say at this point: that we have something that, in terms of the properties that we observe, looks like a wormhole,” Lykken said.

The researchers said that no rifts of space and time were created in physical space in the experiment, although a traversable wormhole appears to have arisen based on quantum information teleported using quantum codes in the quantum processor.

“These ideas have been around for a long time and they are very powerful ideas,” Lykken said.

“But at the end of the day, we’re in experimental science, and we’ve been struggling for a long time to find a way to explore these ideas in the lab. And that’s what’s really exciting. It’s not just, ‘well, wormholes are cool.’ It’s a way to really look at these fundamental problems of our universe in a lab setting.”