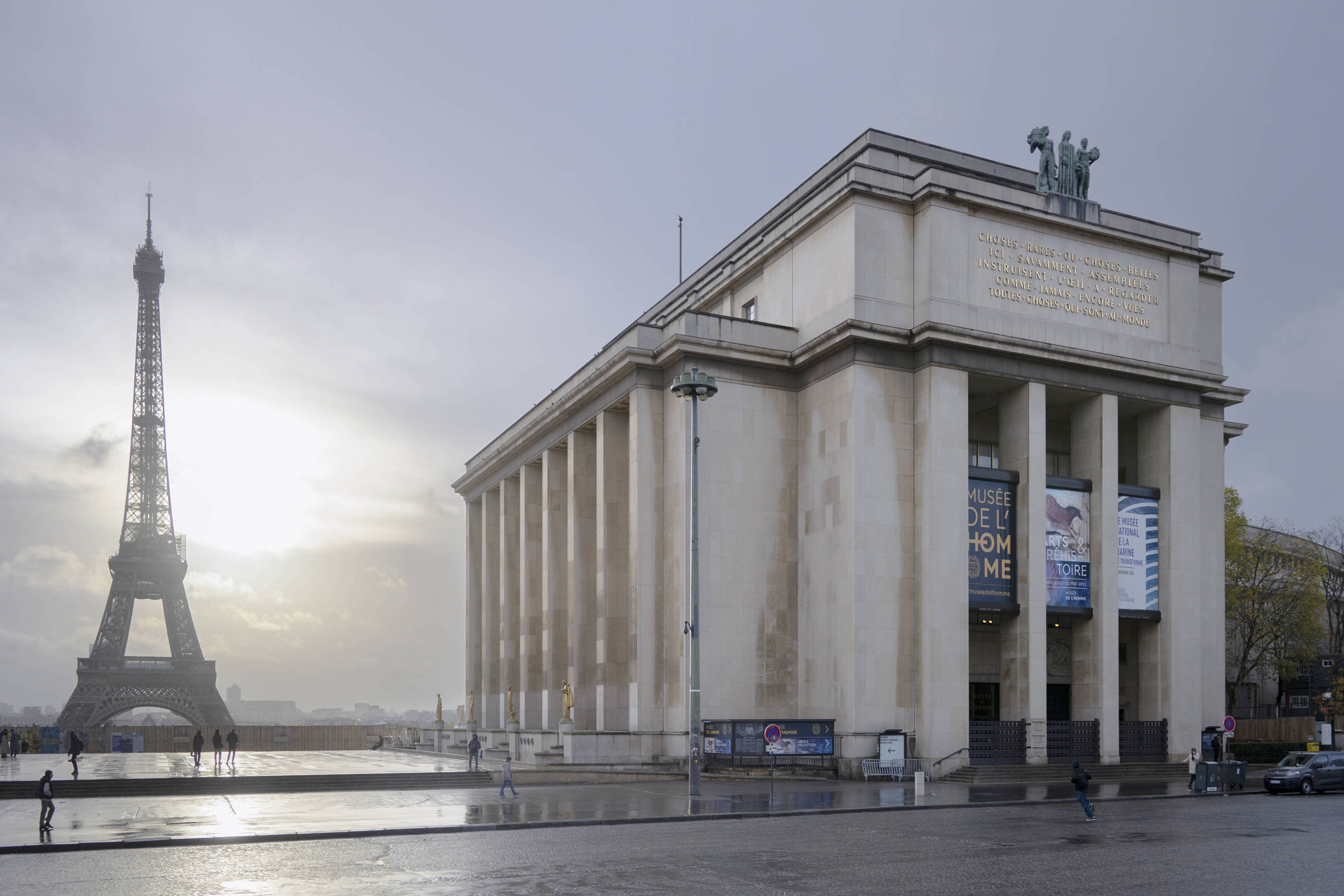 With its monumental Art Deco façade overlooking the Eiffel Tower, the Museum of Humanity is a Parisian landmark. Hundreds of thousands of people visit each year to see prehistoric skeletons and ancient figurines.

But beneath the galleries, a more controversial collection lurks underground: 18,000 skulls that include the remains of African tribal chiefs, Cambodian rebels and Oceania’s indigenous people. Many were collected in former French colonies, and the collection also includes the skulls of more than 200 Native Americans, including Sioux and Navajo tribes.

Stored in cardboard boxes on metal shelves, they form one of the largest collections of human skulls in the world. But they are also unmistakable reminders of a controversial past and, as such, have been shrouded in secrecy. Data on the identity of the skulls and the contexts in which they were collected –which could open the door to requests for restitution— were never made public, but their general lines are contained in documents to which the New York Times had access.

According to a confidential memo, the collection included bones of Mamadou Lamine, a 19th-century African Muslim leader who led a rebellion against French colonial troops; of a Canadian Inuit family exhibited in a human zoo in Paris in 1881; and five victims of the Armenian Genocide of the 1910s.

“Sometimes supervisors would say, ‘We need to hide this,'” says Philippe Mennecier, a retired linguist and curator who has worked there for 40 years. “The museum is afraid of scandals.”

The opacity is at odds with the spirit of France’s growing reckoning with its colonial legacy, which has shaken many cultural institutions. And the lack of transparency makes restitution claims difficult by former colonies or conquered peoples — where human remains are cited as a priority. It is a problem that has been giving work and creating doubts in museums in Europe.

France has been a leader in the investigation and return of collections of colonial-era artifacts. But it is lagging behind in returning human remains.

Museums in Germany, the Netherlands and Belgium have already created clear protocols for dealing with them, with different restitution criteria than those used for artifacts. Restitution requests generally consider the conditions under which the objects were taken; in the case of mortal remains, it is usually only necessary to prove an ancestral link.

In France, critics say, the Museum of Humanity limits research on sensitive items in its collection, withholding essential information for restitution claims. The museum has a longstanding policy of returning only “nominally identified” remains — that is, body fragments of a specific person who has a link to the applicant. Academics say this is a restrictive tactic aimed at blocking devolution.

Christine Lefèvre, from the Museum of Natural History, to which the institution is subordinate, explains: “The collections are open to anyone who comes with a solid and serious research project”.

In addition, French legislation has made any return a laborious and time-consuming process. “Our museums should do some soul-searching,” says André Delpuech, former director of the Museum of Humanity, who left in January. “So far, though, they’ve been sticking their heads in the sand.”

In 1989, Mennecier created the first collection database. This made it possible to identify hundreds of “potentially litigious” skulls, in his words: from anti-colonial and indigenous combatants, collected as war trophies or looted by explorers.

Anticipating potential problems, Mennecier says he has in recent years alerted museum directors, urging them to “inform the highest authorities, embassies and relevant communities”. But his warnings went unheeded, say he and Alain Froment, the museum’s anthropologist.

Lefèvre and Martin Friess, who is in charge of the institution’s modern anthropology collections, say the information was not released due to privacy concerns, fears of creating controversy and uncertainty surrounding the identity of some of the remains.

The origin of a skull classified as belonging to a Sioux chief named White Cloud, for example, was in doubt, according to Friess. But academics and policymakers say the museum’s stance was born of a larger concern: the fear that transparency would open the floodgates to a flood of restitution claims.

Like other institutions, the place is receiving more and more requests for the repatriation of objects — from Madagascar to Argentina and peoples of Hawaii. But it has not invested significantly in research to determine the origins of its collection of human remains or released guidelines for handling and return.

In the past two decades, France has returned just 50 sets of human remains to South Africa, New Zealand and Algeria, among other countries. In the same period, according to a researcher at the Medical School of Brandenburg, Germany returned eight times more.

“It makes France look backward,” comments historian Jeremiah Garsha of University College Dublin, noting that the country has a much longer colonial history than its neighbor.

Part of the reason for this discrepancy lies in policies such as the Museum of Humanity’s requirement for name identification. According to Mennecier and Froment, because of her, plans to return Indigenous Australian remains from the collection, most of which are unidentifiable, are stalled.

But the policy “has no clear legal basis”, as highlighted in the confidential memo, and contradicts a 2018 report commissioned by the French government that recommended that anonymous remains that can be linked to an indigenous family or group should be considered returnable. The report was never made public and its proposals were never adopted.

Lefèvre says community affiliation is too vague a criterion and that links to 19th-century groups are difficult to confirm. But he muses that anonymous skulls of individuals whose social roles can be determined, such as tribal leaders, could be considered returnable.

To complicate matters even more, objects that form part of the collections of public museums are the property of the French State and cannot pass into other hands, unless their return is enacted by law —a laborious process, which in some cases has led France to cede remains mortals instead of relinquishing their property.

A representative of the Ministry of Culture said that a comprehensive law is being drafted to regulate future such discards. But Pierre Ouzoulias, a left-wing senator who has produced several reports on restitution, says the government has shown anything but goodwill.

The government has rejected a Senate proposal to create a scientific advisory board for refunds and has yet to consider a bill, passed in January, that would end the need for Parliament to pass every refund.

For Mennecier and Delpuech, the opacity of the institution and the attitude of the authorities to push the problem with their belly will have repercussions, as the calls for a reckoning with the past increase.

Ouzoulias raised that fear before a parliamentary committee last year. Alluding to the skulls of victims of the Armenian Genocide, he said that France “is at risk of entering into a serious diplomatic conflict with some countries when they become aware of the contents” of the collections. “It’s time for all this to end,” he said. “We can no longer live with skeletons in our closets.”

Facebook
Twitter
Pinterest
WhatsApp
Previous article
Esports Excitement Grows, But Where Are the Profits?
Next article
Bad weather “Ariel”: Where it has caused problems in the country