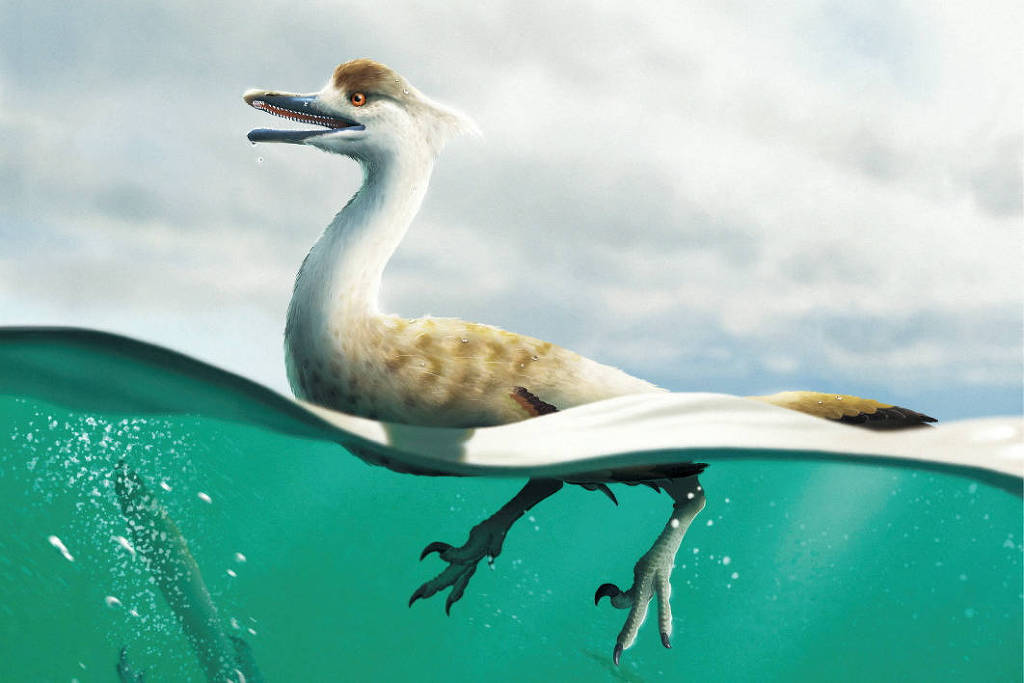 the dinosaur Natovenator polydontus it belonged to the family of the famous velociraptor from the “Jurassic Park” series, but its anatomy was completely different, resembling a bizarre mixture of a goose and a penguin. For the scientists responsible for describing the species, the animal lived in the same way as many waterfowl today, diving to catch fish.

The surprising conclusion has just been published by an international team of scientists in the specialized journal Communications Biology. If the analysis is correct, this is further evidence that dinosaurs were able to acquire the most different lifestyles throughout their evolution, not being restricted to the role of herbivores or terrestrial predators, as it seemed until recently. .

With an almost complete skull and a good part of the skeleton preserved, the No. polydontus lived just over 70 million years ago in what is now Mongolia. Among those responsible for the work, led by Sungjin Lee, from the Seoul National University, there are researchers from South Korea, Canada and Mongolia itself.

The scientific name already gives clear indications of how paleontologists imagine their lifestyle. In a mixture of Latin and Greek, its meaning is “Hunter that swims, with many teeth”.

In addition to the snout in the shape of a “duck’s beak” and the very thin and elongated neck compared to that of other carnivorous dinosaurs, the animal’s trunk also presents a series of characteristics that resemble those of today’s diving birds, such as penguins and the biguas.

The general structure of the body is tapered and apparently hydrodynamic, that is, it would facilitate the displacement of the animal in the water. One of the adaptations linked to this fact in its skeleton is the positioning of the ribs, which were facing the back of the trunk —something that the researchers compared with several waterfowl existing today in the study, showing the similarity with the No. polydontus🇧🇷 In addition, the thorax was relatively flat, barrel-shaped. Finally, the numerous teeth seem well adapted for catching fish.

These data are important because, contrary to what many people imagine, the other reptiles that colonized aquatic environments during the Age of Dinosaurs, such as ichthyosaurs (which vaguely resemble dolphins) and plesiosaurs (with an elongated neck), were not closely related to the dinos.

Some recent studies have proposed that large predatory dinosaurs such as the Spinosauruscould have spent much of their time in the water, hunting like today’s alligators, but the new species from Mongolia is the one that shows the characteristics most clearly linked to life (partially) underwater.

As it was unable to fly, the Natovenator it may have jumped from rocks into water in search of its prey. It is quite possible that the front legs were used as their main underwater “propulsion engine”.