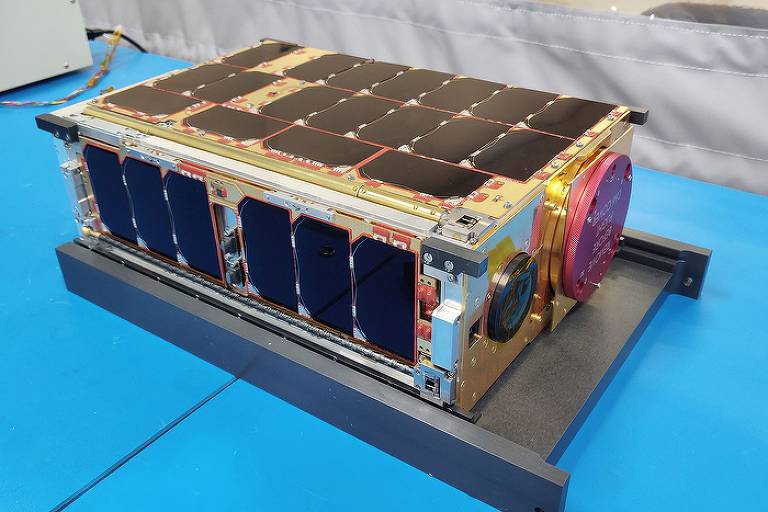 Brazilian scientists are among those in charge of a space mission to study anomalies that block satellite signals. With the launch of Sport at the end of this month, it will be possible to understand, with greater precision, how these occurrences affect the communication infrastructure.

Acronym for Scintillation Research, Observation and Prediction Task, Sport resulted from the collaboration between the Space Agencies of Brazil and the USA with servers from the Technological Institute of Aeronautics (ITA) and the National Institute for Space Research (INPE).

In 2014, the mission’s partners met at Inpe to discuss the development of a technological satellite to monitor space weather. While ITA was responsible for developing the product, NASA was assigned the task of building five instruments to analyze data such as the velocity of ions and the flow of electrons in space.

Inpe’s servers carried out the satellite tests. With the start of the mission, they will operate the Sport, receive data from the onboard instruments and distribute them among the researchers in the partnership.

Together, the scientists decided that the project should research plasma bubbles, a phenomenon of gases that lose electrons in the ionosphere —a layer of the atmosphere between 60 km and 1,000 km in altitude. INPE has been studying the subject since 1970.

The bubbles start small after sunset and grow quickly, explained Joaquim Costa, head of the astrophysics division at Inpe and manager of Sport. The more they grow, continues the researcher, the more likely they are to block or distort satellite communication with Earth.

According to Costa, Brazil has companies, such as mining companies and transporters, that depend on the Global Satellite Navigation System (GNSS). The lack of accuracy in this signal, caused by bubbles, can both cause accidents and financial losses.

Inpe already coordinates a system for this type of analysis, Embrace (Brazilian Studies and Monitoring of Space Climate). Sport, however, should improve predictions and increase understanding of the nature of irregularities.

“Embrace has a network of GNSS receivers with more than 500 receivers in Latin America, which are used in this surveillance”, stated Costa. Embrace networks should complement Sport.

“We were able to foresee, but not avoid, the communication failure,” he said. “What we can do is mitigate; for example, suggest another time or alternative means that are not affected by the disturbance.”

Even if there are already satellites in space to measure plasma bubbles, Sport has innovations, said James Spann, head of NASA’s Space Weather division and one of the mission coordinators.

“Today’s initiatives have elliptical trajectories, a type of flight whose altitude changes in relation to the Earth. The new minisatellite, on the other hand, navigates in a circular orbit and, therefore, maintains the same distance from the planet”, said Spann.

The mini-satellite also has an inclination of 58 degrees, which facilitates the monitoring of other areas of the continent, located before and after the Equator.

According to the NASA researcher, the mission was an opportunity to strengthen the relationship between the two countries in the space area. The partnership with Inpe and ITA was facilitated by the public character of the institutions, he said.

Having servers dedicated to this area is critical because it takes effort, time and trust, continued Spann. Due to the complexity, the project required around 70 people, including professors, students, engineers and other professionals.

“We’ve done things that have never been done on a small satellite,” he said. “The partnership went well because the team was very good in both countries. Everyone entered the project with the will to succeed.”

The Sport, which was taken to the International Space Station on November 26, still does not fly in its orbit in space. Stored at the station, the satellite should be launched at the end of this month, when it enters the commissioning phase, which tests the operation of the technology.

When the satellite is released, Inpe will activate the antenna and solar panels to start the measurements. NASA’s climate coordinator expects the mission to last two years before it crashes and burns up in the atmosphere.

“If we get measurements for six months, we will declare success”, concluded the American researcher.

The Brazilian Space Agency (AEB) mediated the relations between the project partners and financed part of the development. According to Rodrigo Leonardi, coordinator of the AEB satellite and applications program, Brazil has shown competence in the space area by making a quality miniature satellite.

“In addition to studying phenomena in the ionosphere, we are improving Brazilian expertise in the engineering and development of space systems, which is important for other missions in the future,” he said.

Free app teaches how to identify pain in dogs and cats