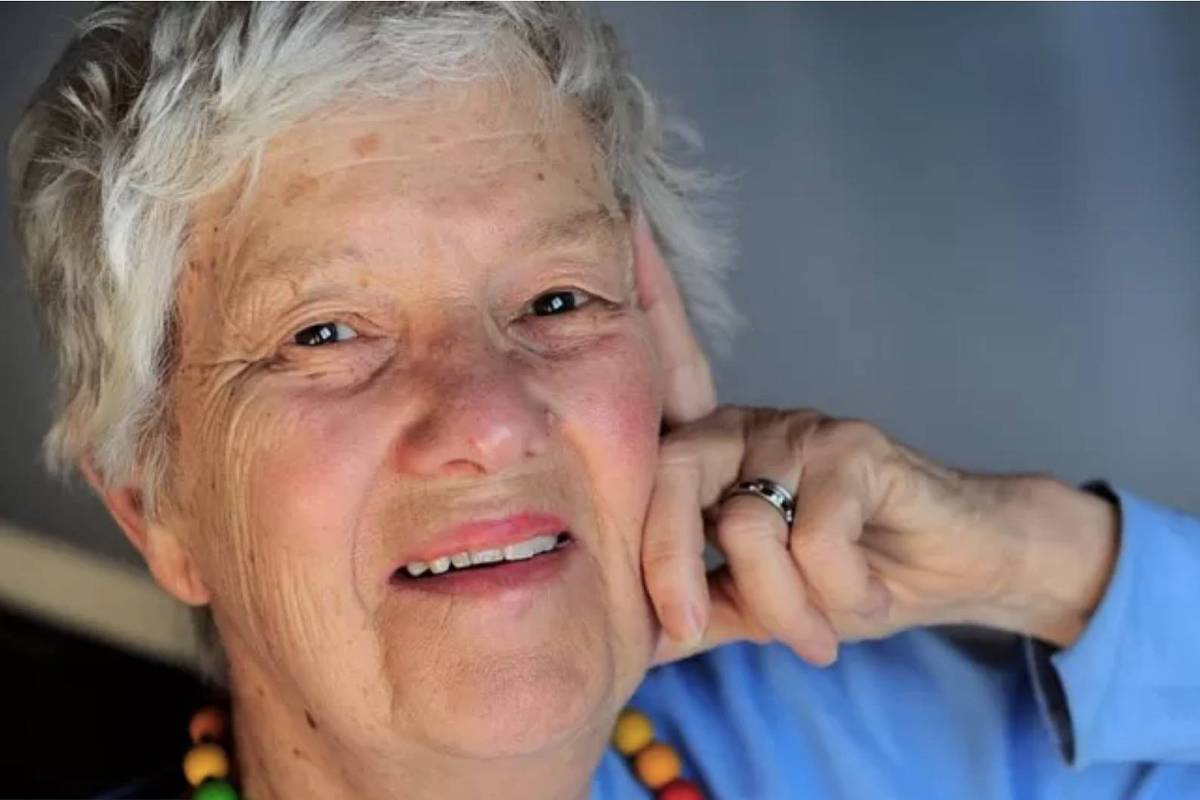 The Three Women Who Changed Our Way of Seeing the Universe

They had to face the prejudices of society, colleagues and teachers. They received the lowest wages, often had their work ignored because they were women, or their peers or superiors simply appropriated their discoveries.

They even had to fight for basic things, like a women’s bathroom in the workplace.

Very few received their deserved recognition in life. But there are many pioneering women in astronomy. His work helped to make us understand a little more about the Universe.

We highlight three examples of these women who managed to overcome obstacles – some of them still faced by many women today – to change the way we understand the cosmos and inspire future generations: Henrietta Swan Leavitt, Cecilia Payne-Gaposchkin and Vera Rubin.

Henrietta Swan Leavitt: The Measures of the Universe

One of the pioneers of astronomy, the American Henrietta Swan Leavitt (1868-1921) began working at the Harvard College Observatory in 1895.

She charged 30 cents an hour and had been nearly deaf since she was 17. But her discoveries gave us the key to understanding the measurements of the universe and are still used today to measure the expansion of the cosmos.

Leavitt was part of an extraordinary group of women known as the “Harvard computers.” Astronomer Edward Charles Pickering commissioned them to process and classify the massive amounts of images of the universe needed for his studies.

Women charged much less. Therefore, Pickering was able to hire several employees. They were also considered conscientious and observant – ideal for the monotonous, repetitive work that was required for data analysis.

As they were women, none of them had the right to operate the telescopes, which greatly limited their work. And colleagues referred to the group disparagingly as “Pickering’s harem.”

Leavitt was tasked with working with variable stars called Cepheids, whose brightness changes over time.

In 1908, despite the restrictions imposed on her work, she noticed a detail to which other scientists had not paid much attention: the stars twinkled with a regular rhythm and, the longer the period, the greater their intrinsic luminosity.

This pattern is known today as “Leavitt’s law”. According to her, a star that takes longer to twinkle is intrinsically brighter than one that flickers quickly.

The discovery could have been a simple curiosity, until Leavitt applied this knowledge to images of the Small Magellanic Cloud, a dwarf galaxy close to the Milky Way. And, in this smaller sample, his theory could be seen even more clearly.

Leavitt concluded that simply by measuring the pulsation speed (which can vary from days to weeks) and viewing its brightness from Earth, the astronomer can deduce the distance to the observed object. The discovery was so revolutionary that it transformed the two-dimensional image we had of the Universe into a 3D image.

Her work, perhaps because it was advanced for the time or simply because it was the work of a woman, was abandoned for a decade and was only resumed after the premature death of its discoverer, a victim of stomach cancer.

Astronomer Edwin Hubble built on Leavitt’s 1920 discovery to deduce that the patches of light in the sky are entire galaxies, much more distant than our own. Thus, he taught us that the universe is much bigger than we imagined.

Cecilia Payne (later Payne-Gaposchkin, 1900-1979) was the only woman in her physics class at the University of Cambridge, UK. She had to sit in the front row and endure daily humiliation from colleagues.

One of his teachers was the father of nuclear physics, Ernest Rutherford. He would stare at her and begin the lesson: “Ladies and gentlemen…”

“All the men regularly greeted this scene with thunderous applause and stamping of feet… every class, I wanted to sink into the earth. To this day, I instinctively take the deepest possible seat in a lecture hall,” confessed Payne-Gaposchkin in his autobiography.

The disdain of her colleagues did not discourage her. But Payne figured that, as a woman, she would have more opportunity to work in astronomy in the US than in her native UK.

In fact, even though she completed her studies at Cambridge, she never managed to receive her diploma. The University would only allow women to graduate in 1948.

In 1923, Payne-Gaposchkin got a research grant to enter the Harvard College Observatory in the United States. There, she worked alongside the female “Harvard computers”, as did Henrietta Swan Leavitt.

Using the latest knowledge of quantum physics, she elaborated on the notion that stars are composed primarily of hydrogen and helium. At the time, it was a revolutionary idea.

She observed a large variation in stellar absorption lines and demonstrated that this variation was due to different levels of ionization at different temperatures, not different amounts of elements.

Until then, science had not been able to deduce what the stars were made of. It was believed that its ingredients would be similar to those on planet Earth. But Payne-Gaposchkin claimed that stars were much simpler than previously thought and included his findings in his doctoral thesis.

In 1925, one of the most recognized astronomers of the time, Henry Norris Russell, advised Payne-Gaposchkin to eliminate this idea from the thesis, because it went against the dominant current of thought. But a few years later Russell arrived at the same conclusion as Payne using other methods. So he ended up, for many years, taking credit for the discovery.

A pioneer in many fields, Payne-Gaposchkin was the first female doctor and physicist at Radcliffe College, as the women’s section of Harvard was then called. And years later, she became the first woman to head the Department of Astronomy at Harvard University.

As a young girl, Vera Rubin (1928-2016) built her first telescope with a cardboard tube she won at a linoleum store and small lenses she bought at a science supply store.

Years later, she was the first woman authorized to operate the Palomar Observatory in California (United States). There she made a discovery whose mysteries are still being deciphered today: dark matter.

Currently, the observatory with the most powerful lens ever made for a telescope is being built in northern Chile and bears his name.

His family always encouraged his talent and passion for science. But when Rubin told her physics professor at the institute, where she was practically the only woman, that she planned to go to university, he recommended that she avoid scientific careers.

Luckily, Rubin didn’t pay attention and graduated from Vassar College in the United States in 1948.

She completed her doctorate six years later while caring for her young children. She often had to attend evening classes while her parents looked after the children and her husband, who was also a scientist, waited in the car.

Vera Rubin had to face, for almost her entire career, the sexist prejudices of those who considered that the life of a mother of four children was incompatible with science, but she was always combative.

One example occurred when she finally gained access to the Palomar Observatory, where there was no women’s bathroom. Rubin decided to reaffirm his position and taped a sheet of paper to the door of the men’s room to create one of his own.

Throughout her life, she fought for the inclusion of women in scientific committees and conferences.

Rubin was fascinated by spiral galaxies and wanted to study how they rotated. At that time, it was considered that the rotation should slow down with the distance to the center of the galaxy, in the same way that planets orbit more slowly the farther they are from the Sun.

In one of her first studies, she questioned this idea, and although her position was met with skepticism, it turned out that she was right.

Later, in the 1970s, Rubin discovered something surprising. The galaxies she observed rotated so fast that it would be logical for them to separate if the only thing responsible for keeping them together was the gravity of the stars.

But since the galaxies didn’t pull apart, there had to be something bigger, but totally invisible, exerting that force: dark matter.

Today, after 50 years, we know that dark matter makes up about 84% of the Universe. We are still trying to understand what it is about.

EE: From renewable sources the largest energy production for 2022